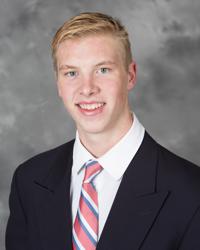 - Scored one goal and added 18 assists in 58 games

- Led all defensemen on team with 15 points (7-8) in 24 games
- Of his seven goals, one was on the power play, one shorthanded and two were game-winners
- Scored two goals and added one assist in four playoff games