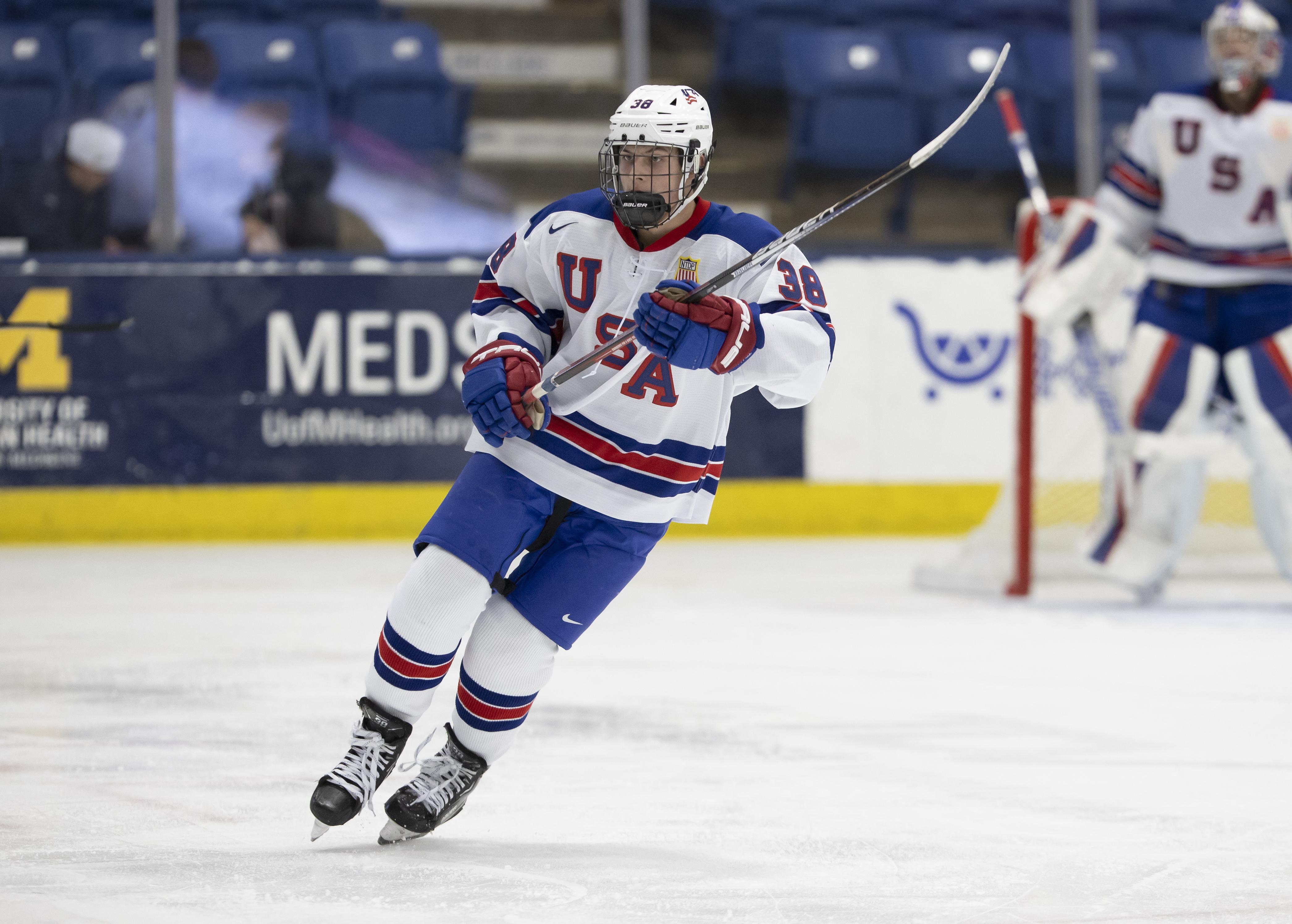 YOUNGSTOWN, Ohio – The U.S. National Under-17 Team held off the Phantoms and skated to a 3-2 win Saturday night inside the Covelli Centre. Forward Kristian Epperson (Mequon, Wis.) netted the eventual game-winning goal at the 12:45 mark of the third, while Kamil Bednarik (Elmhurst, Ill.) and Dakoda Rheaume-Mullen (Northville, Mich.) netted a goal in the victory.

Youngstown was quick to get on the board, making it a 1-0 game 1:04 into the period. Forward Kenta Isogai made a move at the blue line that left him all alone driving towards the net before the eventual goal. Team USA nearly tied things up with two quality chances, their first coming at the 16:00 minute mark. James Hagens (Hauppauge, N.Y.) slid the puck from the goal line to Brodie Ziemer (Hutchinson, Minn.) right at the crease before Phantom's netminder Colin Winn made the save. Minutes later, Brendan McMorrow (Lakeville, Minn.) almost cleaned up a rebound waiting in front, but the paddle of Winn blocked it aside for a Phantom's 1-0 lead after 20.

The U.S. got on the board near the midway point of the second to knot things up. After a battle at the boards in the U.S. offensive zone, a failed clear was intercepted by Bednarik who chopped it to Charlie Pardue (Winnetka, Ill.). Pardue dashed towards the slot and found Noah Lapointe (Hinsdale, Ill.) on his wing. Lapointe squeezed a pass across the ice to a streaking Bednarik who had an open net to work with and potted his seventh of the year.

Rheaume-Mullen netted his third of the season to break the stalemate and put Team USA in front. On the power play, Youngstown attempted the clear the puck following a rebound but Rheaume-Mullen halted it at the blue line. The defenseman skated towards the net before he sniped one top shelf to take the lead into intermission.

Play continued back and forth in the the third with opportunities on both ends but both goalies came up in big moments to keep the game at bay. That was until the U.S. broke the scoring open in the third at the 12:45 mark with help from Epperson. Sam Laurila (Moorhead, Minn.) tried to get around a Phantoms defender but he got a stick on the puck but didn't gain control. Epperson swiped at the loose puck and beat Winn for an insurance goal. The goal was much needed as Youngstown's Shane Lachance netted one :39 seconds later to bring it back to a one-goal game.

Youngstown threw everything at the U.S. in the final minute with its net empty, but the U17s were up for the test and didn't surrender another goal to skate to the 3-2 win.