Season kicks off with USHL Fall Classic on September 25

PLYMOUTH, Mich. - USA Hockey's National Team Development program, in conjunction with the USHL, has announced its USHL regular season schedule for the 2021-22 season. The campaign kicks off for Team USA on September 25-26 as the U18s head to the  Pittsburgh area for the USHL Fall Classic to take on the Sioux City Musketeers and Fargo Force. 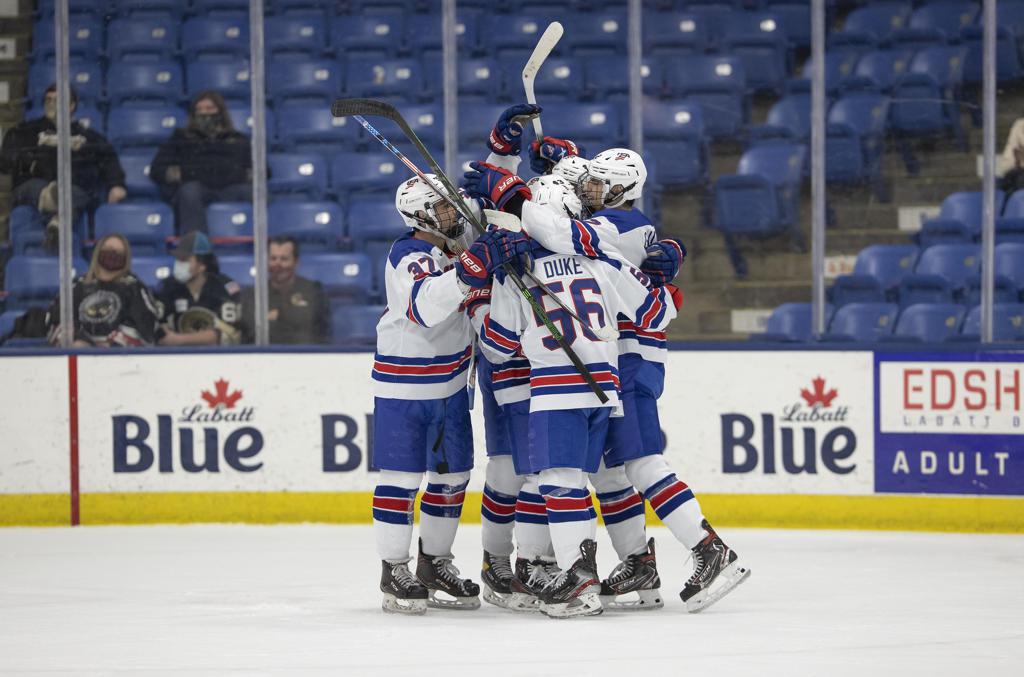 Team USA will play a 62-game schedule that will be regionally based, meaning that both the Under-17 and Under-18 Teams will only play teams from the USHL's Eastern Conference. The lone exception will be at the USHL Fall Classic in Cranberry Township, Pennsylvania, when the U18s will square off against Fargo and Sioux City from the Western Conference.

GET FAMILIAR
Team USA will meet the Youngstown Phantoms a season-high 12 times, with an even split of six at USA Hockey Arena and six at Covelli Centre in Ohio. They will also see the Muskegon Lumberjacks for double-digit games throughout the year with six coming at USA Hockey Arena and five at Mercy Health Arena on the west side.

HAPPY AT HOME
Combined, Team USA will have a pair of five-game homestands at USA Hockey Arena throughout the season. The first comes early in the year from October 15 through October 30. The second set starts on February 26 until March 6. On an individual team basis, the U18s play five straight at home from March 19 - March 27.

ON THE ROAD AGAIN
Team USA holds a season-long combined six-game road trip near the end of the regular season from March 27 through April 9, three games apiece for both the U17s and U18s. The Under-17 Team will have a six-game trip by itself from January 28 when they head to Youngstown for three straight through February 20 when they finish their USHL roadie in Chicago.

WELCOME BACK
The USHL welcomes back the Madison Capitols and Cedar Rapids RoughRiders to the league this season after both teams were inactive during the 2020-21 year. Team USA will face the Capitols eight times this year while they see the RoughRiders for a combined seven games.

MARCH-ING ALONG
Team USA will play 14 games in the month of March, the most in any month of play this season. Nine of those games will be hosted at USA Hockey Arena.

Details for all 62 games are listed below. All games, times and locations are subject to change. Individual game tickets will go on sale at a later date this summer. For the best guaranteed ticketing options, season, group and premium seating packages are now available. Call the USA Hockey Arena box office at 734-453-6400 to get yours today. The 2021-22 promotional schedule will be announced at a future date.