Son of ex-NHLer Sebastien, Bordeleau grew up in Montreal 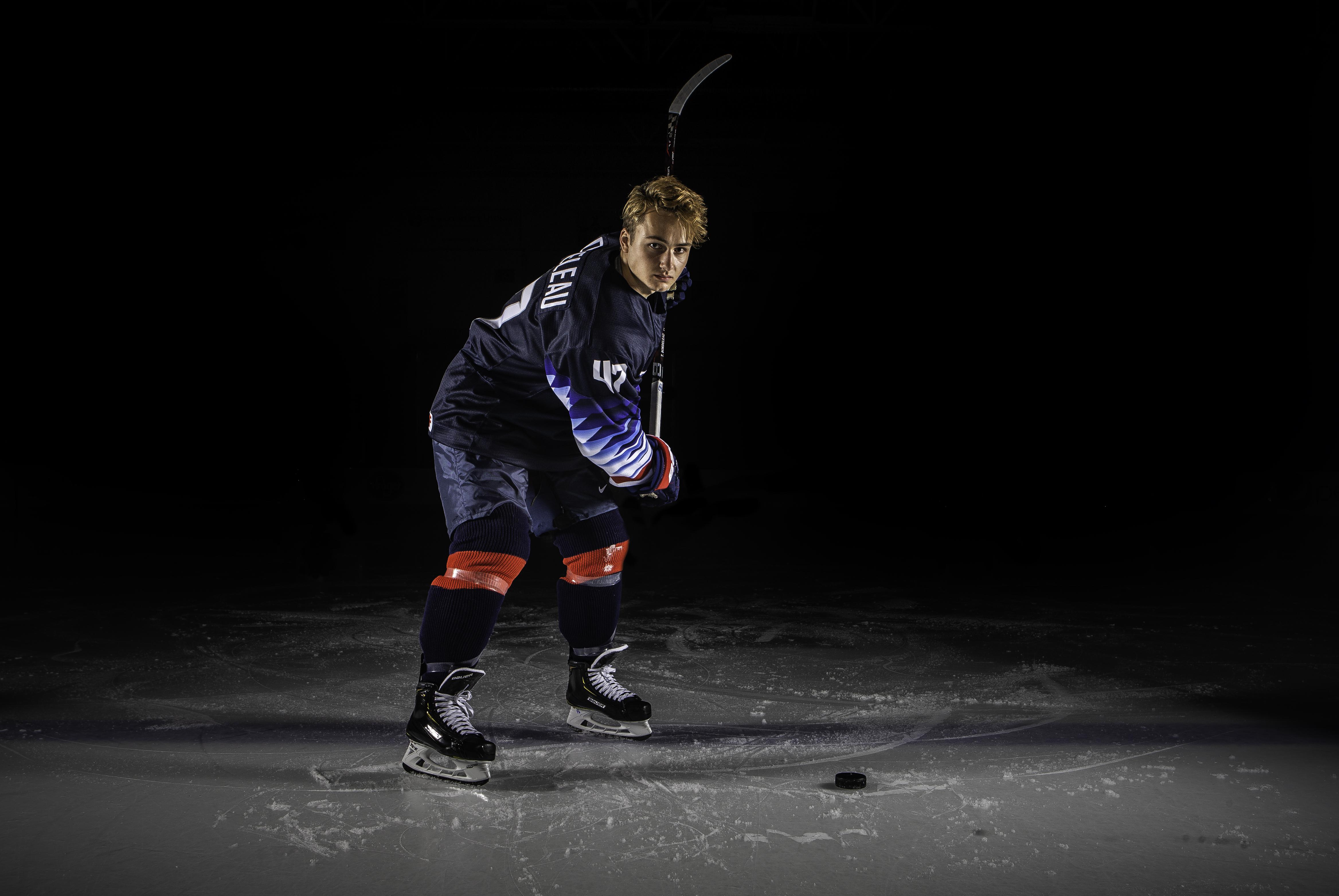 There is one special person that Thomas Bordeleau credits for his love of hockey and that is his dad Sebastien.

“My dad taught me everything that I know about the sport,” he explained. “He played professionally so he knows his stuff. I have been around the sport my whole life.

“My dad really helps me both on and off the ice. He has really helped me get to this high level of hockey and to where I am today. He has always been around and will give me tips.”

After all, Sebastien Bordeleau played professional hockey for 17 years, including parts of seven seasons in the National Hockey League with the Montreal Canadiens, Nashville Predators, Arizona Coyotes and Minnesota Wild. He also spent 10 years playing in the Swiss League.

“I was 2 ½ years old and I remember when he was playing in Switzerland,” recalled Bordeleau. “After games he would bring me down to the locker room and I would get to see everyone. The first time I was in the locker room, I really saw what hockey was all about.

Growing up in Montreal, Quebec, Bordeleau didn’t know much about USA Hockey’s National Team Development Program. However, his family had a close friend who was very familiar with the program and the players that it has produced throughout the years.

“Since I had been living in Montreal, I had not really heard about the program,” he explained. “Jim Hughes, Jack’s dad, was helping me with the colleges and he told me about his sons Quinn [NTDP player from 2015-17] and Jack [current Under-18 player]. I took a look at it and then [Director of Player Personnel] Kevin Reiter came to see me play.

“The first time I was here was when I was at the top 40 camp last March. I realized then that I wanted to be part of the program.”

It should come as no surprise that when Bordeleau was offered a spot, it was something that took just a few minutes for him to answer.

Favorite Pump-Up Song
'Till I Collapse

One Place to Travel...
Iceland

“My mom and dad, who are both Canadian, are so happy for me and have been very supportive of me being able to represent the U.S.,” said Bordeleau, who was born in Houston, Texas. “When I got the offer to play here, I was so ecstatic. I told them that I needed time to think about it, but I knew right away that I wanted to play here.”

For Bordeleau, the transition to Plymouth and the NTDP wasn’t as difficult as he thought it would be. Of course, he had some experience in moving during his life.

“It wasn’t that difficult,” he stated. “I have been moving my whole life between Switzerland, Canada and Florida with my parents. Being away from home, it has not been that hard for me. It has helped that I am getting used to living here and feeling good. The coaching staff and team have really helped me. I usually get to see my parents about once a month.”

The 5-foot-9, 172-pound forward credits the program for the growth in his game since arriving in late August.

“The coaching staff is unreal,” said Bordeleau. “They have so many tools they can give us. I think the most growth I have had in the mental part of my game — it has grown so much — and of course, how to compete. That compete level and the urgency to create something on the ice has definitely improved since I have been here.”

Bordeleau and his Under-17 teammates will play in their final international tournament of the season, the Five Nations in Sweden this week. It’s going to take a simple formula to have success for this team.

“We need to play within our identity,” said Bordeleau, who actually speaks two languages in English and French. “When we do this, we can win USHL games. Even if we do not win, we give USHL teams a hard time. When we try to get too creative or go one-on-one, we tend to lose those games more than we win them.

“To win in Sweden, we need to go hard on every shift and compete. We have to play our game, using our speed and physicality. If we do this than our skills will show. We have to play with perseverance and determination.”

The U17 year can be challenging, but there was one huge wake-up call for Bordeleau and his teammates. It is something that he still thinks about every day.

“I think the U17 Challenge was a wake-up call for us,” he stated. “We were ashamed of our finish and it really pushed us to work hard and compete. It was our goal to get better every day and prove that we were not the team that finished last in Canada.

“This attitude really helped us improve so much. We won some big games in the USHL and beat Russia once in our second international tournament and just lost a second game to them.”

This is a huge reason why wearing the colors of Team USA are so very important to him.

“It means everything,” he said. “I know it sounds cliché but being able to play for your country and have the opportunity to wear the jersey every game and every practice, it’s special.

“I take so much pride in wearing it. It really pushes you to work hard and compete. I’m very proud to wear the jersey and I’m proud of the opportunity I earned to wear it.”