Trevor Zegras Enjoying Memories Made in Under-18 Season

NTDP forward will head to Boston University next year 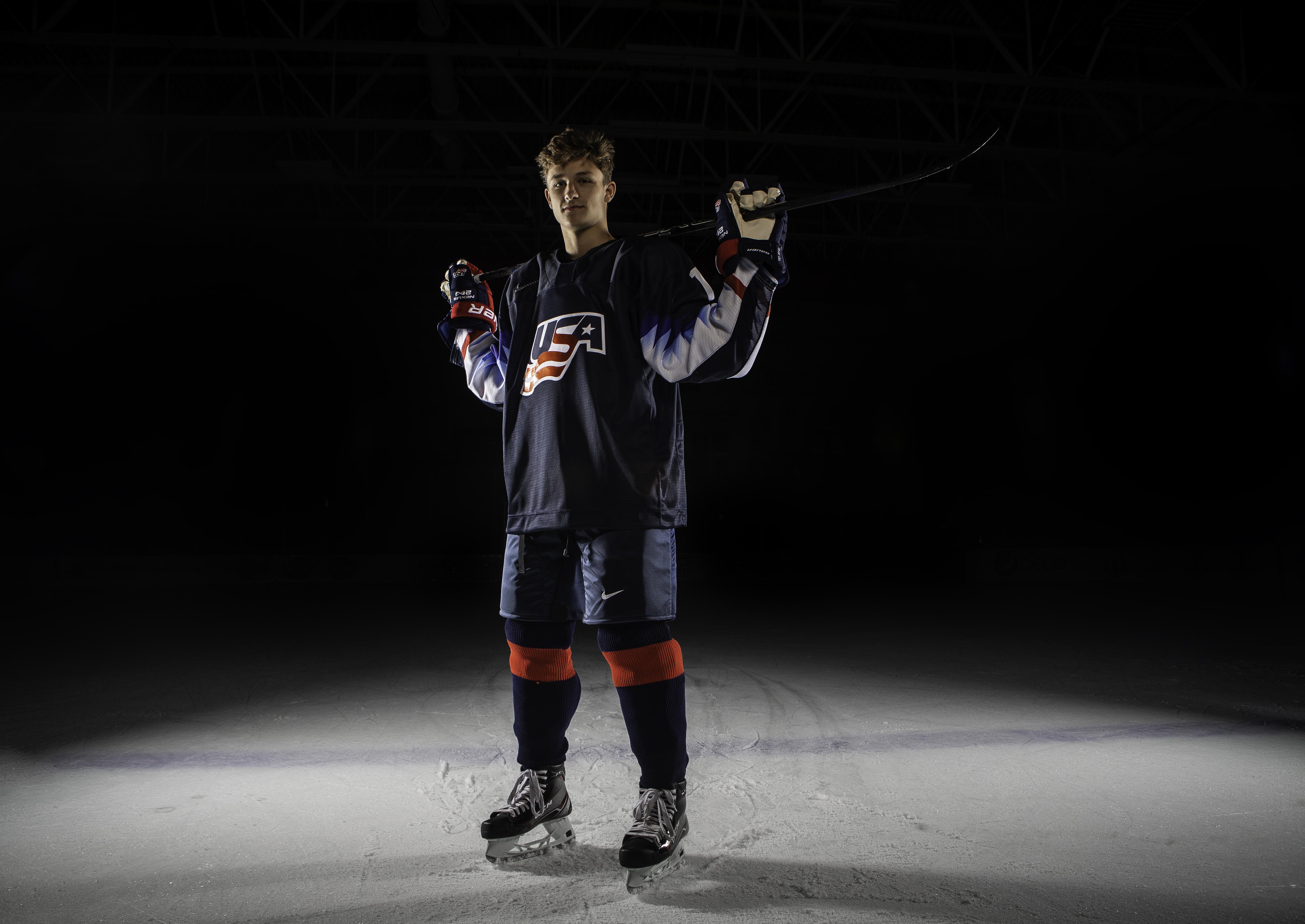 There have been plenty of memories both on and off the ice for Trevor Zegras as a member of USA Hockey’s National Team Development Program. One special moment came Oct. 19 when he got the chance to play on his future home ice against Boston University at Agganis Arena.

“I have wanted to go to BU and play college hockey there for as long as I can remember,” Zegras, who picked up three assists in the game, said. “To be able to go play there, even as a visitor, it got me very excited for my future. I cannot wait to go there next year.

“Even though we lost in overtime, I think we played a good game. It was fun to be there and the fans even clapped for me when the starters were announced.”

With his aforementioned long-standing goal to become a Terrier, it became an easy decision for Zegras to commit to BU.

“They have a great program and coaching staff,” Zegras said. “I already know [former NTDP players] Joel Farabee and Jake Wise, who are there right now. Plus, a few of my current teammates will be heading there next year so we will already have that connection.

“It was always a goal of mine to play in Boston. I knew a little about the BU program as I have skated with Patrick Harper and [former NTDP player] Chad Krys in the summer."

In addition, Zegras appreciates the head start he will have when he heads to BU next fall as he had already faced collegiate opponents.

“Playing against colleges is good for us; it definitely is tougher competition,” Zegras said. “It's a grind, but we had a good finish against the college foes [10-6-1]. It will definitely give me a step up when I head to BU next year.”

The 6-foot, 169-pound forward has already noticed a big difference on the ice this season as a member of the Under-18 team from his first season with the red, white and blue.

“My confidence — I am playing with more confidence on the ice and I have the puck on my stick more," Zegras said. "I have good teammates and that really helps with my level of comfort."

Over the course of the past five games, Zegras has tallied six assists, but deflected the credit to his teammates for putting the puck in the net.

“I have good linemates that can score,” Zegras said. “Plus, it also helps I am currently on a line with one of the top goal scorers at the NTDP in Cole [Caufield].”

Most memorable moment or achievement
Playing in the Quebec Pee Wee tournament was the most memorable and making the USA Nationals my Bantam Major year with Mid Fairfield.

Which celebrity would you carpool karaoke with?
Seth Rogen

In addition, the Bedford, New York, native realizes he is playing with a very special group of players on the ice.

“We have just about every role possible on this hockey team," Zegras said. "It’s a special group. We have guys who can skate and others who can play the game a different way. I believe our defensive core is one of the best. We have great goaltending.

“We have probably one of the best teams in NTDP history. I think that we can play with anybody. It’s a very special group of players.”

Zegras also takes to heart some advice from U18 head coach John Wroblewski.

“Just be yourself and play with confidence,” Zegras said of his coach’s advice. “It was good to hear and know that he has trust in me and our team. I just need to play my game and work hard, and everything else will take care of itself.”

The advice came in handy at the 2018 USA Hockey All-American Prospects Game in St. Paul, Minnesota, when Zegras tallied the game-winning goal for Team Jamie Langenbrunner in a 6-4 win.

“It was a huge goal for us and a fun game to play in,” Zegras said. “It was great to see the top American hockey players on one sheet. The Wild did a fantastic job with the event.”

It’s a special group. We have guys who can skate and others who can play the game a different way.

At this point, Zegras is focused on a strong finish to his season. He and his U18 teammates will head to the Under-18 Five Nations Tournament from Feb. 3-10 in Sochi, Russia.

“We really need to stick to our game plan,” Zegras said. “It's really something that we try to do in each tournament. We want to outwork our opponents and play our game and show teams who is in charge.”

There is something about international competition that Zegras and his teammates thrive on. The group has won their first four tournaments they've been a part of, including the Five Nations in the Czech Republic in November 2018.

“When we play an international game, there are so many things that go into it,” Zegras said. “We need to play a full three periods and we have to dictate the play, which is something that I think we do a good job of during games. We need to play physical and really set the tone of play. I think I will always remember scoring 10 goals against Canada in Canada at the Under-17 World Challenge [in November 2017].” 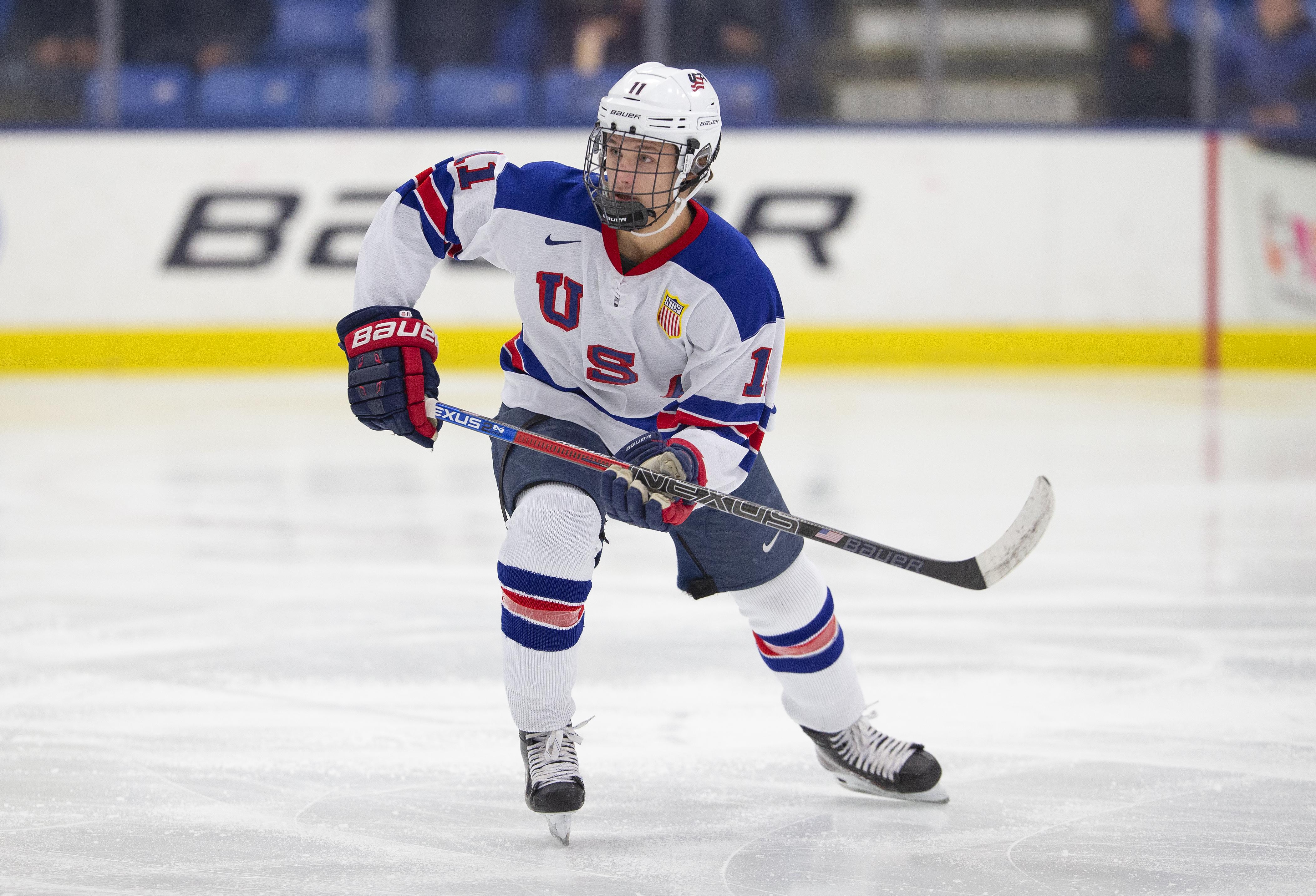 At the end of the day, one memory will remain for Zegras and that is just how special it's been to wear the USA jersey every day.

“This is my second year wearing the jersey and it has been such a cool experience,” Zegras said. “I may never wear the USA jersey again after these two years but this will be something that I will never forget. It was something that I knew I wanted to do and I have been able to enjoy the experience.”