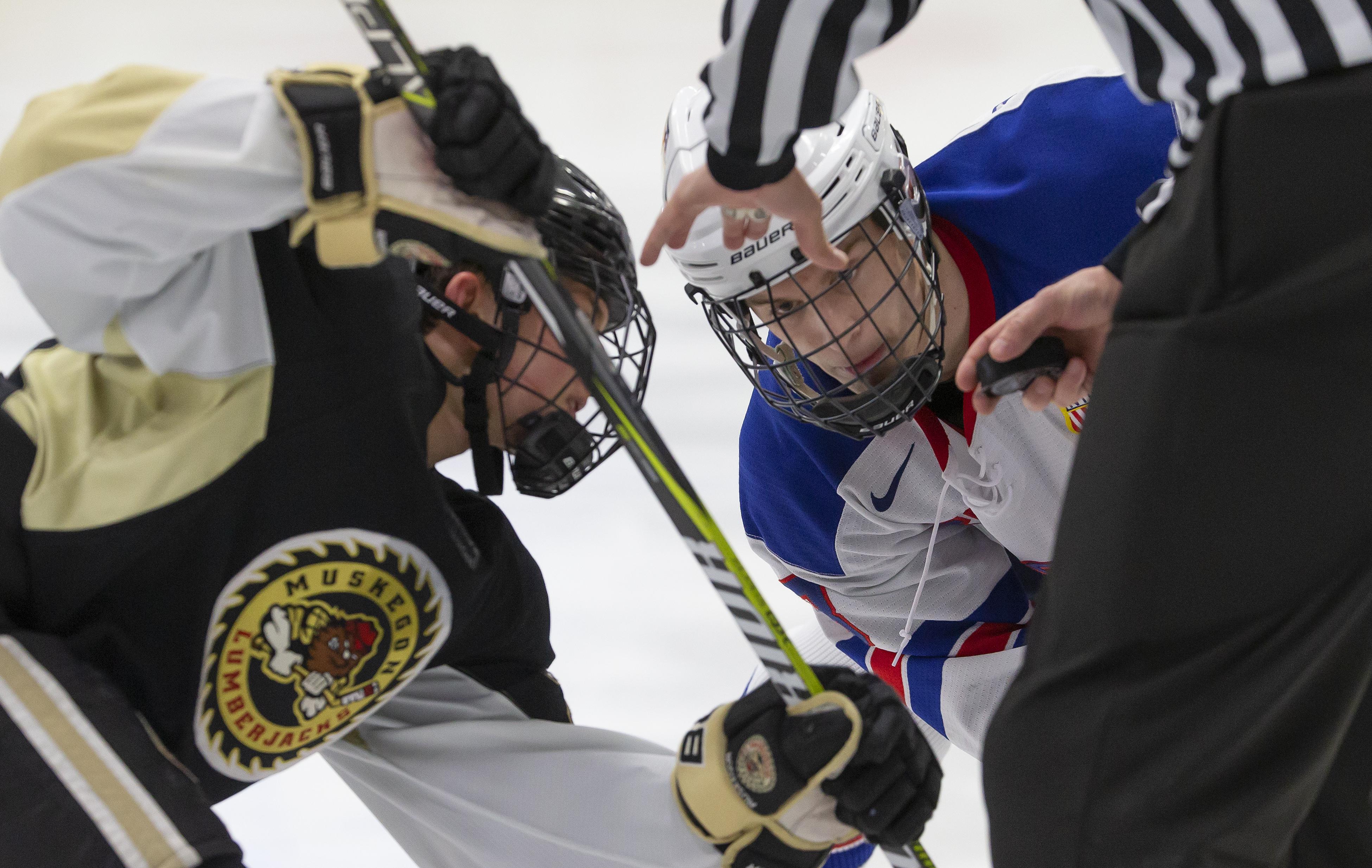 Zegras put Team USA on the board at 2:05 of the first period, snagging the puck from the corner and sending the puck past Lumberjacks goaltender Brandon Bussi, unassisted.

The U18s held the Lumberjacks to two shots on goal throughout the first frame, outshooting its opponents by an 18-2 margin.

Spencer Knight (Darien, Conn.) made 14 saves throughout the second period, including a stop on Bobby Lynch’s opportunity at 3:49 as he pulled away from U18 defense and drove to the net.

The Lumberjacks tied the game at one apiece at 7:58 of the middle frame as Mikael Hakkarainen sent the puck five-hole off of a pass from Alex Yakovenko.

Beecher tipped Matthew Boldy’s (Millis, Mass.) shot from the top of the circles to record a powerplay goal and restore the U18’s one-goal lead with 4:55 remaining in the period. Alex Vlasic (Wilmette, Ill.) also tallied an assist on play.

The U18s extended its lead to 3-1 at 7:11 of the third period when Fensore received a pass from Beecher and carried the puck into the slot, sending the puck past Bussi’s glove side.

Zegras scored his second of the game with 9:32 remaining in the third period, shooting the puck bar down off of assists from Vlasic and Fensore and sealing Team USA’s 4-1 victory.

Knight made 21 saves and played a full game in net for the U18s.

The U.S. National Under-18 Team returns to play at USA Hockey Arena on Friday (Feb. 1) in a 7 p.m. ET matchup against the Chicago Steel. Tickets for all home games are available for purchase at USAHockeyNTDP.com/tix or by calling or visiting the box office.