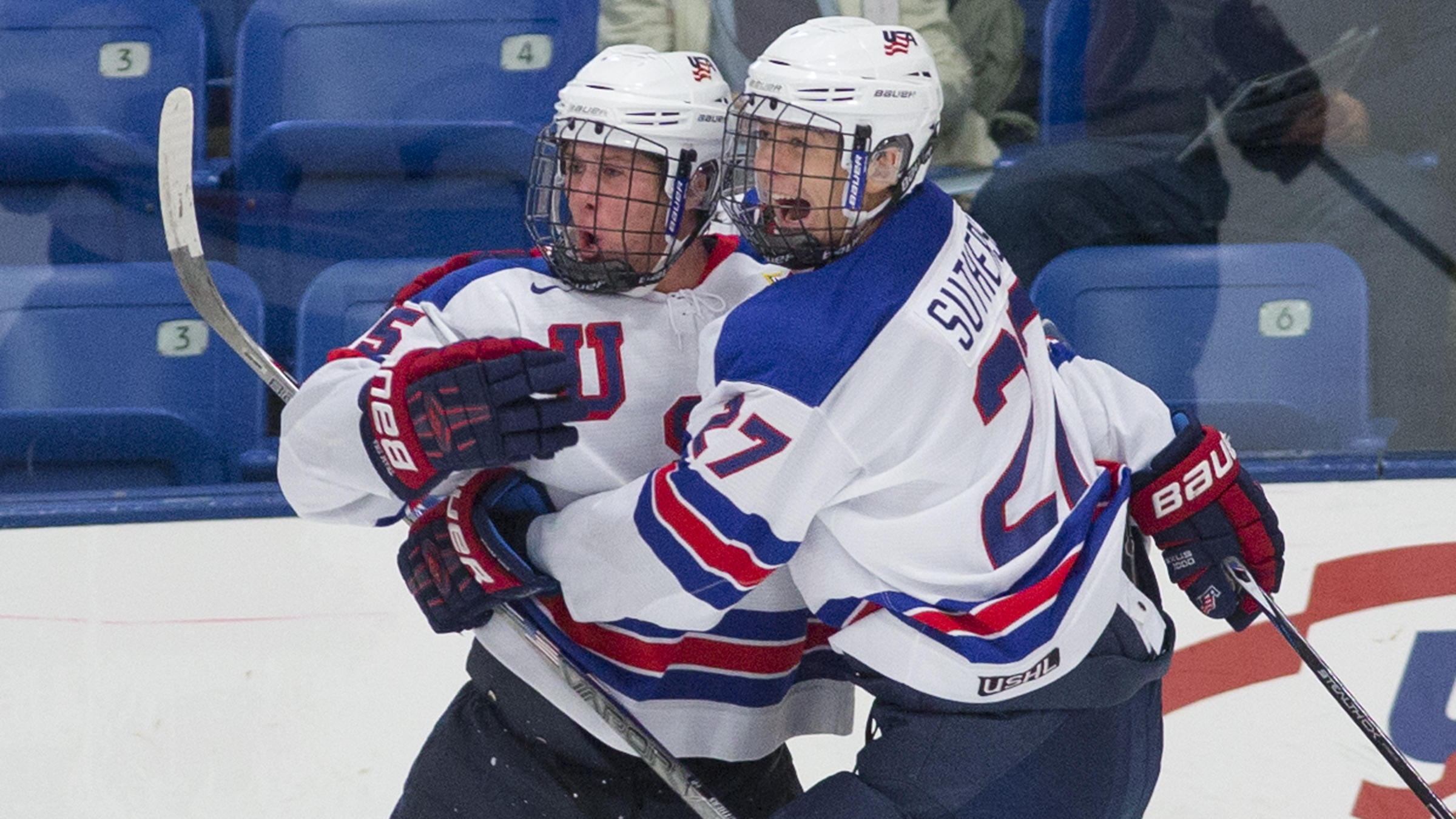 Massachusetts to Tennessee and back.

The current Boston College forward carved a unique path toward a successful hockey career, to say the least, and a two-year stint with USA Hockey’s National Team Development Program added to the journey.

“You know it comes with higher standards at the rink, in the community and at school,” Walker said. “It was a privilege each day to represent your country.”

Wearing the red, white and blue jersey had always been an aspiration of Walker’s. Friends and classmates told him playing in the Western States Hockey League (WSHL) might be more realistic.

“During school assignments I always said I wanted to be a professional hockey player,” Walker, who suited up for the NTDP from 2014-16, said. “I always told them just wait and see.”

While joining an NHL club is still on his radar, Walker’s already got a taste of what it takes to play at the next level. He’s spent the past two summers at the Nashville Predators Development Camp and stacked up his game against some of the organization’s top up-and-coming talents.

“My family actually lives in Nashville now, so it’s been a good experience for me to put my foot in the door of a professional program and get to know their personnel,” Walker said.

Scott Nichol, general manager of the Predators’ AHL affiliate in Milwaukee, became an important connection and opens the ice whenever Walker decides to lace up his skates for some extra work.

Constant improvement is the name of the game, and Walker’s winding path across numerous states helped him develop further at each stage. The first marker: the traditional hockey pipeline of Boise, Idaho.

Walker grew up 10 minutes away from a rink in Boise. He spent the fall and winter months in his home state playing for A and AA programs before traveling to join the Tier I AAA Arizona Bobcats for the spring and summer sessions.

“I played for Arizona so I could get some exposure,” Walker said. “I was deciding whether or not I should move away from home and pursue it as a full season. (Bobcats coach) Ron Filion was nice enough to reach out to (former Colorado Thunderbirds coach and two-time Stanley Cup champion) Adam Foote when I was still in Idaho.

You know it comes with higher standards at the rink, in the community and at school,” Walker said. “It was a privilege each day to represent your country.

Walker made the decision to pack up his skates and move to Colorado, where he quickly became noticed by larger programs such as the NTDP and Boston College.

“When I played in my first U14 tournament it was my first four games in AAA and someone from the (NTDP) wanted to talk to me. That was a big moment, knowing there’s something waiting for you in the future if you work hard.”

The NTDP invited Walker to its evaluation camp ahead of the 2014-15 season. As the lone kid from Idaho at the camp, the odds were again stacked against him. Walker himself didn’t expect to make the team, but got the checkmark from evaluators when he stepped into former NTDP director of player personnel Peter Ward’s office one day after the camp concluded.

Although injuries marred his Under-17 season, Walker managed to bounce back, strengthen his game and reap the rewards. The pinnacle of his Under-18 season came Oct. 9, 2015, when Walker slipped through a flurry of Chicago Steel defenders at center ice and found the back of the net to mark the first goal scored at the newly-christened USA Hockey Arena in Plymouth, Michigan.

“I thought it was a super cool moment,” Walker said. “I was out the first few months of the season and it had been a slow start for me at the program, so nobody was expecting it. It’s definitely something I’ll remember.”

Walker went on to tally seven goals and 16 points during his NTDP career, which included four points and a bronze medal at the 2015-16 Under-18 World Junior Championship.

“Savage was a good guy to talk to and was a good confidant to make sure you’re doing things right in the transition from juniors to college,” Walker said. “Tuch was my host on an official visit.”

A part of one of college hockey’s most historic programs at Boston College, playing for something larger than oneself is familiar territory for Walker, who did so for two years with Team USA.

“Just the experience of being able to represent something bigger than yourself was a great two years for me,” Walker said. “It was definitely an opportunity I treasure.”