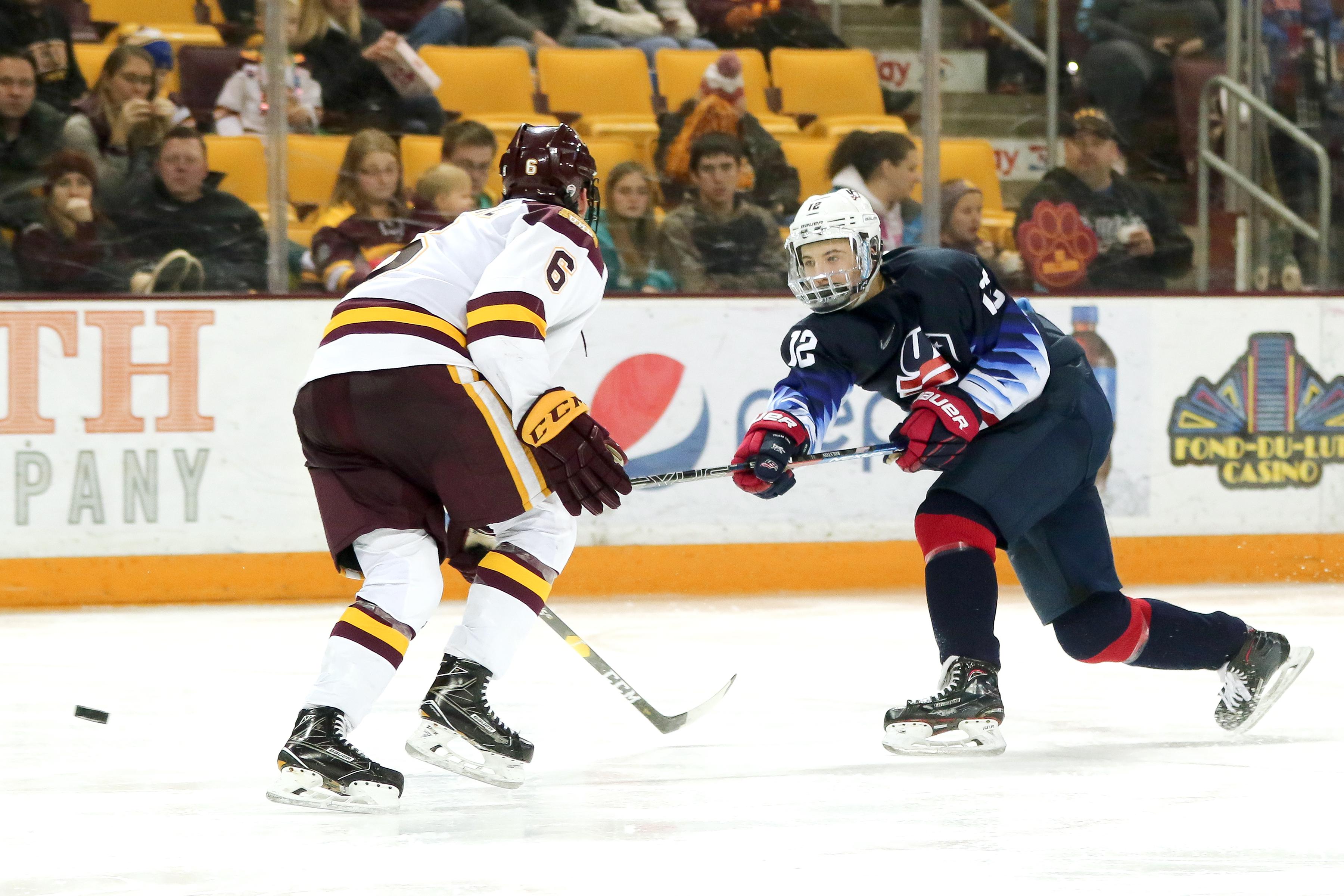 DULUTH, Minn. — The U.S. National Under-18 Team collected its eighth NCAA victory of the season with a 4-2 win over No. 5 University of Minnesota-Duluth on Saturday night at AMSOIL Arena.

Cole Caufield (Stevens Point, Wis.) tallied a pair of goals to pace the U18s, while John Beecher (Elmira, N.Y.) and Michael Gildon (Plano, Texas) also found the back of the net in the win.

Gildon scored the game's first goal 13 minutes, 35 seconds into the first period when he tapped in a power-play goal on the doorstep. The tally marked Gildon's eighth of the season and represented the lone goal of the opening frame.

Team USA converted on the power play for a second time as Caufield buried a pass in tight from Sean Farrell (Hopkinton, Mass.) for his first goal of the game.

The U18s have scored with the man-advantage in three consecutive games, all against collegiate opponents.

Caufield later notched his second when he caused a turnover in the offensive zone and slipped the puck past Bulldogs goaltender Hunter Shepard.

Beecher's fourth goal of the season came off an aggressive forecheck from Patrick Moynihan (Millis, Mass.), whose pressure along the end boards created a turnover. He then found Beecher in the slot to pick up the assist.

Team USA has now won consecutive meetings against Minnesota-Duluth and sports a 3-4-0-1 record all-time against the Bulldogs.

The U18s continue their NCAA slate with a Tuesday tilt against Adrian College. Puck drop is set for 7 p.m. at USA Hockey Arena. Tickets are available at USAHockeyNTDP.com/Tix.