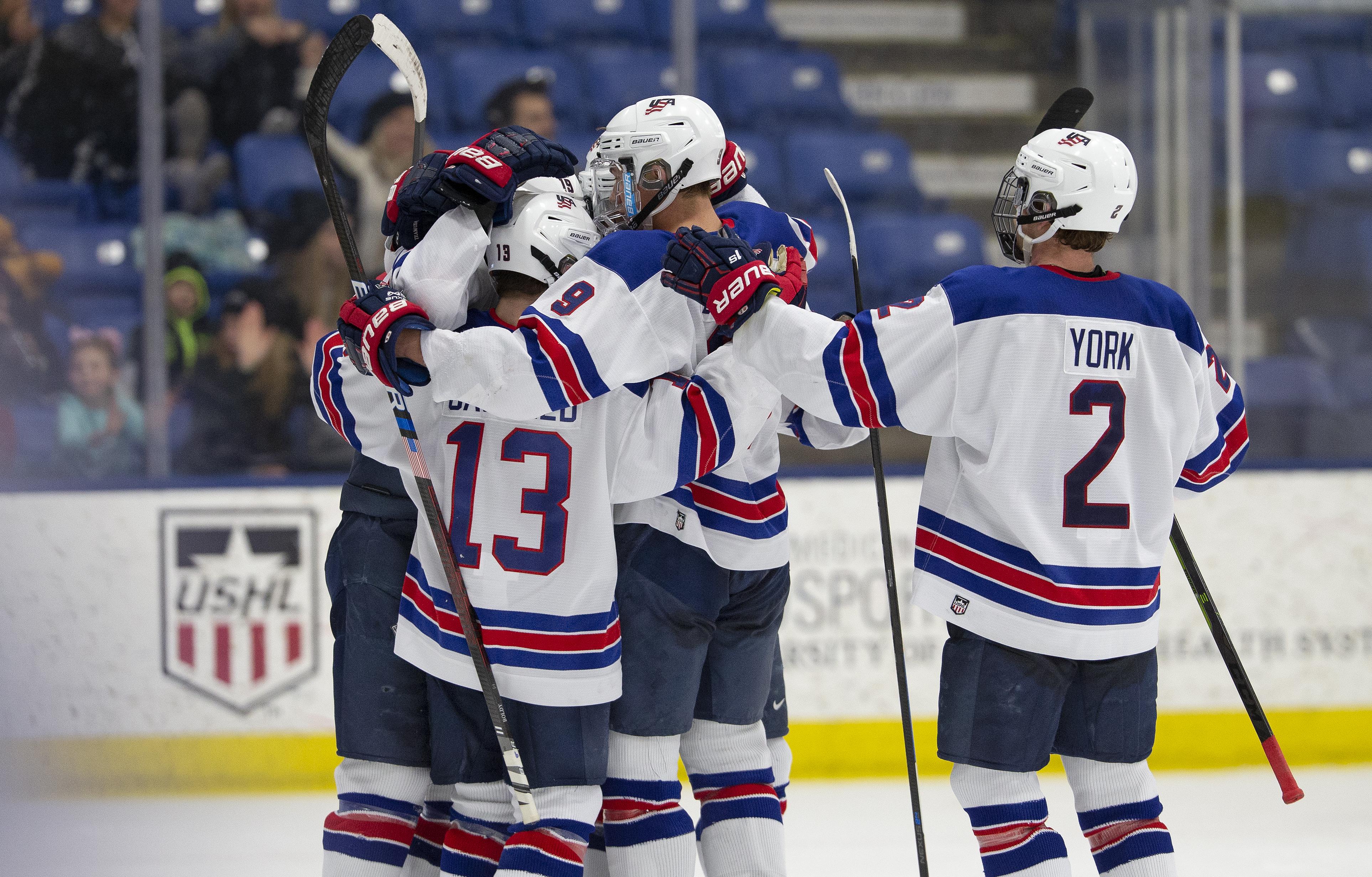 PLYMOUTH, Mich. — The U.S. National Under-18 Team recorded its seventh NCAA victory of the season in a 6-3 win over Holy Cross on Tuesday afternoon at USA Hockey Arena.

Ryder Rolston (Birmingham, Mich.) opened scoring for the U18s when he slipped a shot from the slot past Crusaders goaltender Erik Gordon. The goal, courtesy of helpers from Trevor Zegras (Bedford, N.Y.) and Cole Caufield (Stevens Point, Wis.) from marked Rolston's 10th of the season.

Alex Turcotte (Island Lake, Ill.) doubled the lead for Team USA moments later when he took a breakaway pass at center ice from Marshall Warren (Laurel Hollow, N.Y.) and finished on the forehand.

Holy Cross cut the deficit in half at the 6:16 mark of the first period, only for Caufield to restore the two-goal advantage for the U18s in the second period.

Caufield's first tally, his team-leading 25th of the season, came on the power play when he set up at the left circle and found the back of the net on a one-timer. The U18s have scored a power-play goal in three of their past four games across all competitions.

The future Wisconsin Badger picked up his second goal of the game and 80th of his NTDP career in the third period off a backdoor feed from Sean Farrell (Hopkinton, Mass.).

Turcotte later added his second of the contest, as well, to extend Team USA's lead to 5-1 in the third.

After Holy Cross added a pair of late goals to cut into the deficit, Rolston delivered his second of the game to seal the win.

Cameron Rowe (Wilmette, Ill.) stopped 23 of 26 shots in net for the U18s, including a highlight-reel glove save with Crusaders center Conner Jean on the doorstep.

The U18s continue their NCAA slate when they travel to face the University of Minnesota-Duluth on Saturday. Puck drop is set for 8:07 p.m. EST at AMSOIL Arena in Duluth, Minnesota.

The U18s return to USA Hockey Arena at 7 p.m. Tuesday against Adrian College. Tickets are available at USAHockeyNTDP.com/Tix.