The U17s return to action on Jan. 3 against Tri-City Storm 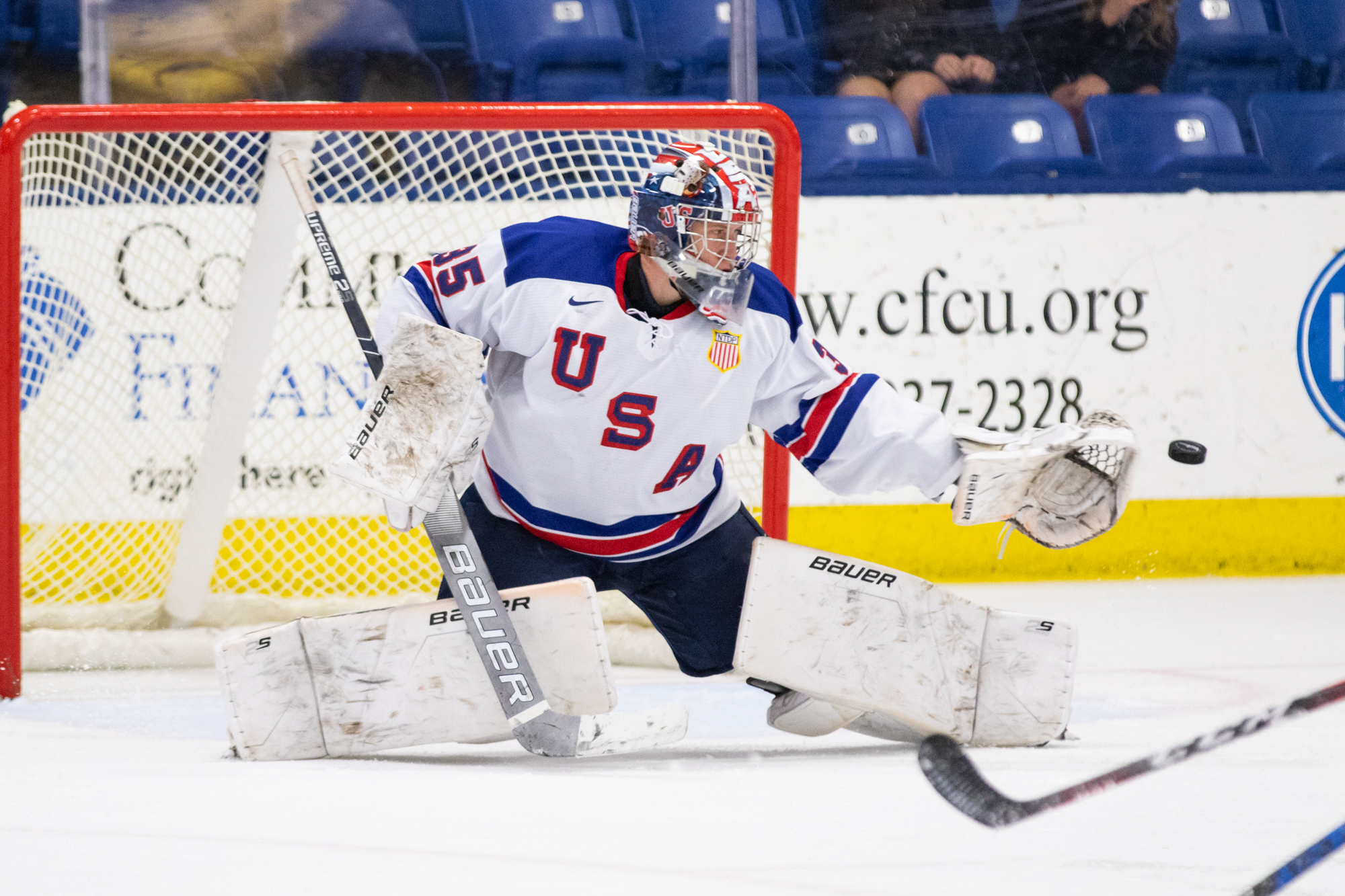 The Steel struck 10 seconds into regulation with a goal from Neil Shea, assisted by Christian Sarlo and Nick Abruzzese, capturing a 1-0 lead.

Despite a successful penalty kill and two power play opportunities in the first frame, the U17s could not find the back of the net and entered the intermission with a one-goal deficit.

The score remained locked at 1-0 after forty minutes of play. Drew Commesso (Norwell, Mass.) made eight saves in the period to keep the Steel off of the scoreboard.

Chicago doubled its lead early in the third period as Shea scored his second goal of the game within 16 seconds of the opening faceoff.

Team USA got on the board at 3:33 with an unassisted, power play goal from Tuch, who sent the puck past Robbins from the top of the circle, putting the U17s within one.

John Spetz scored a power play goal at 8:52, with an assist from Travis Treloar, to extend the Steel's lead to 4-1.

Dzhaniyev tucked the puck into Chicago’s net during a scrum at 9:49, cutting the Steel's lead to 4-2.

Chicago’s Abruzzese scored with 6:46 remaining, and Matteo Pietroniro scored on an empty net with 3:27 to go, putting the Steel’s ahead by a four-goal margin.

Bordeleau scored with 2:09 left in the third period to put the U17s within three, but Team USA ultimately could not recover from the deficit.

Commesso made 24 saves in the loss.

The U17s return USA Hockey Arena for another USHL matchup on Jan. 3 at 7:00 p.m. ET against the Tri-City Storm. Tickets for all Team USA games can be purchased by visiting the USA Hockey Arena box office located at 14900 Beck Rd. in Plymouth, Michigan, by calling 743-453-8400 or by visiting USAHockeyNTDP.com/Tix.