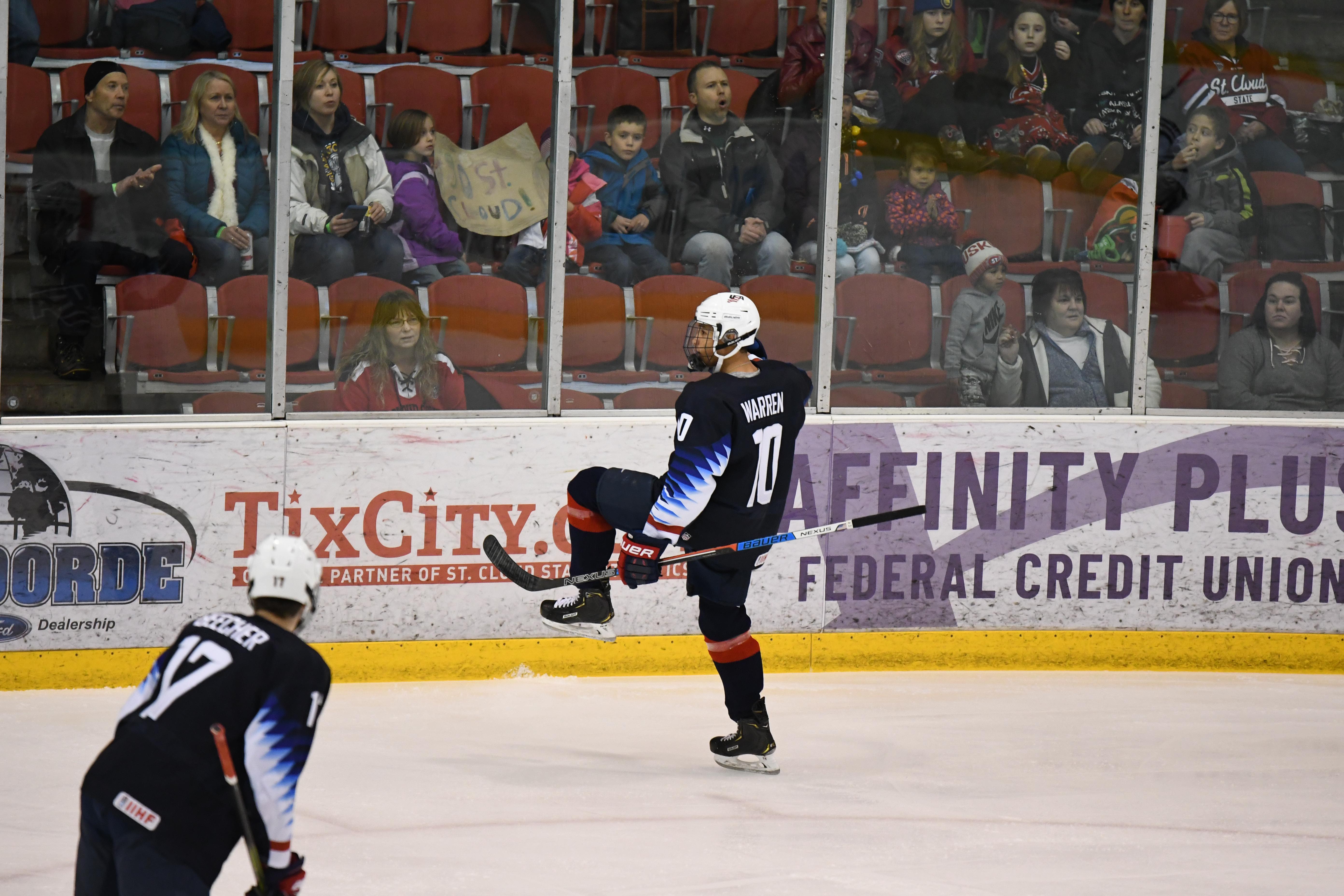 Marshall Warren (Laurel Hollow, N.Y.) got on board 3:06 into the opening frame when Patrick Moynihan (Millis, Mass.) passed the puck to Beecher from behind the net, who found Warren from the top of the left circle.

With 1:27 to go in the first period, Caufield doubled the advantage when he converted on a one-timer off a Cam York (Anaheim Hills, Calif.) pass, before the Huskies got on the board just over 30 seconds later.

The Huskies tied the game on the power play with ten seconds remaining in the first, leaving the teams knotted at 2-2 entering the first intermission.

St. Cloud State took the lead 6:19 into the second until Team USA tied the game with 4:51 left in the middle stanza. The play began when Trevor Zegras (Bedford, N.Y.) collected the puck from behind the net and passed to Caufield, who made a drop pass in the slot to Matthew Boldy (Millis, Mass.).

Sean Farrell (Hopkinton, Mass.) regained the U.S. lead 6:38 into the final frame when he followed a loose puck off a Beecher rush.

Rowe stood tall again midway through the third with a big save at 9:35 remaining, before the Huskies tied the game once again, with 3:07 remaining in the game.

Alex Turcotte (Island Lake, Ill.) put Team USA ahead with 45 seconds left when he converted on a loose puck in the crease off a Judd Caulfield (Grand Forks, N.D.) pass before Caufield secured the victory with an empty-netter with 20 seconds remaining in the game.

The U18s return to action Saturday night (Dec. 29th) when they take on University of North Dakota.