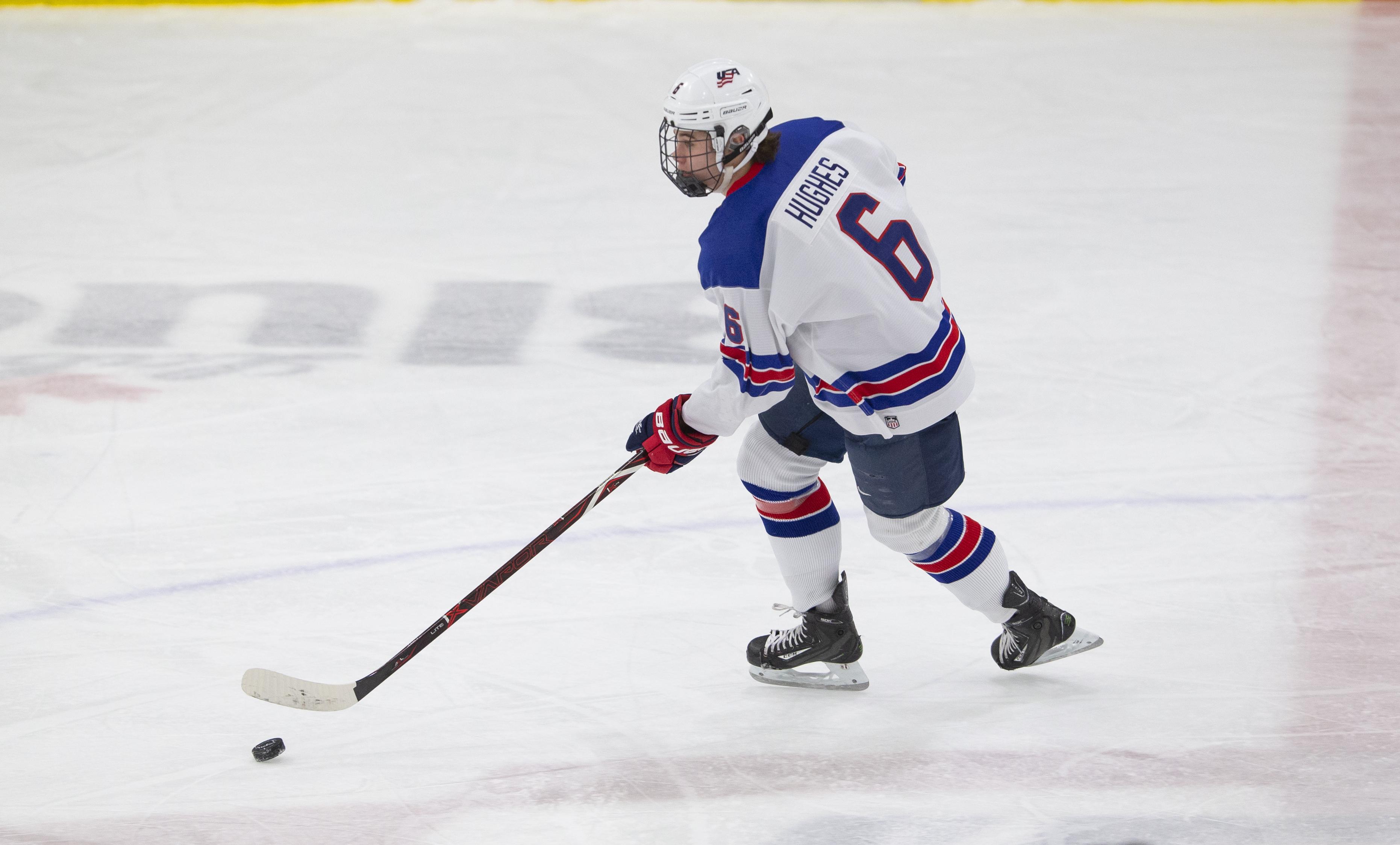 Jack Hughes, the projected No. 1 pick in the 2019 NHL Draft in Vancouver on June 21-22, will write a monthly diary this season for NHL.com leading up to the draft. The 17-year-old forward, who is the brother of Vancouver Canucks defenseman prospect Quinn Hughes, the No. 7 pick in the 2018 NHL Draft, is a center playing for USA Hockey's National Team Development Program under-18 team this season. He leads the NTDP with 48 points (10 goals, 38 assists) in 25 games. In his latest entry, Hughes discusses being invited to USA Hockey's selection camp to help determine the roster for the 2019 IIHF World Junior Championship.

I'm really excited to get to U.S. select camp in Everett, Washington. It starts Saturday and goes through Monday. It's going to be fun to get to play with Quinn and be with him there. But it's a privilege to be able to have an opportunity to make the World Junior Championship team and be able to go to Everett and get after it.

Looking at the roster when it was first announced, I think we have a really good team. I think our defense looks good and we have a lot of skill at forward. Obviously we have three great goalies so a lot of things can happen. Overall I feel we have a team that could end up finishing well in the tournament.

I know the United States is looking to medal for a fourth straight time at the tournament (gold in 2017, bronze in 2016 and 2018), and that's something we take seriously. I think it means something, especially for the returnees. But the bottom line is we're all Americans, so knowing that we can keep this streak going excites us and shows how good hockey in the United States is these days. For us, we want to keep it going because when you go to a tournament like that your mind is on gold. It'll be something that's going to be in our minds.