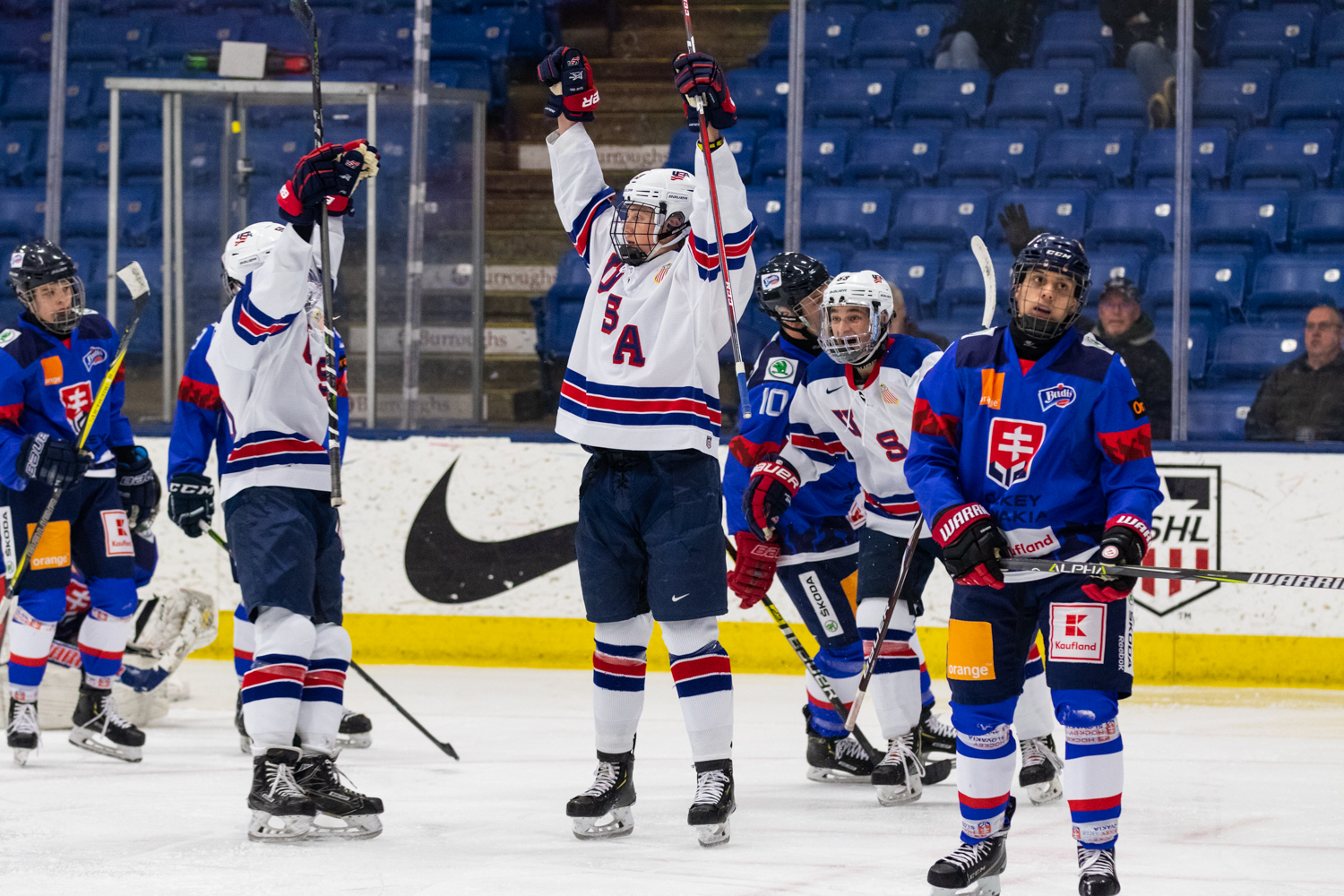 PLYMOUTH, Mich. — Team USA and Team Russia registered 7-2 and 9-1 victories, respectively, on Day 1 of the 2018 Under-17 Four Nations Cup on Tuesday at USA Hockey Arena to set up an enticing preview of Friday's head-to-head matchup.

“I am proud of the overall effort tonight,” said U.S. National Under-17 Team head coach Seth Appert. “We received strong contributions from each position with 15 different players represented on the scoresheet and great goaltending. We certainly know we will have to continue to improve to be ready for Switzerland tomorrow.”

Sixteen players found the scoresheet as the U.S. National Under-17 Team secured a 7-2 victory over Slovakia in its opening game of the 2018 Under-17 Four Nations Cup on Tuesday at USA Hockey Arena.

Yoder, whose two tallies came within a span of eight minutes to extend Team USA's lead to 3-0, scored his fifth and sixth goals of the season across all competitions.

After Slovakia's Oleksiy Myklukha cut into Team USA's three-goal lead with a short-handed tally, Matthew Beniers (Hingham, Mass.) responded for the U17s when he found the back of the net on the power play.

Team USA returns to the ice against Switzerland at 7 p.m. ET on Wednesday (Dec. 12) at USA Hockey Arena.

Slovakia will face Russia on Wednesday in its second game of the Under-17 Four Nations Cup. Puck drop is set for 3:30 p.m. on Wednesday at USA Hockey Arena.

Russia tallied multiple goals in all three periods to power past Switzerland by a 9-1 final Tuesday afternoon in its opening game of the 2018 Under-17 Four Nations Cup at USA Hockey Arena.

Bogan Trineev capitalized on an opportunity 1 minute, 8 eight seconds into the opening period to mark the first goal of the tournament.

Russia doubled its lead when Iliya Rychkov found the back of the net on an odd-man rush at the 6:54 mark of the first. Rychkov's goal marked the first of his four points.

Switzerland came up empty on a pair of second-period power play opportunities before Russia's Daniil Khristanov extended the advantage to 3-0.

After Jérémie Bärtschi put Switzerland on the board with  redirect to cut the deficit to 3-1, Russia's Vasili Ponomaryov responded just 15 seconds later to restore the three-goal lead.

Dmitri Zugan scored twice for Team Russia in a span of 2:23 to put the game out of reach.

Russia will return to action against Slovakia on Wednesday. Puck drop is set for 3:30 p.m. ET at USA Hockey Arena.

Switzerland will take on Team USA at 7 p.m. ET on Wednesday.

Tournament packages and daily ticket passes are still on sale.  A weekend-only pass, which includes a parking voucher, is also available for the games Friday, Dec. 14 and Saturday, Dec. 15 for $25.

To purchase tickets, or for more information, visit USAHockeyNTDP.com/4NationsTix or call the USA Hockey Arena box office at 734.453.8400.

Team rosters, broadcast details and other information can be found on the tournament website, found here ... All of the tournament action will be covered by the USA Hockey NTDP and USA Hockey Arena social media accounts (@USAHockeyNTDP and @USAHockeyArena) ... Get involved with the conversation by using the tournament hashtag #4NationsU17. 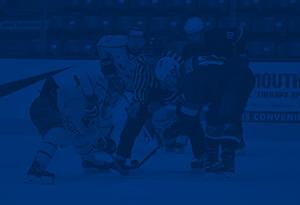