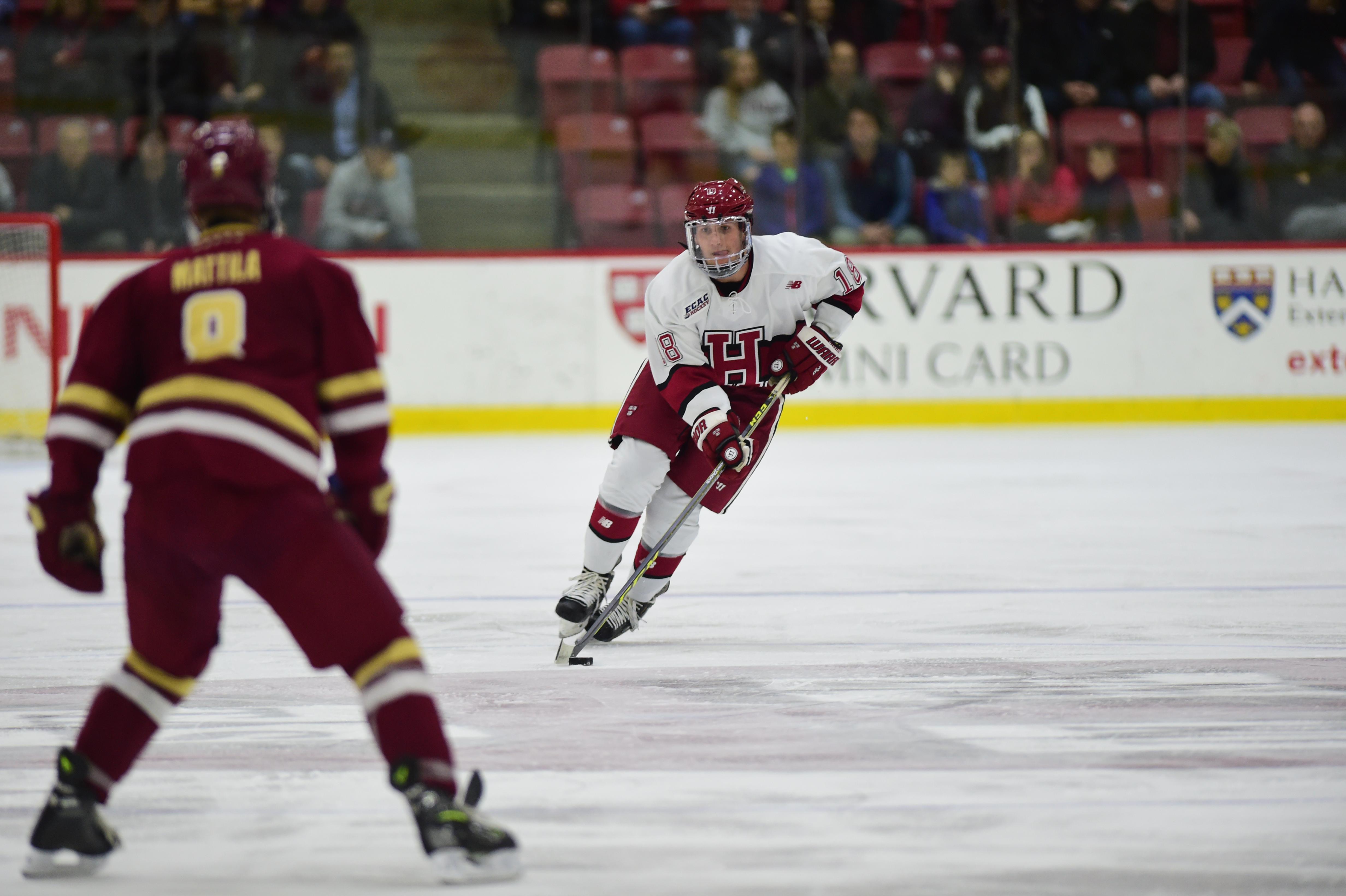 It’s rare the former NTDP standout defenseman and current Harvard blue-liner finds himself in the penalty box and is just one of the reasons he developed into a hot commodity ahead of the 2016 NHL Entry Draft.

Staying on the ice and skating smoothly with the puck is his brand. It’s been so since the sixth grade when a friend of his sparked the idea for Fox’s social-media handle @foxyclean, based upon the well-known OxiClean infomercials, which ran across television screens throughout the 2000s.

Fox put his clean game on full display when he tallied a pair of goals in a 6-3 Team USA victory on Oct. 20 in Cambridge, Massachusetts.

"It's always fun to play against (the U18s)," Fox, a junior, said. "We know what the game means to them. They were a super-skilled team with a lot of guys who can move the puck."

Despite a slow start to the 2018-19 season for Harvard, Fox and the Crimson have recently found its groove. They’ve captured points in seven of their past eight games, including wins against No. 15 Arizona State and No. 18 Cornell. Fox’s play has been an important piece to the resurgence. He leads the team with 15 assists and 20 points through 11 games and is on pace to shatter program records for assists (38) and points (46) by a defenseman in a single season.

“I’m just trying to step up, be a leader and impact the games the best I can,” Fox said.

Throughout his three years in Cambridge, Fox has become an embodiment of Harvard’s motto of “principle leadership, academic integration and competitive excellence.” The Jericho, New York, native is engaged in the offensive zone on the ice and in his psychology program in the classroom. He’s found a deeper interest in social psychology, in particular.

“I think whenever you’re at Harvard, it’s pretty special,” Fox said. “You’re around some brilliant people in the classroom and at the rink.”

I think whenever you’re at Harvard, it’s pretty special. You’re around some brilliant people in the classroom and at the rink.

The rigorous schedule and off-ice development offered by the NTDP helped prepare Fox for the collegiate level.

“Playing with (the NTDP) helped me develop with 22 of the best players in the country,” Fox said. “The college games made the transition a little smoother, knowing the speed and physicality.”

Harvard’s been a natural fit for Fox, who opted to return to the Crimson for his junior campaign instead of launching his professional career with the Calgary Flames.

Fox got his first taste of the business aspect of hockey, however, when the Flames sent the 20-year-old prospect, along with Dougie Hamilton and Michael Ferland, to the Carolina Hurricanes in exchange for All-Star defenseman Noah Hanifin (NTDP 2013-14) and Elias Lindholm.

"I was actually at Will Lockwood's (NTDP 2014-16) house in Michigan and saw a tweet with my name in it," Fox said. "I got some calls from my advisor. It was pretty crazy." 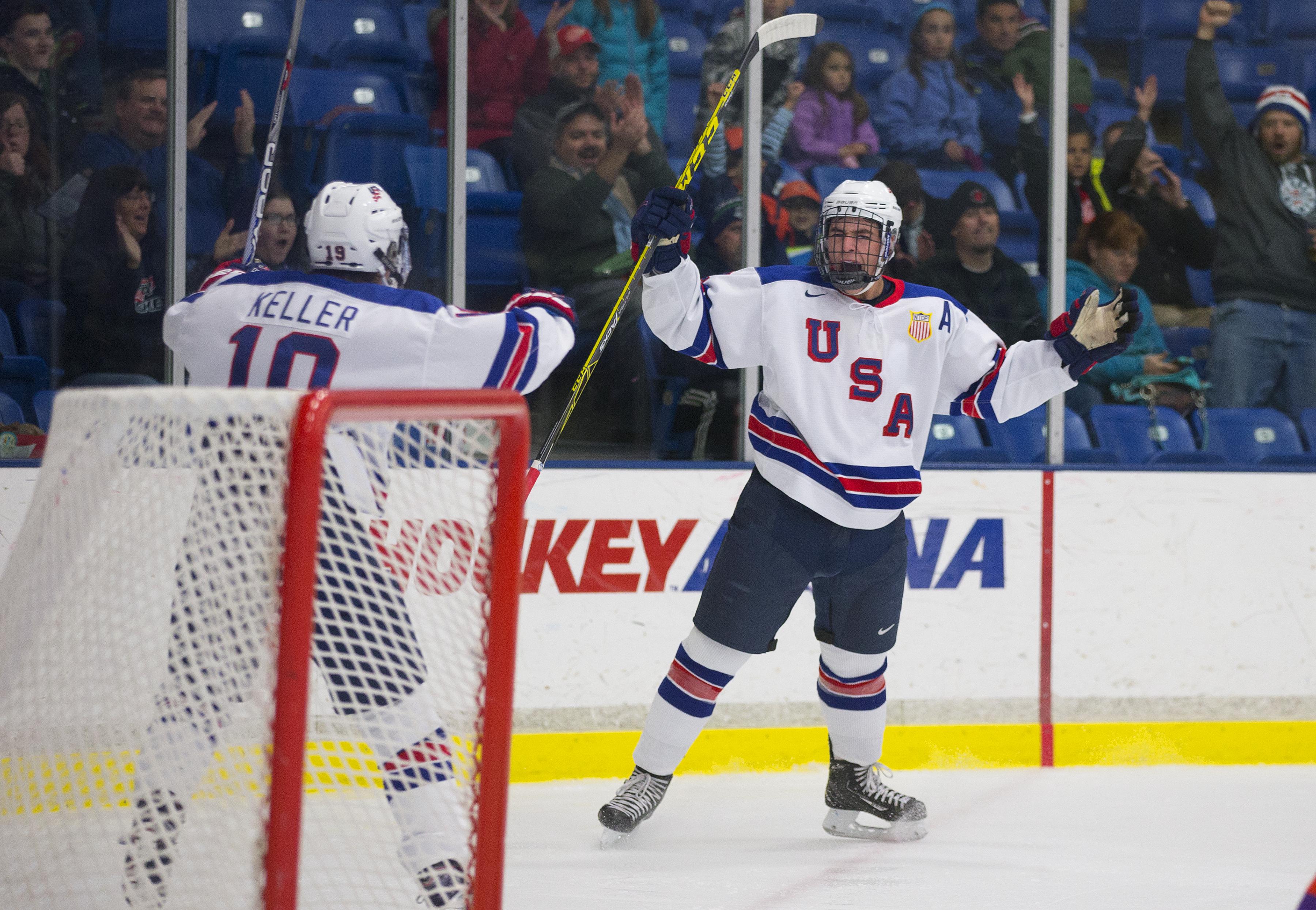 Fox is excited for the next step in Carolina as part of a youthful roster, which also features fellow NTDP alum Justin Faulk (2008-10), along with 2018 No. 2 overall selection Andrei Svechnikov, Teuvo Teravainen and Hamilton.

“I went out there for development camp,” Fox said. “They’re an up-and-coming team with a good, young core. It looks pretty promising going forward.”

If he keeps producing at the same rate, not only will Fox’s clean game speak for itself, but he’ll have a clean path to the NHL, as well.