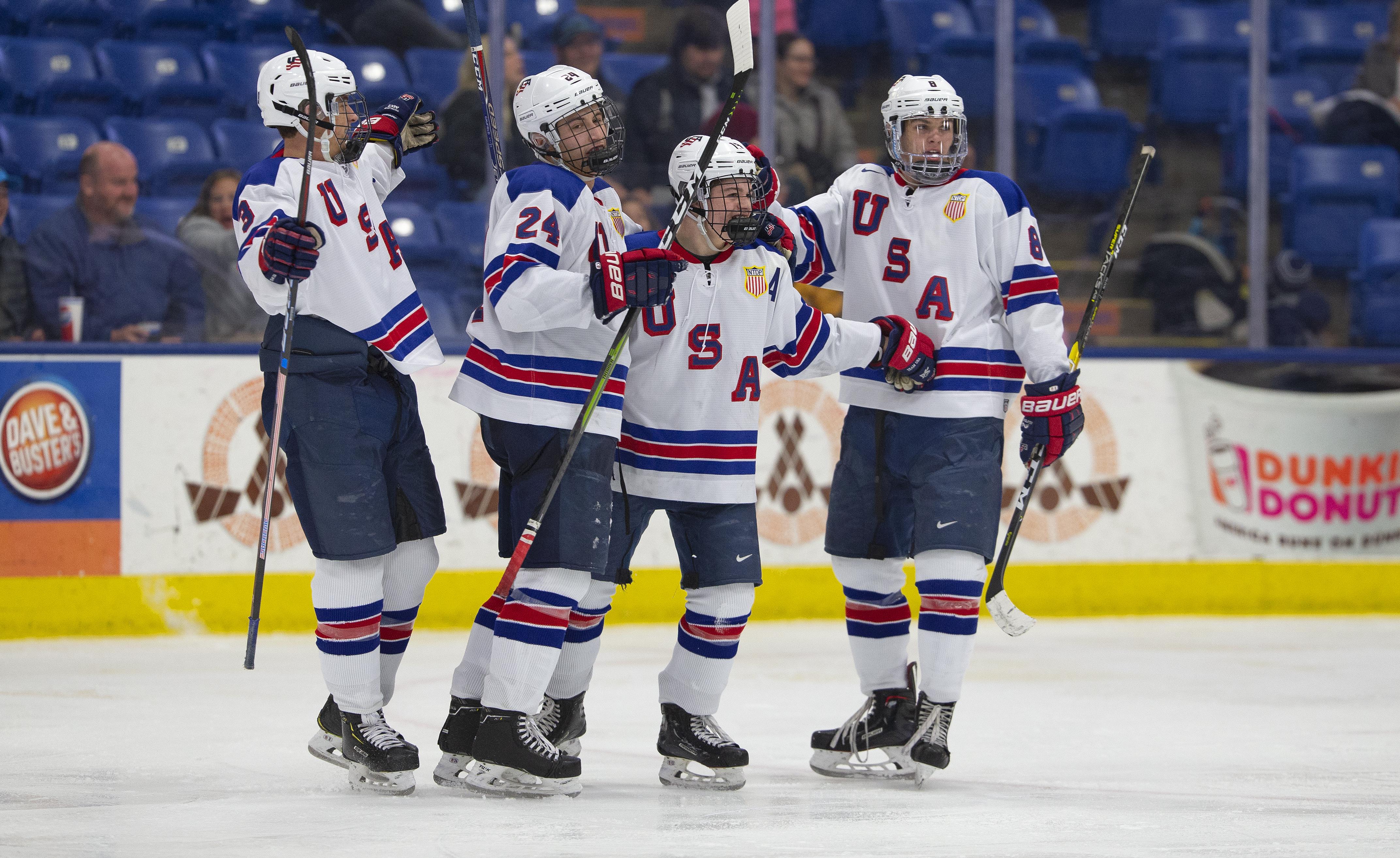 Rowe, who played the first 32 minutes, 24 seconds of the game, made 22 saves in net, including one on a cross-ice feed in tight to keep the game scoreless midway through the opening period.

Team USA opened scoring at the 2:36 mark of the second period when Case McCarthy (Clarence Center, N.Y.) corralled an errant puck at the top of the right circle and found the back of the net with a one-timer.

Cole Caufield (Stevens Point, Wis.) doubled the lead for the U18s after his whip-around shot from an awkward angle slipped past Waterloo goaltender Jared Moe. The tally marked Caufield’s team-leading 19th goal of the season.

Caufield later found Michael Gildon (Plano, Texas) in front for a tap-in to extend Team USA’s lead to 3-0 in the closing minute of the second.

The U18s continue USHL play Friday (Dec. 7) against the Youngstown Phantoms as part of Social Media Night at USA Hockey Arena. Puck drop is set for 7 p.m. EST and the game will be broadcast via HockeyTV.com.

Tickets for all Team USA games can be purchased by visiting the USA Hockey Arena box office located at 14900 Beck Rd. in Plymouth, Michigan, by calling 743-453-8400 or by visiting USAHockeyNTDP.com/tix.