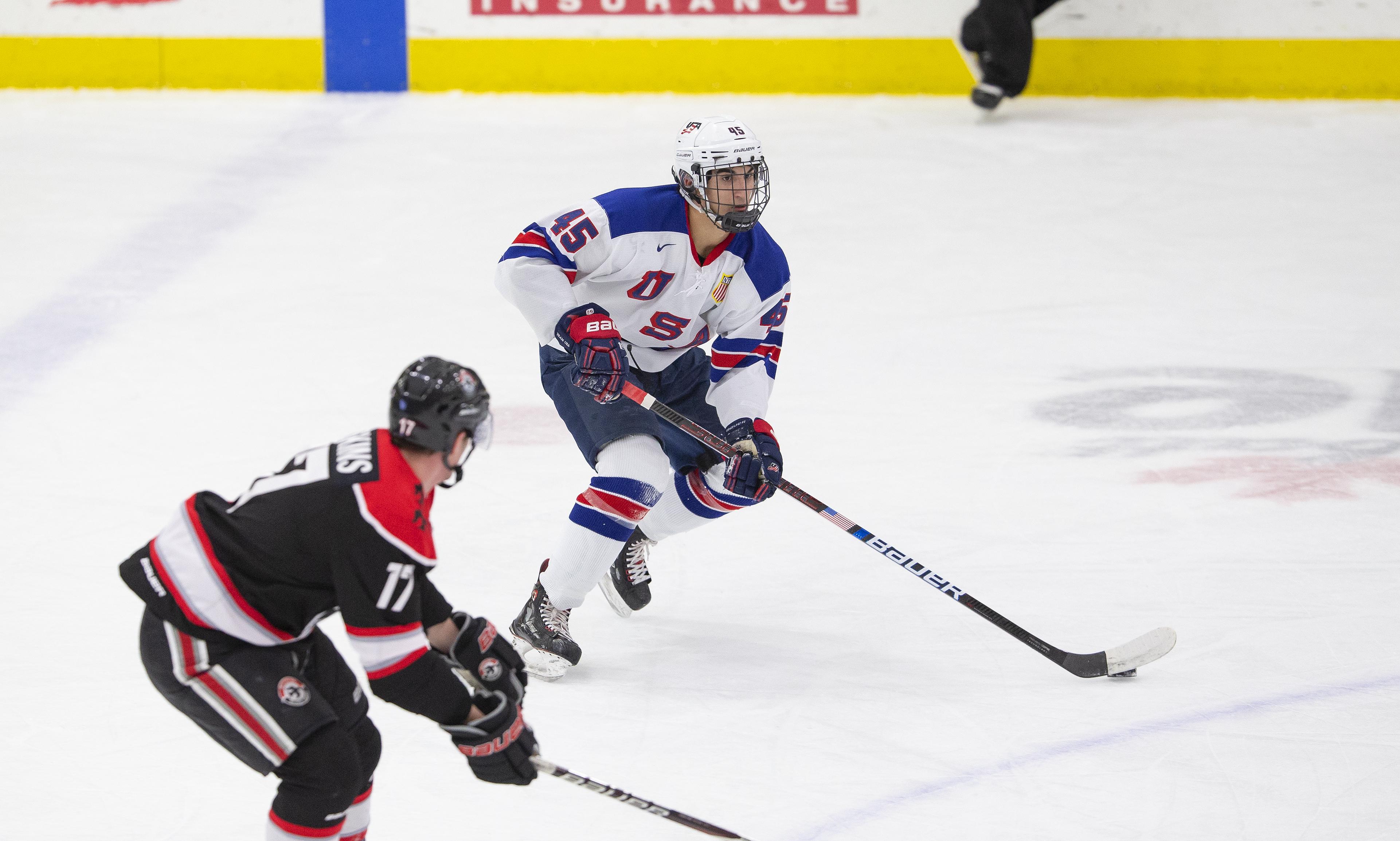 Waterloo opened scoring at 7:33 of the first period and took a two goal lead just over 5 minutes later. With 20 seconds remaining in the opening frame, NTDP Alum Joey Cassetti scored to seal a 3-0 Waterloo lead entering the first intermission.

Yoder put Team USA on the board 23 seconds into the second period on a breakaway off a stretch pass from Brock Faber (Fairview, Texas).

With just under four minutes remaining in the second, Waterloo secured another three-goal lead. Slaggert gave Team USA its second goal of the game,  scoring with 1:03 left in the period. The play began when Matthew Beniers (Hingham, Mass.) collected the puck in the right corner and fed the puck to Slaggert in the slot, who finished with a wrist shot past Waterloo goaltender Jared Moe.

Waterloo scored its fifth goal 7:21 into the final stanza, taking a three-goal lead.

With 5:08 remaining in the game Truscott scored his first goal with the NTDP, assisted by Brett Berard (E. Greenwich, R.I.).

The U17s return to action Tuesday, Dec. 11 for the Four Nations Tournament at USA Hockey Arena against Slovakia. Tickets for all Team USA games can be purchased by visiting the USA Hockey Arena Box Office located at 14900 Beck Rd. in Plymouth, Michigan, by calling (743) 453-8400 or by visiting USAHockeyNTDP.com/Tix.