Michael Gildon tallies his sixth goal of the season in loss to Flying Aces. 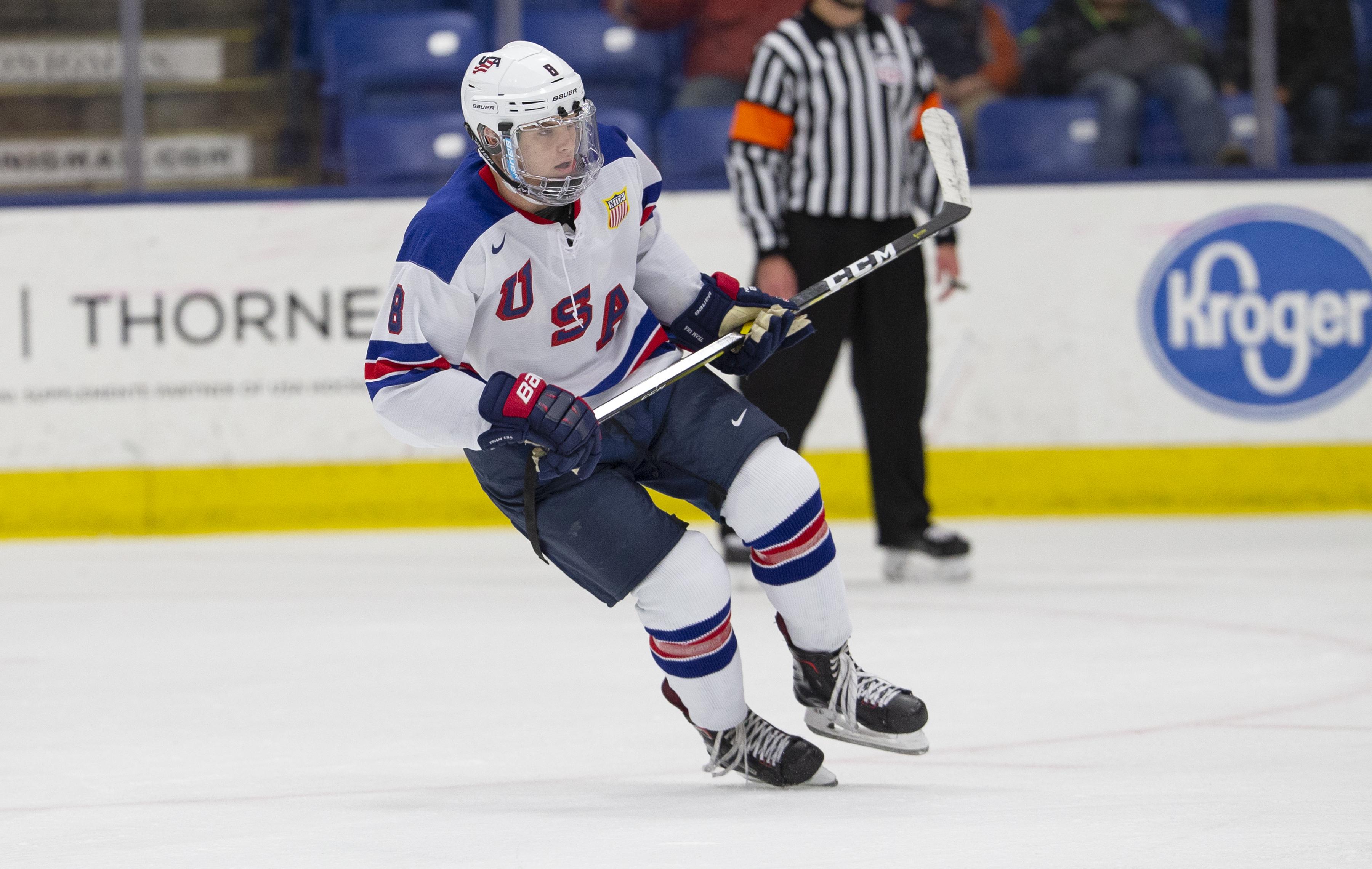 BLOOMINGTON, Illinois – Michael Gildon (Plano, Texas) scored the lone goal for the U.S. National Under-18 Team in its 2-1 loss against the Central Illinois Flying Aces on Friday evening at Grossinger Motors Arena.

Rowe made 12 saves and helped Team USA kill off a penalty in a scoreless first period.

Gildon opened the scoring at the 5:24 mark of the second period off a feed from Judd Caufield (Grand Forks, N.D.) and Jack Hughes (Orlando, Fla.).

Rowe made another 14 saves, including a diving effort on a 2-on-0 breakaway late in the second period to keep the U18s on top 1-0 into the second intermission.

Central Illinois tied the game at 3:53 of the third period on a power play tally. The game-winning goal was scored on a rush play on another Fling Aces power play at 17:11 to bring the game to its 2-1 final.

NTDP alums Trevor Janicke (2016-18) and Ryan Siedem (2017-18) had one and two assists respectively for Central Illinois.

The U18s return to USA Hockey Arena on Saturday (Dec. 1) against the Waterloo Black Hawks.

Tickets for all Team USA games can be purchased by visiting the USA Hockey Arena Box Office located at 14900 Beck Rd. in Plymouth, Michigan, by calling (743) 453-8400 or by visitingUSAHockeyNTDP.com/Tix.