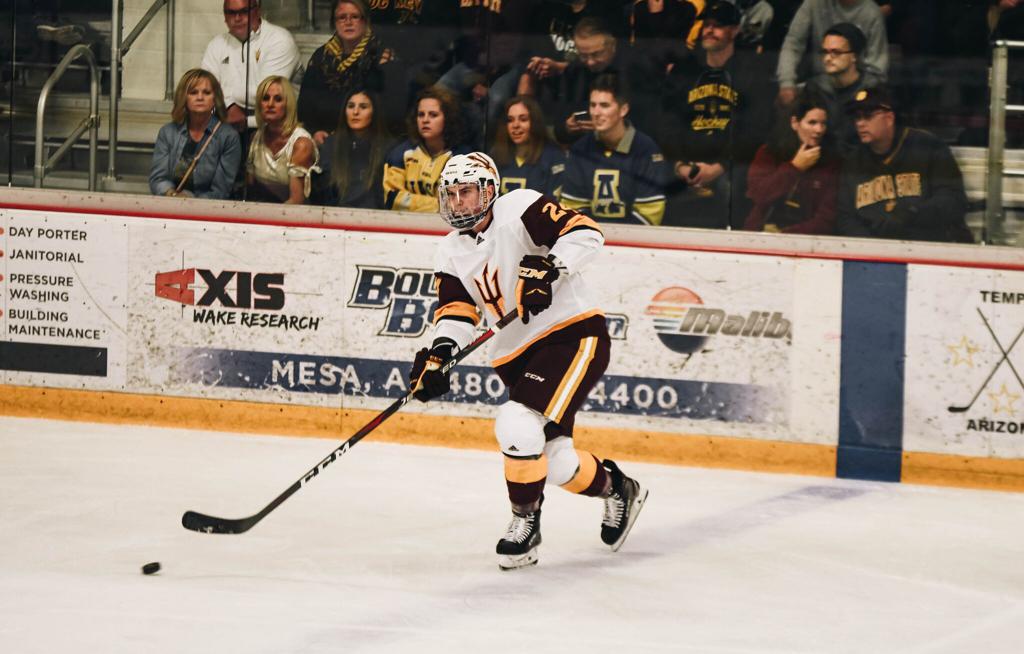 At the end of the day, Tempe, Arizona, isn’t a bad place for Josh Maniscalco’s family to visit.

Just four years ago, it would have been a distant thought.

Maniscalco, the USA Hockey's National Team Development Program’s lone member to take the path to Division I hockey at Arizona State, wouldn’t have it any other way.

So, Maniscalco, a native of Perkiomenville, Pennsylvania, took a chance. He packed his bags after three years in the USHL (2015-17 with NTDP, 2017-18 with Dubuque) and dashed for the desert to join an upstart program in merely its fourth year at the top level of college hockey.

“I was actually talking to a buddy who I played with at Shattuck (St. Mary’s) who committed here,” Maniscalco said in his recall of a 2016 conversation with teammate Gage Mackie. “The next day I had a phone call with Coach (Greg) Powers. ASU actually played the U18s a couple weeks later and I sat down and had breakfast with the staff.”

The two teams met on the ice four times across Arizona State’s first two years as a Division I program, which resulted in a pair of victories and one tie for the NTDP. Since then, the Sun Devils have seen an influx of talent from major junior leagues, including a large contingency from the United States Hockey League.

While Maniscalco’s tie to USA Hockey might be the most significant haul, the current edition of Arizona State’s roster also features alums of the Sioux City Musketeers, Chicago Steel, Muskegon Lumberjacks, Dubuque Fighting Saints, Green Bay Gamblers and Omaha Lancers. Maniscalco’s managed to connect with all of his former USHL opponents in the hope of collectively establishing a new chapter at Arizona State.

We don’t have any excuses of being a new program. We know we can compete.

“We’re definitely shooting have a winning season,” Maniscalco, whose locker sits next to Clark Cup champion Jacob Wilson’s, said. “We have the group of guys to do it.”

“It’s sunny all the time,” Maniscalco said. “It’s tank tops and flip flops. I don’t even remember the last time I wore a pair of other shoes outside.”

Hopping on the slippery surface at Oceanside Ice Arena not only offers relief from the dry heat, but also a glimpse toward the future. Arizona State hockey’s future address is an on-campus facility adjacent to the multi-purpose Wells Fargo Arena. The move could be competed by 2020-21.

Direct investment from the athletic administration, combined with a fervent desire to open new doors for college hockey, makes for exciting prospects in Tempe. 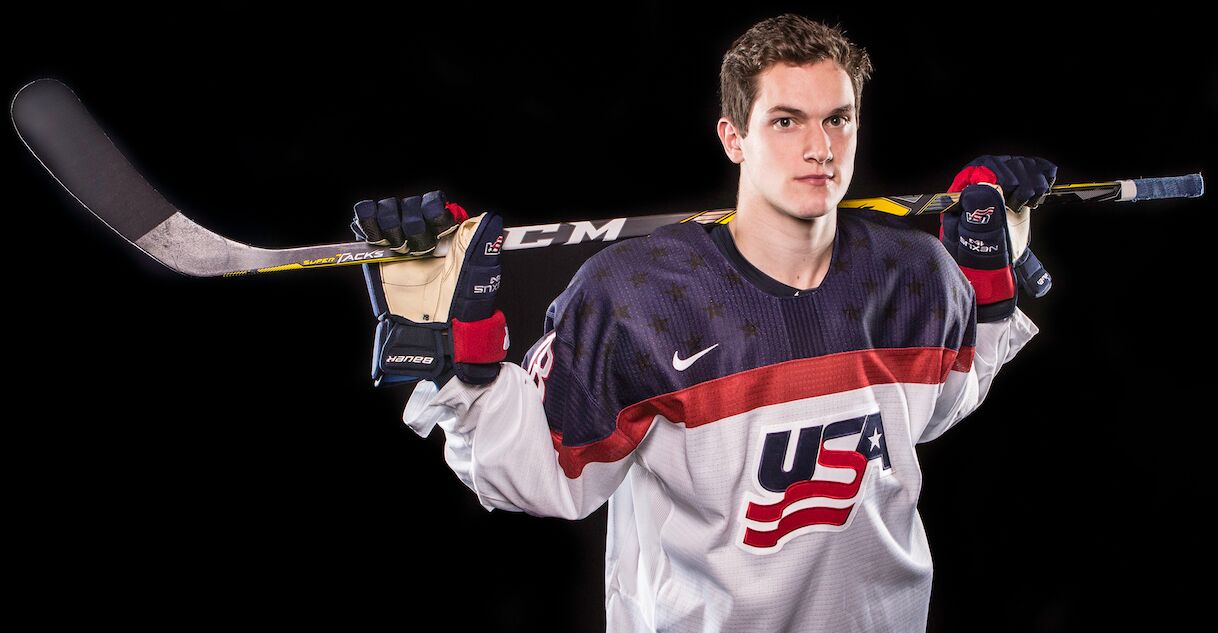 Meanwhile, Maniscalco is set on finishing what could become a historic season for Arizona State, which ascended to its highest ranking (No. 14) in program history in the latest USA Today/USA Hockey Magazine poll.

“We don’t have any excuses of being a new program,” Maniscalco said. “We know we can compete.”