Luke Tuch Carving Out His Own Path in Hockey 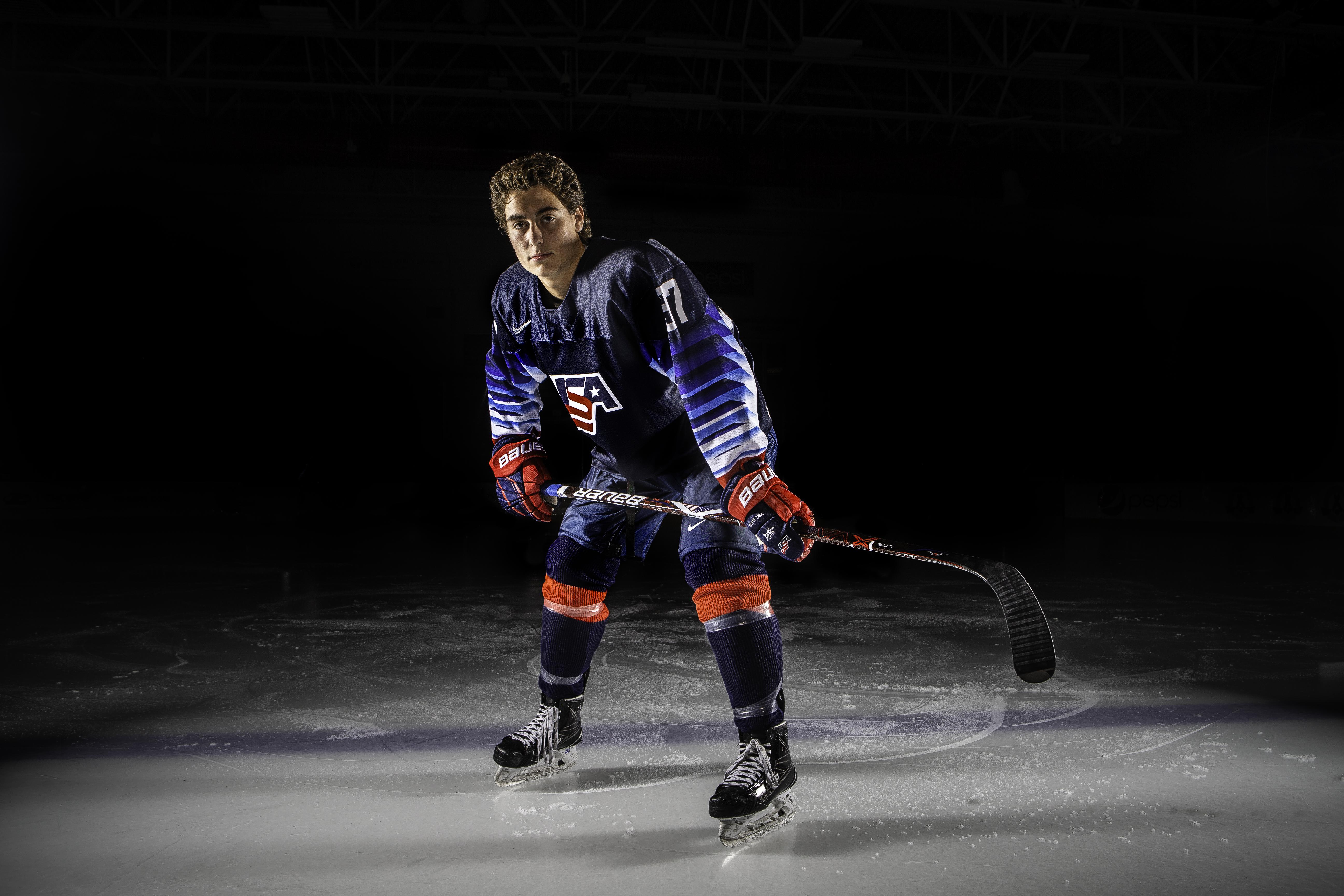 Getting on the ice started very early for Luke Tuch with an outdoor rink in his backyard. It also didn’t hurt that he had a competitive side when it came to hockey.

“I started skating when I was 2,” Tuch said. “My dad built a rink in our backyard for my brother and me. I loved every moment of it. I was very competitive growing up and loved to win.”

Hockey wasn’t his only love as he also played lacrosse growing up, before focusing only on hockey a few years back.

“Lacrosse really helped me with my footwork and my hands in hockey,” Tuch said.

After leaving his home in Baldwinsville, New York, and playing for the Buffalo Jr. Sabres last year, Tuch earned the opportunity to represent this country. The 6-foot-1, 197-pound forward knew how important it was to be a part of this program.

“I get to play with a great group of guys in my age group and we come together to represent Team USA,” Tuch said. “It’s a special experience.”

One of the great things about playing for USA Hockey’s National Team Development Program for Tuch was that he had another person he could turn to for advice on the NTDP — his outdoor rink buddy and older brother Alex. Alex played for the NTDP from 2012-14 and is in his second season with the Vegas Golden Knights.

“He was someone that I always looked up to growing up,” Tuch said. “He told me to work hard and be humble. You cannot take anything for granted and you will need to work hard each day both on and off the ice.

“The first time I saw him on the ice in the USA jersey, I knew that I wanted to play here too.”

The transition to the program can be a challenge, but for Tuch, he already knew a little about it after seeing and hearing what his older brother went through.

“It was tough but I knew it was going to be hard,” he said. “My brother gave me some good advice on what to expect so that definitely helped. I have always been ready, willing and up for a challenge. I’m doing my best to adjust.”

If you could be in one movie: Avatar

If you could travel anywhere in the world: Italy for the amazing food

In addition, this will be his second year away living away from home and seeing his twin sister Leah.

“That has been hard as we are really close,” Tuch said. “It was definitely tough to leave her but it’s my second year away and last year, I was only about two hours from home.”

He knew how important it was to play for Team USA to develop his game, both on and off the ice.

“I have already seen an improvement in my game,” Tuch said. “I’m really putting into play being a power forward. Prior to this year, I was able to go through guys. Now, since we are playing against bigger and older guys, I really need to learn how to use my body to make space and get around players.

“My body is definitely getting bigger with the weight training. We are on the ice for two hours per day. You have to pay attention to detail and focus on every item. I spend time in the shooting room, working on improving my shot. You do everything to get better.”

You have to pay attention to detail and focus on every item. I spend time in the shooting room, working on improving my shot. You do everything to get better.

For Tuch, it’s all about doing the work.

“If you are not working hard, someone else is,” Tuch said. “It’s the little things for sure that make a difference.”

The next challenge for Tuch and his U17 teammates will be the 2018 World Under-17 Hockey Challenge in Saint John and Quispamsis, New Brunswick. The tournament, which runs Nov. 3-10, will feature the top under-17 players from Canada, Czech Republic, Finland, Russia, Sweden and the United States competing for a gold medal in tournament action.

“It is definitely a task and a challenge but we are going to be ready for it,” Tuch said. “It will be great to see how we match up with other players from our age group. It will really seem real when we put on our jerseys and face off against other countries.

“I’m definitely looking forward to the USA vs. Canada matchups. It’s something that you dream about when you are a kid and I do know a few of the players on Team Canada.” 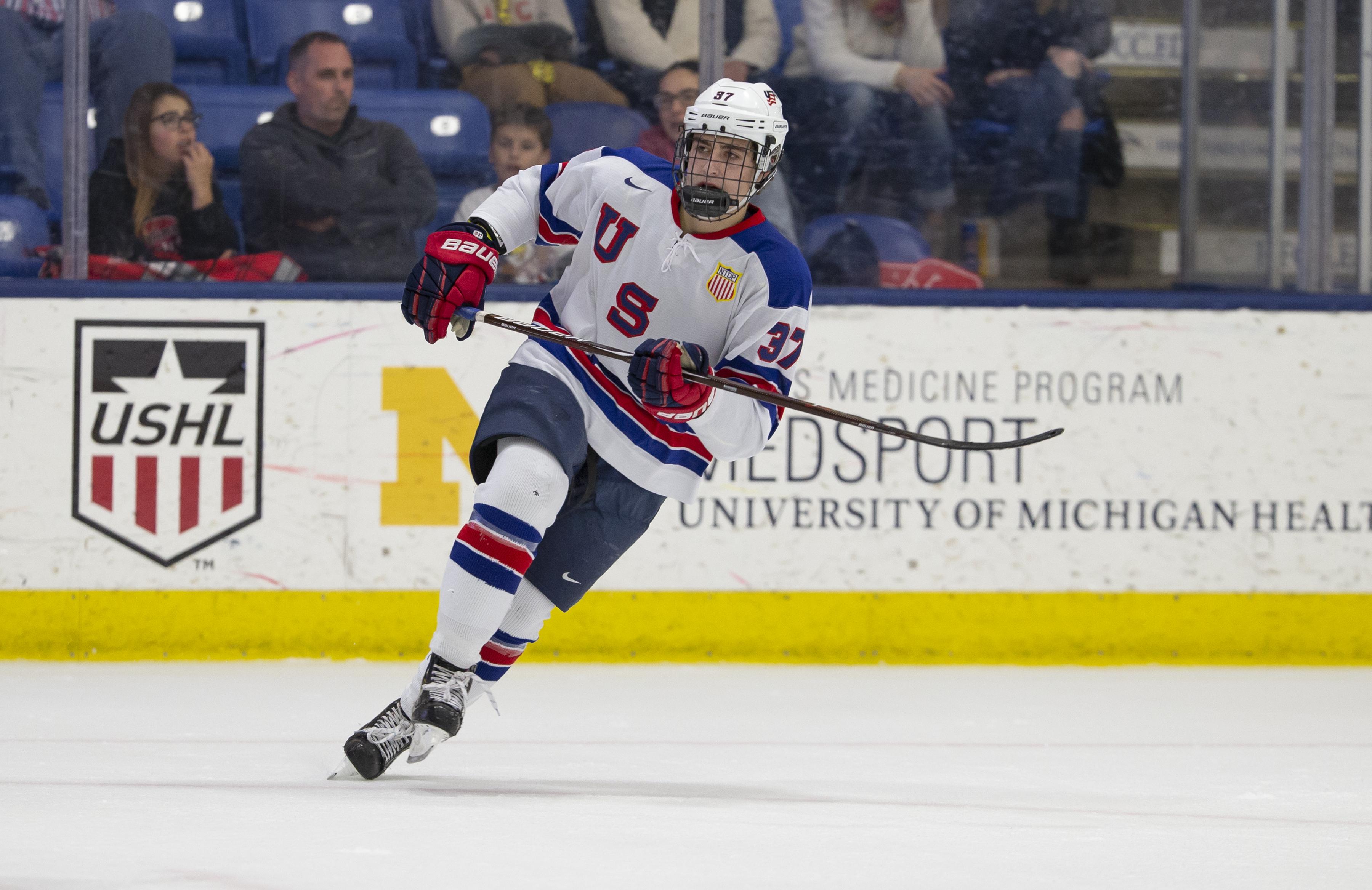 He understands that it will take a maximum effort to earn the tournament title this season.

“We have to have a good mindset going into the event,” Tuch said. “We will need to work hard and give maximum effort. We have to stick to our game plan in order to win in international play. Obviously, our goal at the end of the day is to win the gold medal.”

One thing will never change for Tuch and that is how much it means to wear the colors of his country each and every day.

“There are no words,” Tuch said. “The first time I saw my name on the back of the jersey, it was just breathtaking. I think my eyes blew up — it was so unbelievable. It’s so special to be able to represent the country.”

With each day, Tuch is finding a way to carve his own path on the ice.