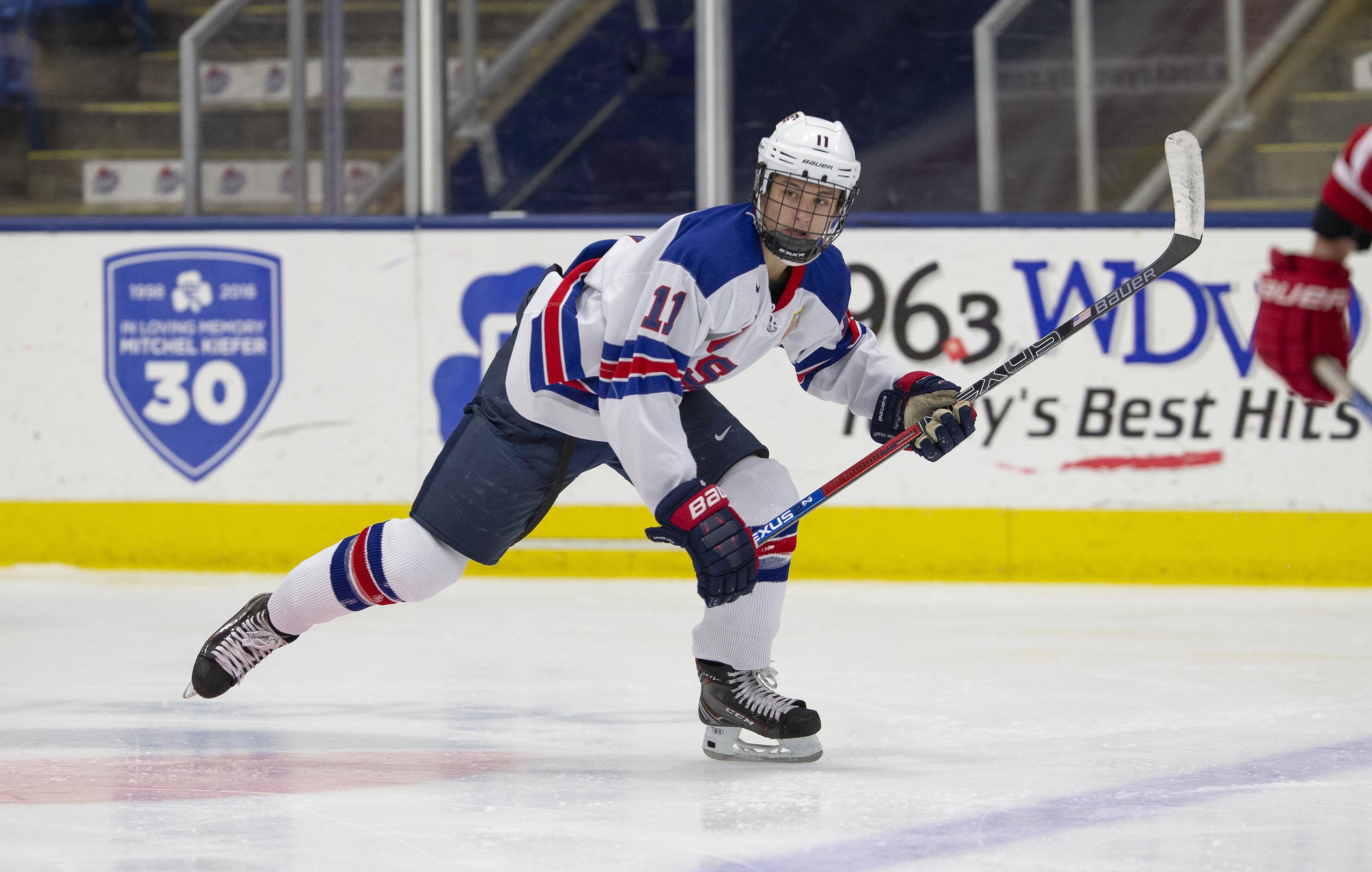 Zegras scored his first goal of the season and added three assists in Team USA's 8-3 victory on Saturday in Muskegon before picking up his second goal in as many nights and dishing out two more helpers to help the U18s to another 8-3 victory on Sunday, this time at home against Dubuque.

In three USHL games this season, the Boston University commit has tallied seven points (2G, 5A), second among all U18s players to Cole Caufield, while his 2.33 points-per-game leads all USHL players.

Other winners included Sioux City Musketeers defenseman Luke Johnson  and Isaiah Saville of the Tri-City Storm was named Goaltender of the Week for the second time in three weeks.  Johnson scored a goal on Friday and dished out four assists on Saturday, and Saville made 25 saves on 26 shots to lead Tri-City to a shootout win in his only start of the weekend. The USHL is America’s only Tier 1 junior hockey league, and continues to lead the world in the advancement of players to Division I college hockey.