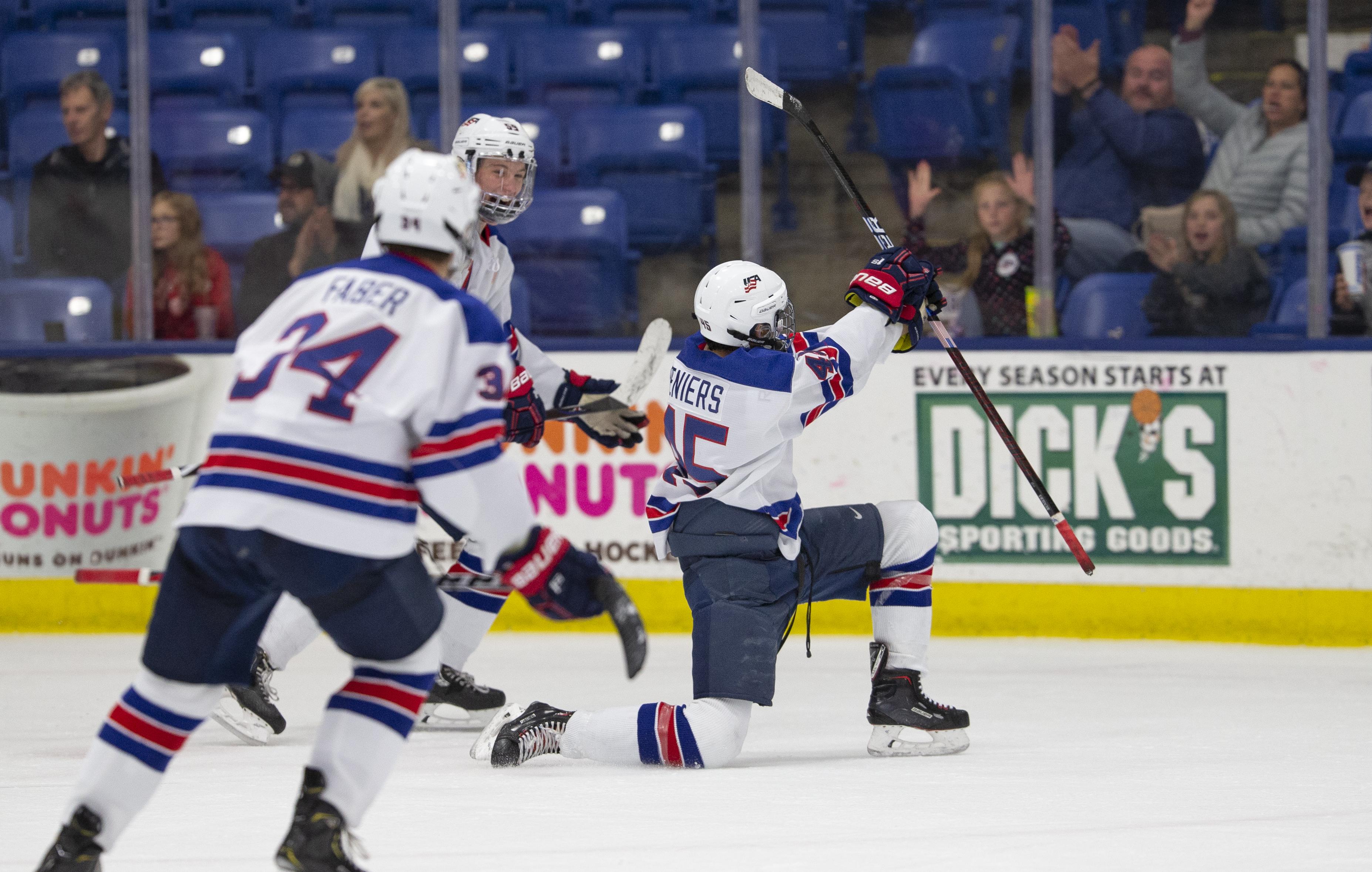 PLYMOUTH, Mich. — Despite a pair of power-play goals and a third-period rally, the U.S. National Under-17 Team fell to the Dubuque Fighting Saints by a 6-3 final Saturday night at USA Hockey Arena.

After Dubuque capitalized on a miscue behind Team USA’s net to open up a 2-0 lead in the second, Team USA’s Brett Berard (E. Greenwich, R.I.) found a loose puck out front and slipped it into the back of the net for his second goal of the season.

Team USA made a change in net at the 6:33 mark of the second after a collision forced goaltender Noah Grannan (Germantown, Wis.) to exit the game. Drew Commesso (Norwell, Mass.) managed to keep the U17s within striking distance and stopped 17 of 20 shots in a relief effort.

A second power-play conversion by Matthew Beniers (Hingham, Mass.) brought Team USA within one goal late in the second after he finished a pinpoint centering feed from Ty Smilanic (Elizabeth, Colo.). Dubuque added its fourth goal of the contest before the end of the frame to make it a 4-2 game.

Thomas Bordeleau (Houston, Texas) put the U17s within one goal for the second time when he sliced a one-handed backhand into the top right corner just 35 seconds into the final period. Bordeleau’s 10 points pace the team.

Dubuque’s Jackson, along with brother Ty Jackson, each scored their second goals of the game in the final five minutes of regulation to put the game away.

The U17s will return to action Thursday (Nov. 1) when they face off against Canada Red in a pre-tournament matchup before opening the World Under-17 Hockey Challenge against the Czech Republic on Nov. 4 in New Brunswick, Canada.

The USHL slate picks up again for the U17s against the Cedar Rapids RoughRiders on Nov. 16 at USA Hockey Arena. Tickets for all Team USA home games can be purchased by visiting the USA Hockey Arena box office located at 14900 Beck Road in Plymouth, Michigan, by calling (743) 453-8400 or by visiting USAHockeyNTDP.com/Tix.