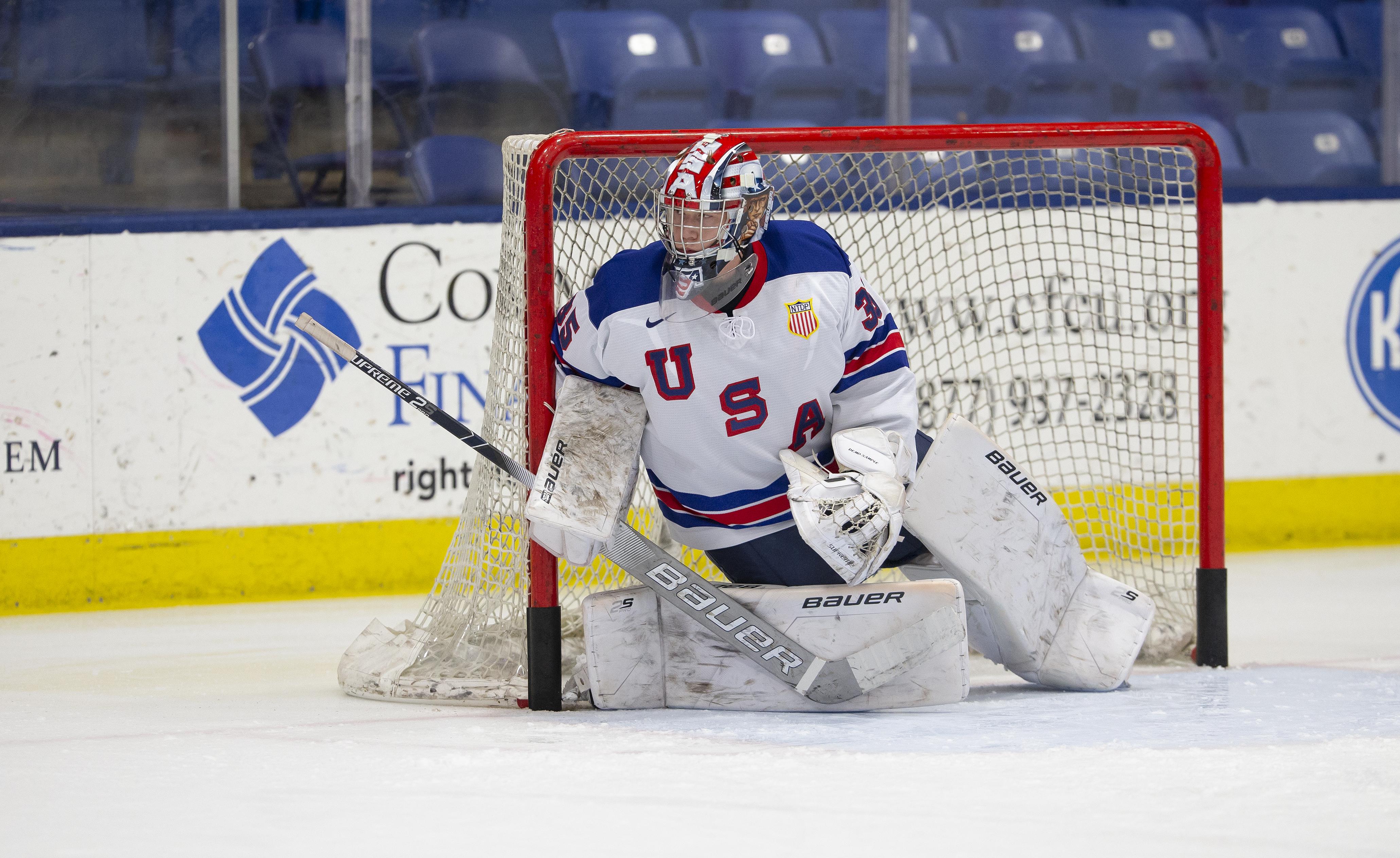 BLOOMINGTON, Ill. — Despite a 40-save effort from goaltender Drew Commesso (Norwell, Mass.), the U.S. National Under-17 Team fell 3-1 to the Central Illinois Flying Aces on Saturday night at Grossinger Motors Arena.

Commesso made a number of notable stops for the U17s, including a sprawling save on a 2-on-1 for Central Illinois late in the first period, which preserved a scoreless game at the time.

Team USA opened the scoring at the 19:43 mark of the first when Ty Smilanic (Elizabeth, Colo.) wound up from the right circle and buried a wrist shot on the power play. Landon Slaggert (South Bend, Ind.) and Matthew Beniers (Hingham, Mass.) collected assists.

Smilanic’s goal, his sixth across all competitions, marked the third consecutive game with a tally on the man-advantage for the U17s.

The Flying Aces, however, responded with a pair of goals in the second frame. Philip Elgestal tied the game with a power-play goal near the midway mark of the period before Jeremy Davidson put Central Illinois ahead 48 seconds before the break.

Davidson later scored his second of the game to extend the Flying Aces’ lead to 3-1.

The U17s will make their return to USA Hockey Arena on Friday (Oct. 26) when they host the Muskegon Lumberjacks. Puck drop is set for 7 p.m. Tickets for all Team USA games can be purchased by visiting the USA Hockey Arena box office located at 14900 Beck Road in Plymouth, Michigan, by calling (734) 453-8400 or by visiting USAHockeyNTDP.com/Tix.