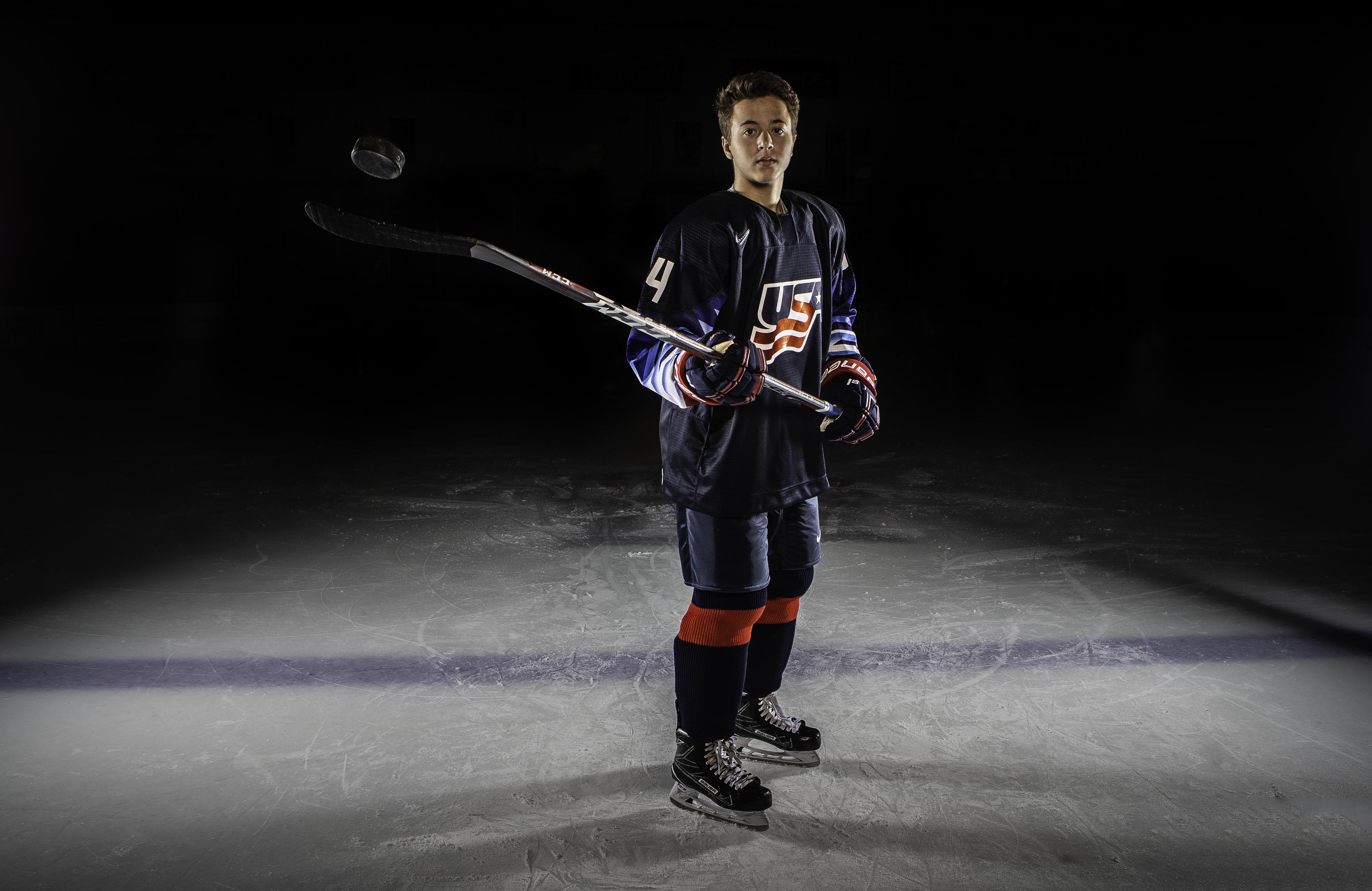 It is pretty much a rite of passage for kids in Minnesota: skating on an outdoor rink from the moment you can take your first steps. That was certainly the case for Brock Faber, who got his start as a hockey player on the outdoor rinks of Maple Grove, Minnesota.

The youngster was on skates by age 4, playing competitively not long after, and now he’s a defenseman for the U.S. National Development Team Under-17 team.

Since his earliest days on the ice, Faber has used the sport as an escape of sorts.

“It takes your mind off other things and allows you to have fun,” Faber said. “I love the competition aspect of hockey, and it’s fun to make friends. It’s such a rite of passage in Minnesota. You grow up playing hockey, whether it is at the rink, or the ponds or the outdoor rinks.”

Though Faber’s father hadn’t played competitive hockey, he was willing to learn and help his son, even serving as an assistant coach on Brock’s youth teams.

“He really didn’t know much about the sport, but he always made sure that I would work hard and skate faster,” the younger Faber said. “It was nice to have him on the ice.”

At 5-foot-11 and 176 pounds, Faber has the look of a defenseman. The Notre Dame commit originally started as a forward but made the transition to defense when he was about 12 years old. He’s taken his previous forward experience and used it to be a producer on the offensive end.

“I know that I could still be involved in the play,” Faber said. “You can still jump up into the play and be a fifth forward or hang back and help from the blueline. I really enjoy this spot.”

This last year, Faber had to make a decision about whether he wanted to leave home and join the NTDP. While contemplating this decision, he looked to a familiar face. That was NTDP alum Trevor Janicke, who also hails from Maple Grove and was part of the NTDP from 2016-18.

“He told me that the NTDP was the place that you want to go to develop as a player and a person,” Faber said. “You will have to balance your schoolwork and your training both on and off the ice. He told me it will be tough, but it will be fun in the long run. He said the program will get you stronger, both physically and mentally.”

He told me it will be tough, but it will be fun in the long run. He said the program will get you stronger, both physically and mentally.

Get to Know Brock

Favorite Sport Outside of Hockey
Football

Trade Places For a Day
My dog

Person With Biggest Influence on Hockey Career
My mom because she is my everything. She has shown me so many things and I couldn’t do anything without her.

Faber has now been with the U.S. National U17 Team for two months. So far, he has one assist in six games as the team itself has shown itself as a one that can compete. The U17 team split its opening United States Hockey League series with the Madison Capitals on Oct. 5-6.

“It really showed with the hard work that we have put in and the systems that the coaches are teaching us, we have just as much talent as any USHL team,” Faber said. “They are definitely bigger and stronger than us, but we have bought into the system. It just pushes us to work hard and to make sure that we have fun doing that.”

Another highlight came earlier this month when the U17s were in his home state taking on players from the Minnesota Elite League. Prior to the trip, Faber said he was looking forward to returning to his hometown.

“It’s going to be special to go back to the rink that I grew up playing in,” said Faber. “I will have a ton of family and friends from back home who can come out to see me play. It’s super exciting that we had two opportunities to play in Minnesota this fall.”

But the greatest highlight so far this season, he said, is that feeling of representing his country on the ice.

“It’s the real deal,” Faber said. “As a kid, I always dreamed about playing for Team USA and playing against Canada.” 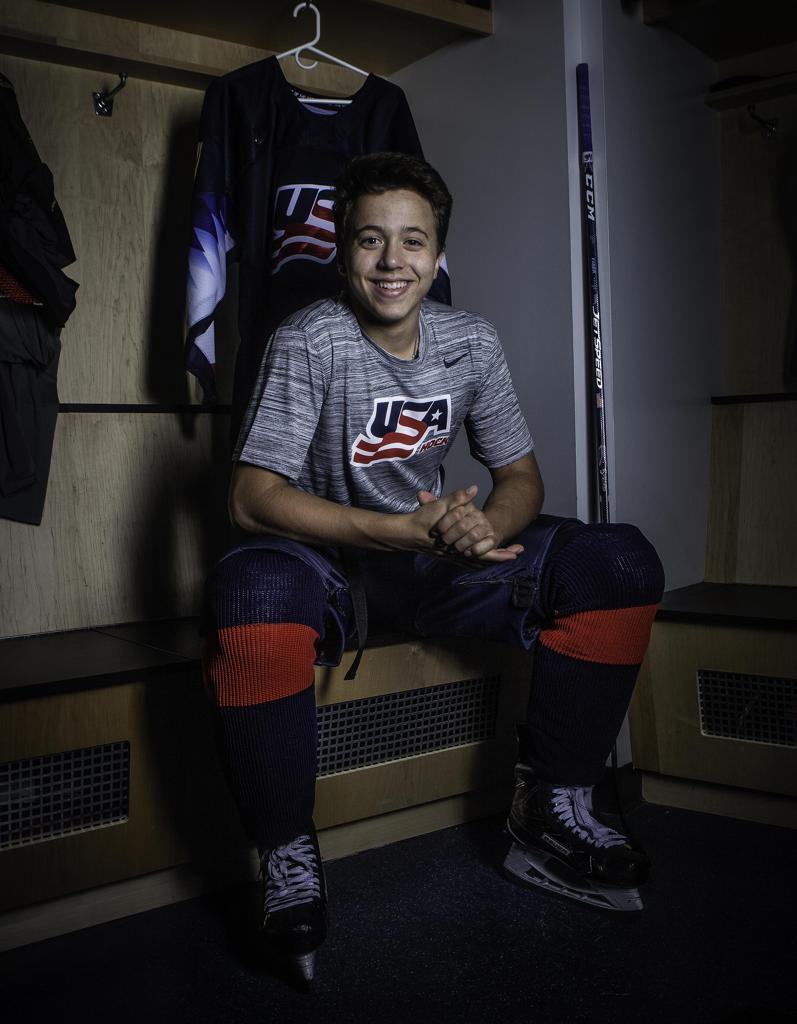