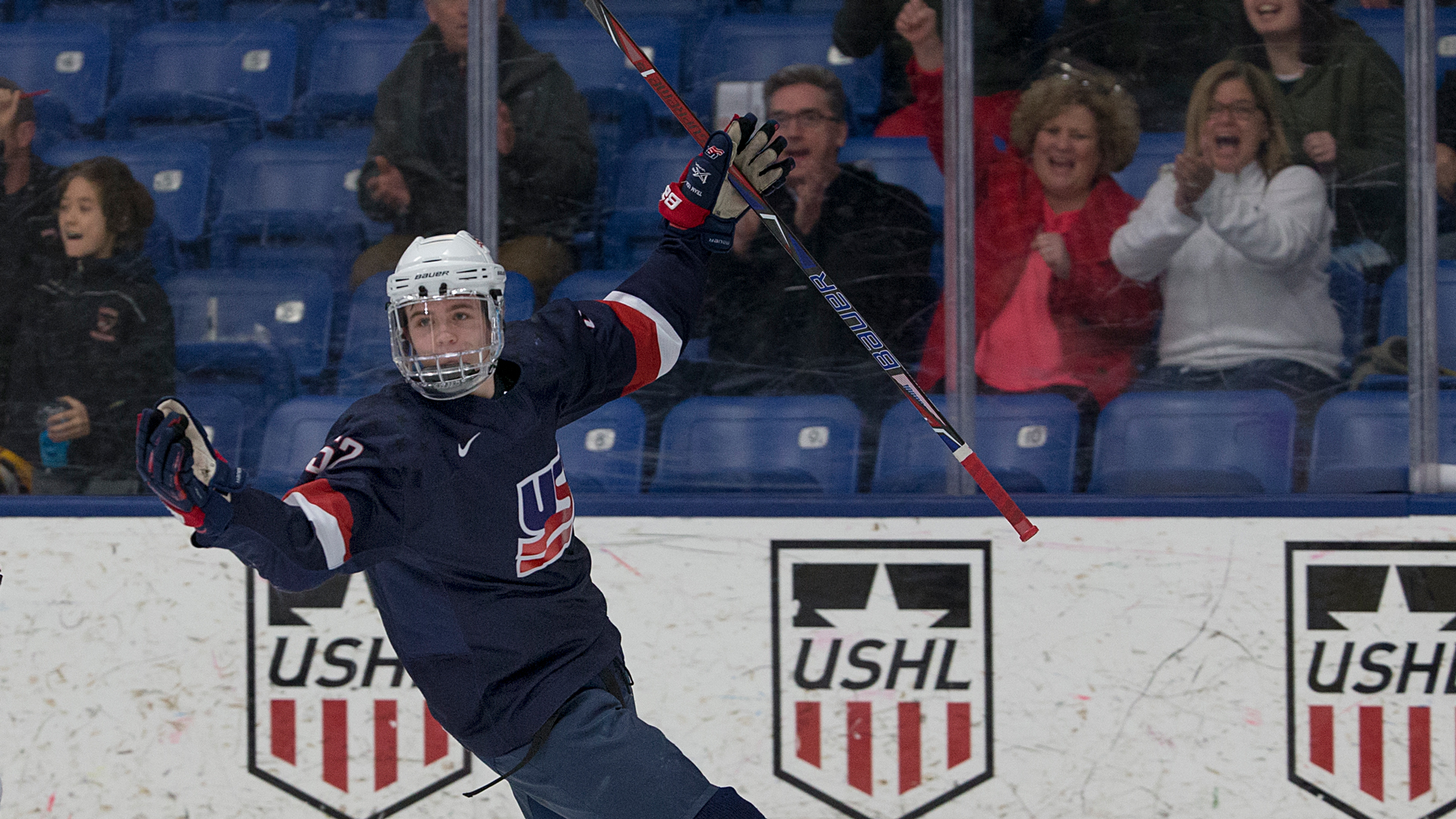 Team USA goaltender Spencer Knight (Darien, Conn.) made 13 saves in the first period to keep the score 1-0 into the first intermission.

Marshall Warren (Laurel Hollow, N.Y.) opened the scoring for the U18s at 4:14 of the second period. Beecher fed the puck around the boards to Warren at the blue line where he collected the puck and fired a wrist shot through traffic and past Notre Dame goaltender Cale Morris.

Team USA took the lead when Judd Caulfield (Grand Forks, N.D.) netted his second goal of the season at 14:46. Michael Gildon (Plano, Texas) circled the net and fired a pass to Caulfield on the far post who was waiting to deposit it past NTDP alumni Dylan St. Cyr (NTDP, 2015-17) who replaced Morris at the midpoint of the period.

Trevor Zegras (Bedford, N.Y.) stretched the Team USA lead to 3-1 at 18:57 when he buried a one-timer off a rush play pass from Beecher. Boldy also earned an assist after a stretch pass to start the rush. Team USA took the 3-1 lead into the locker room.

Alex Vlasic (Wilmette, Ill.) scored the final Team USA goal of the night at 10:44 of the third period. Boldy earned his second assist of the night on the play.

Knight finished the game with 36 saves to earn his fourth victory of the season and first in NCAA play.

The U18s are back in action next Friday when they travel to Yost Arena in Ann Arbor, Michigan, for a 7:30 p.m. ET matchup with the University of Michigan.

The U18s return to the confines of USA Hockey Arena on Saturday, Oct. 13 for a 2 p.m. ET matchup with the University of Minnesota. Tickets for all NTDP games can be purchased at the USA Hockey Arena Box office, by calling 734-453-8400 or by visiting USAHockeyNTDP.com/Tix.