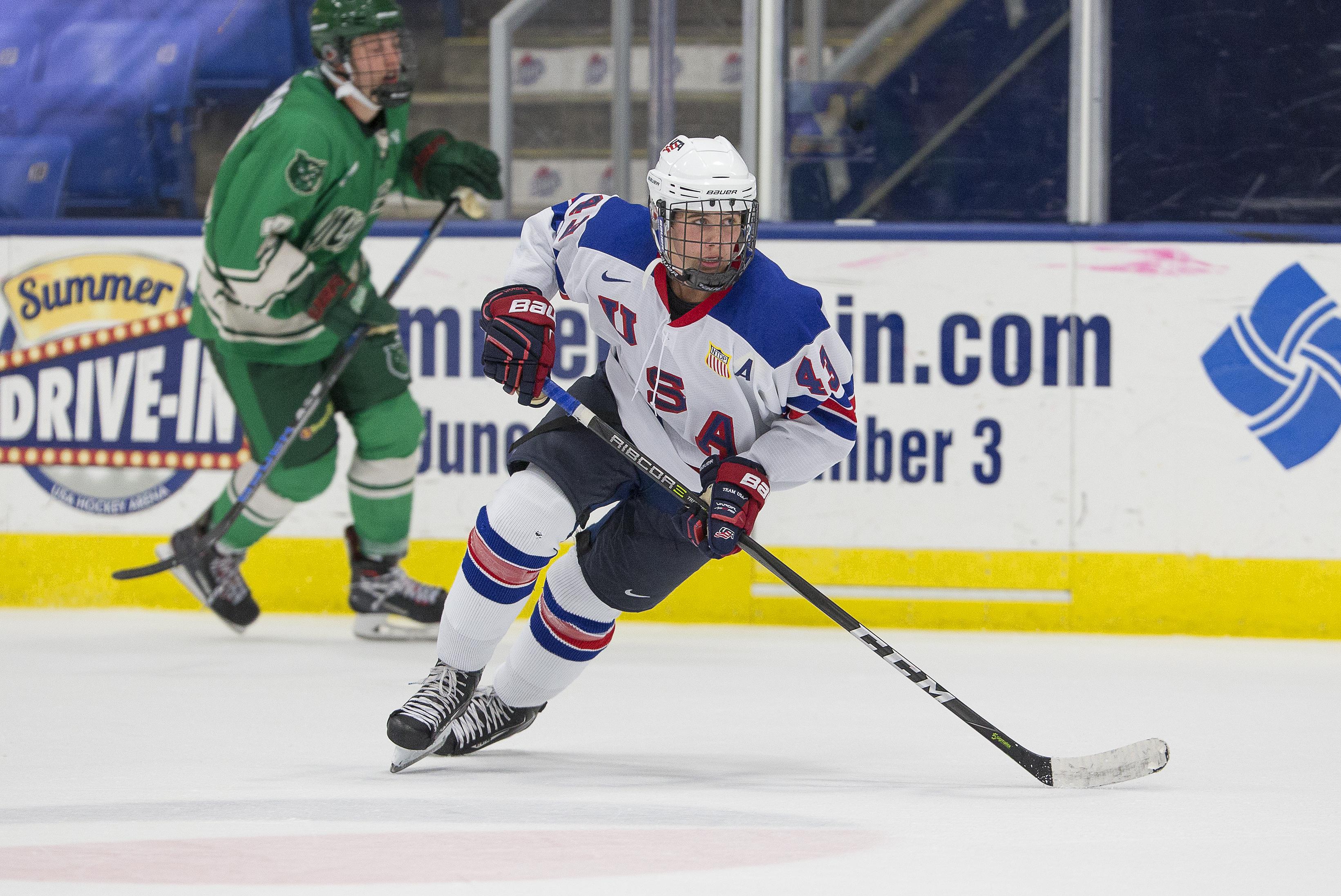 PLYMOUTH, Mich. - Twenty players currently on the U.S. National Under-18 Team roster and four alums of USA Hockey’s National Team Development Program were named to the NHL Central Scouting’s list of “players to watch” for the 2019 NHL Entry Draft.

Skaters tabbed as “B” skaters, likely to go in the 2nd or 3rd round, are forwards John Beecher(Elmira, N.Y.), defenseman Marshall Warren (Laurel Hollow, N.Y.) and goaltender Cameron Rowe(Wilmette, Ill.).

In addition, two other current NTDP players, including forwards Sean Farrell (Hopkinton, Mass.) and Ryder Rolston (Birmingham, Mich.), are not eligible for the 2019 NHL Draft as they are too young.  Farrell and Rolston are eligible for the 2020 NHL Draft.

In addition, 65 players, including the 24 from Team USA, with USHL ties were named to the list, which marks the most of any junior league in the world. To view the list of players with USHL ties, click here.