Matthew Boldy and Cam York tallied twice for the U18s in its 6-3 victory against Muskegon. 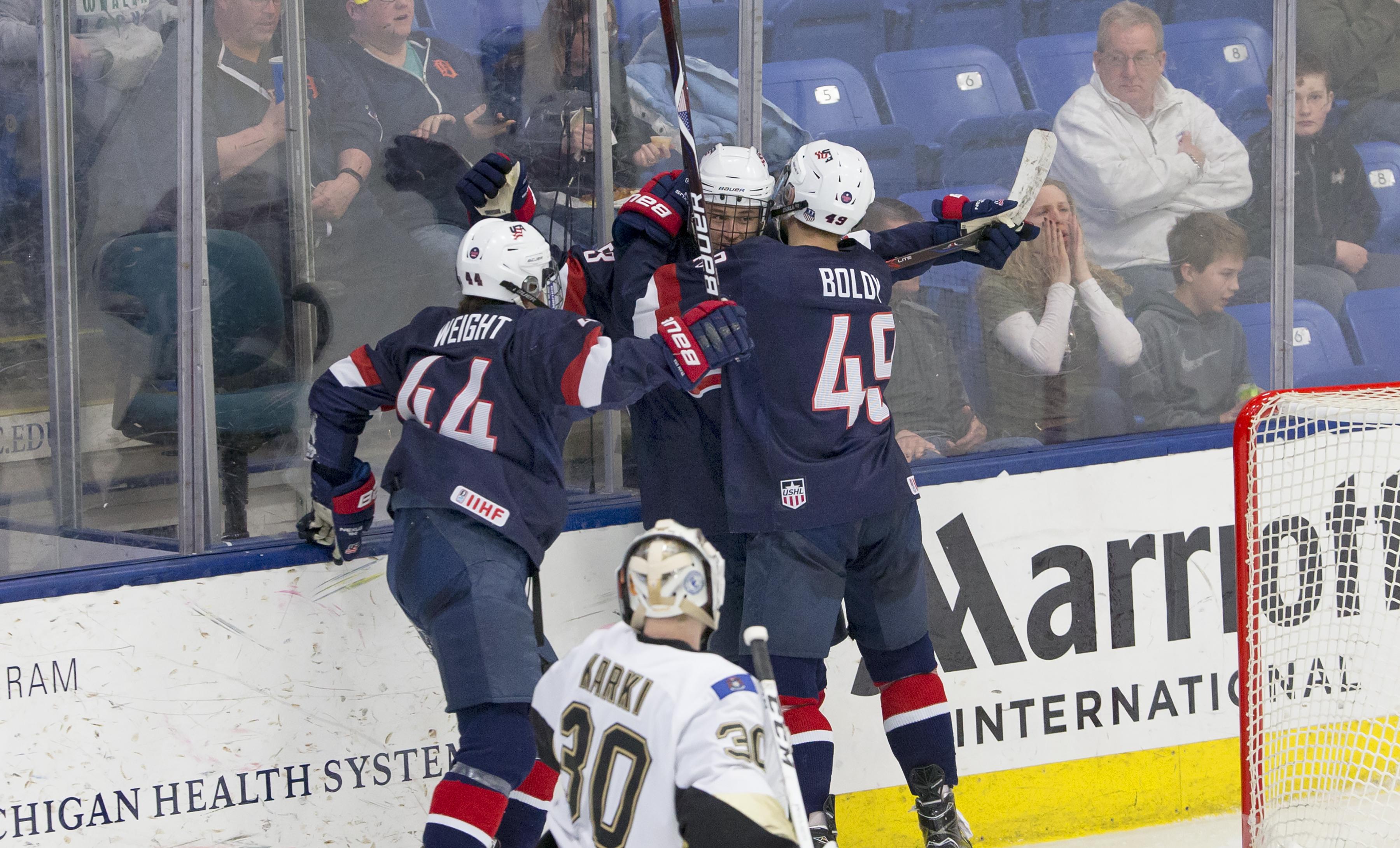 Boldy gave to U18s a 1-0 lead with his second of the season snapping a shot from the high slot past Lumberjacks' goaltender Brandon Bussi at 2:33. Trevor Zegras  (Bedford, N.Y.) and Domenick Fensore  (Thornwood, N.Y.) drew assists.

Helleson scored his first of the year at 9:14 of the period with a hard shot from the top of the right circle to give the U18s a 2-0 lead. Caufield and Farrell drew the helpers.

The U18s extended its lead to 4-1 with a pair of unanswered goals in the second period in outshooting Muskegon, 16-4.

York scored on a power play from the top of the left circle at 2:07 with Hughes and Caufield assisting. Hughes extended the lead to 4-1 at 13:38 with his first goal of the year, scoring on a breakaway from center ice. Hughes came in on Bussi, faked forehand and stuffed a backhand past Bussi from the right goal line.

York and Boldy scored their second goals of the game in the third period, sandwiching them around Muskegon goals by Gaffney and Daniil Guschin.

Next up, the NTDP U18s play in the USHL Fall Classic on Sept. 27-30 at the UPMC Lemieux Sports Complex. The U18s play the Sioux Falls Stampede on Saturday, Sept. 29 at 2 p.m. ET and the Omaha Lancers on Sunday, Sept. 30 at 4 p.m. ET.  Both games will be broadcast on Hockey TV.

The U18s' home opener is Saturday, Oct. 13 at 2 p.m. ET against the University of Minnesota.  Single game, group tickets, season tickets or $5 Friday value tickets for all NTDP games are available by calling 734-453-6400 or by visiting USAHockeyNTDP.com/Tickets.