With NTDP Opportunity, Hockey Won Out for Brett Berard 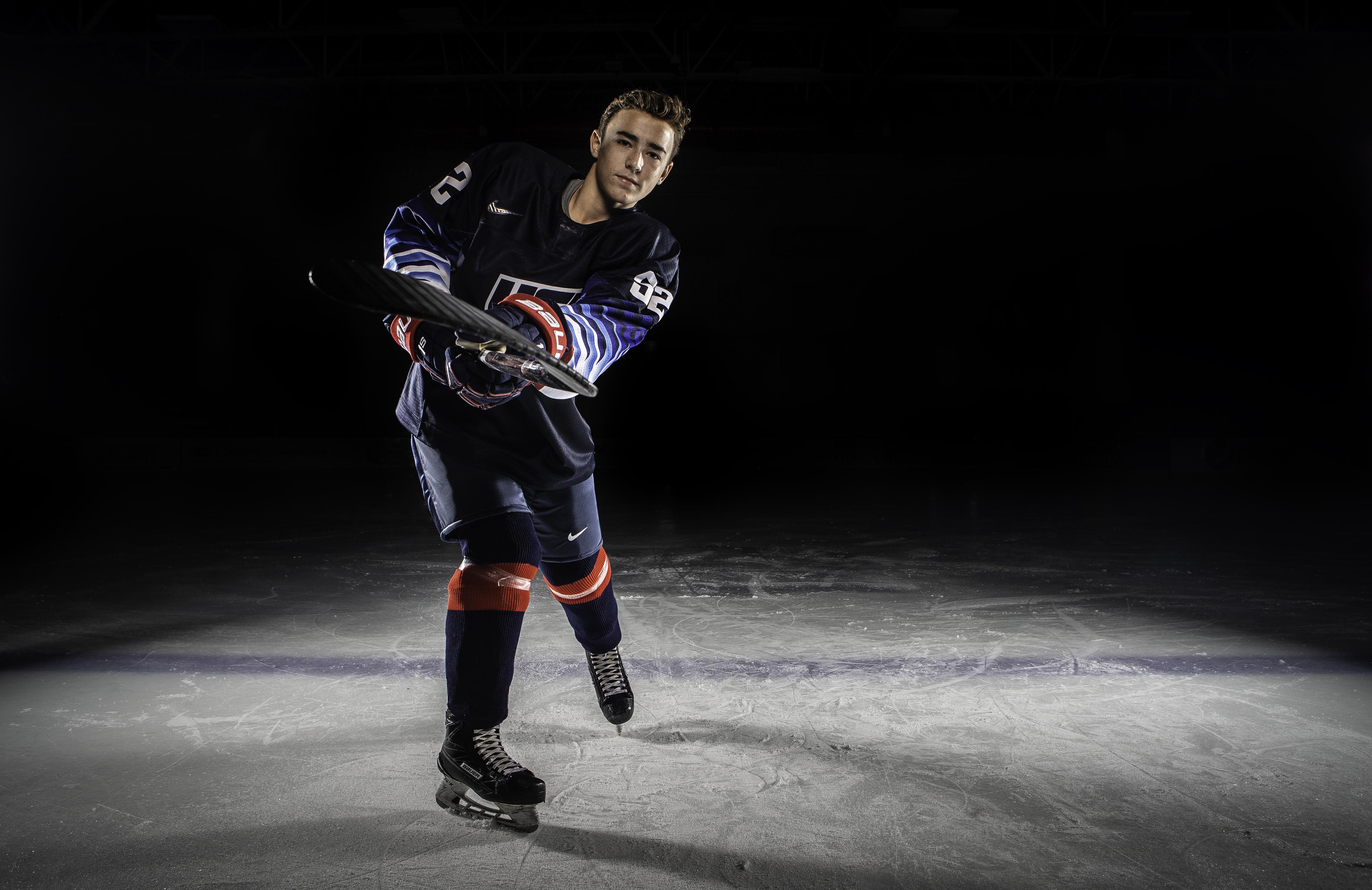 There were two sports that USA Hockey National Team Development Program forward Brett Berard loved when he was growing up: hockey and baseball. It ended up being a fairly easy decision for him on his favorite sport after receiving the call to join the NTDP last spring.

“It was really special to be able to play hockey with the top 22 players in the country in my age group,” said Berard. “I know that being here will make me a better person and a better hockey player.”

Besides the impact on his development, there is naturally one other major factor in playing for USA Hockey.

Berard started playing hockey when he was just two years old. He credits his dad David for his love of the sport. David Berard played college hockey at Providence and is currently the head coach at Holy Cross.

“I started because my dad played college hockey,” he said. “Growing up, my dad was a college coach so as soon as I was able to walk, I started on skates.

“I really owe a lot to him. After games, especially when the team won, he would bring me down to the locker room and I was able to see the players and give high fives. When I turned 14, I got to go on the ice and practice with the team with no contact, of course. I even was able to skate some of the drills with them.”

The East Greenwich, Rhode Island, native started his baseball career with T-ball when he was four years old. He has been playing baseball almost as long as hockey.

“I played until last year when I played for my high school,” Berard said. “This opportunity came around to join the NTDP and I had to take it. I started playing shortstop and second base but for the past three years, I have played center field.”

He credits his time on the baseball diamond in helping his hockey career, especially his time with the Bishop Hendricken Catholic High School varsity.

Berard’s dad wasn’t the only influence on his sports career. With David off coaching hockey, Berard had to rely on his mom Lynne to cart him around to both baseball and hockey. He is very appreciative of her efforts in making sure that he was on time for everything.

Favorite Sport (outside of hockey)
Baseball

“My mom played field hockey at Providence College. She really wanted me to get into sports so I definitely picked up my love from her. She was really the one that had to drive me and my brother to practices and games since my dad was coaching,” he said.

The 5-foot-8, 140-pound forward got his first taste of game action last week as the Under-17s split a pair of games with the Johnstown (Pennsylvania) Tomahawks, falling 6-2 on Sept. 7 before rebounding with a 4-3 overtime victory on Sept. 8.

Berard still remembers walking into the locker room for the first time and seeing the USA jerseys hanging in the stall.

“It was the best feeling ever to be in the locker room,” he said. “It was such a surreal moment to see the jerseys for the first time. I can’t believe that I’m playing for my country."

“I think we were nervous that first game. Everyone had to make adjustments and it was not our best effort. We were able to sleep on it that night and then the next day, we woke up and watched some video. We got to the game and we executed our plays. It was fun when we won that game.”

It was such a surreal moment to see the jerseys for the first time. I can’t believe that I’m playing for my country.

Berard understands that he must continue to work hard, both on and off the ice between the team’s next set of games Sept. 21-22. He is taking advantage of some valuable lessons from the U17 coaching staff, including Head Coach Seth Appert, Associate Coach Nick Fohr and Intern Assistant Coach Jared Nightingale. Berard remarked on just how important it will be for him and his development.

“I have been told, ‘Don’t get frustrated,’” Berard said. “I know that I’m on the small side and it’s going to be tough this year. I’m going to have to make adjustments, especially playing against stronger guys. I just need to stick with the process and it will happen.”

That process is what helped get Berard to the NTDP and will continue to fuel his love and passion for the sport. 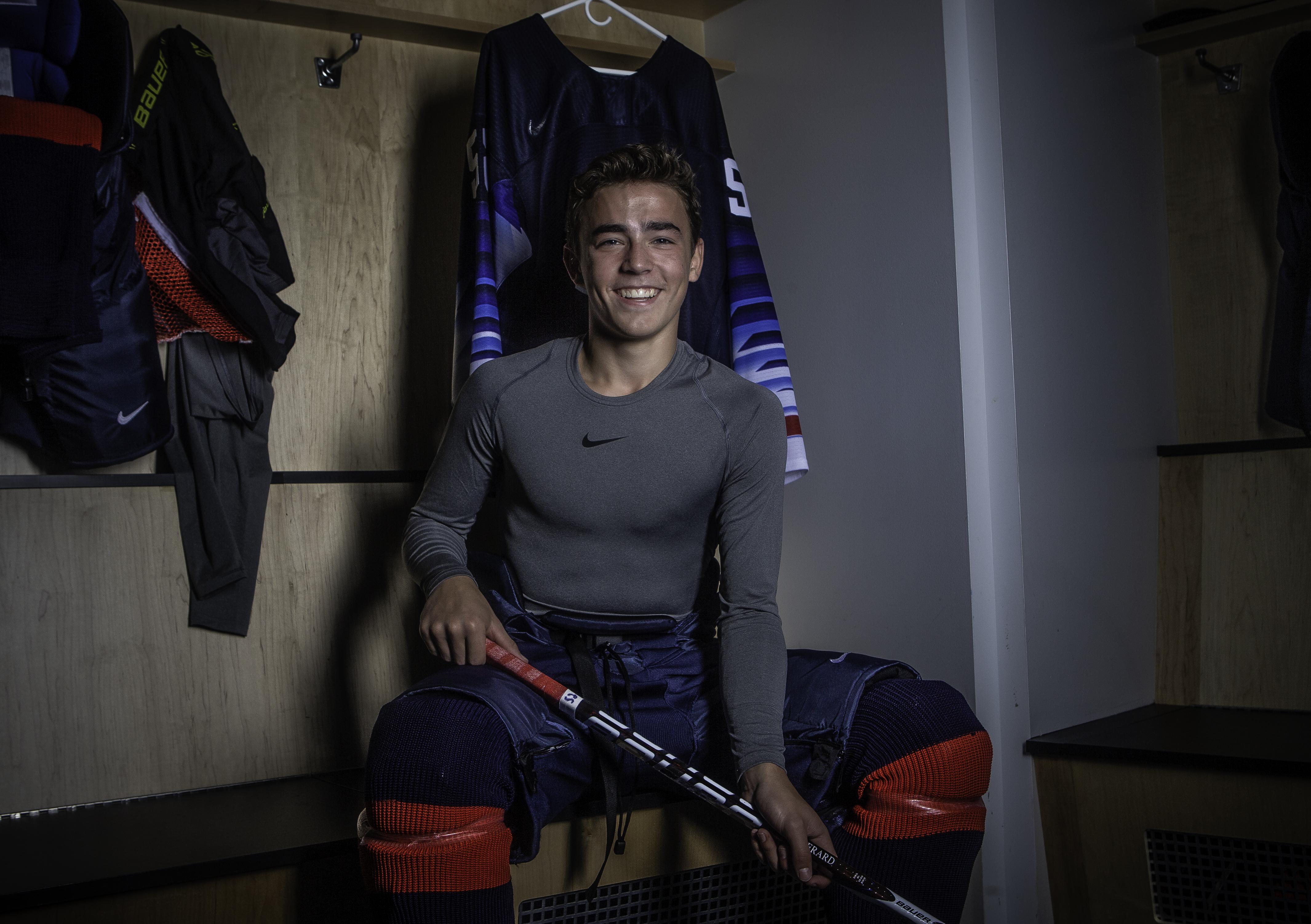