Hockey Was the Only Sport for Trevor Zegras

The New Yorker has loved skating ever since he was 3 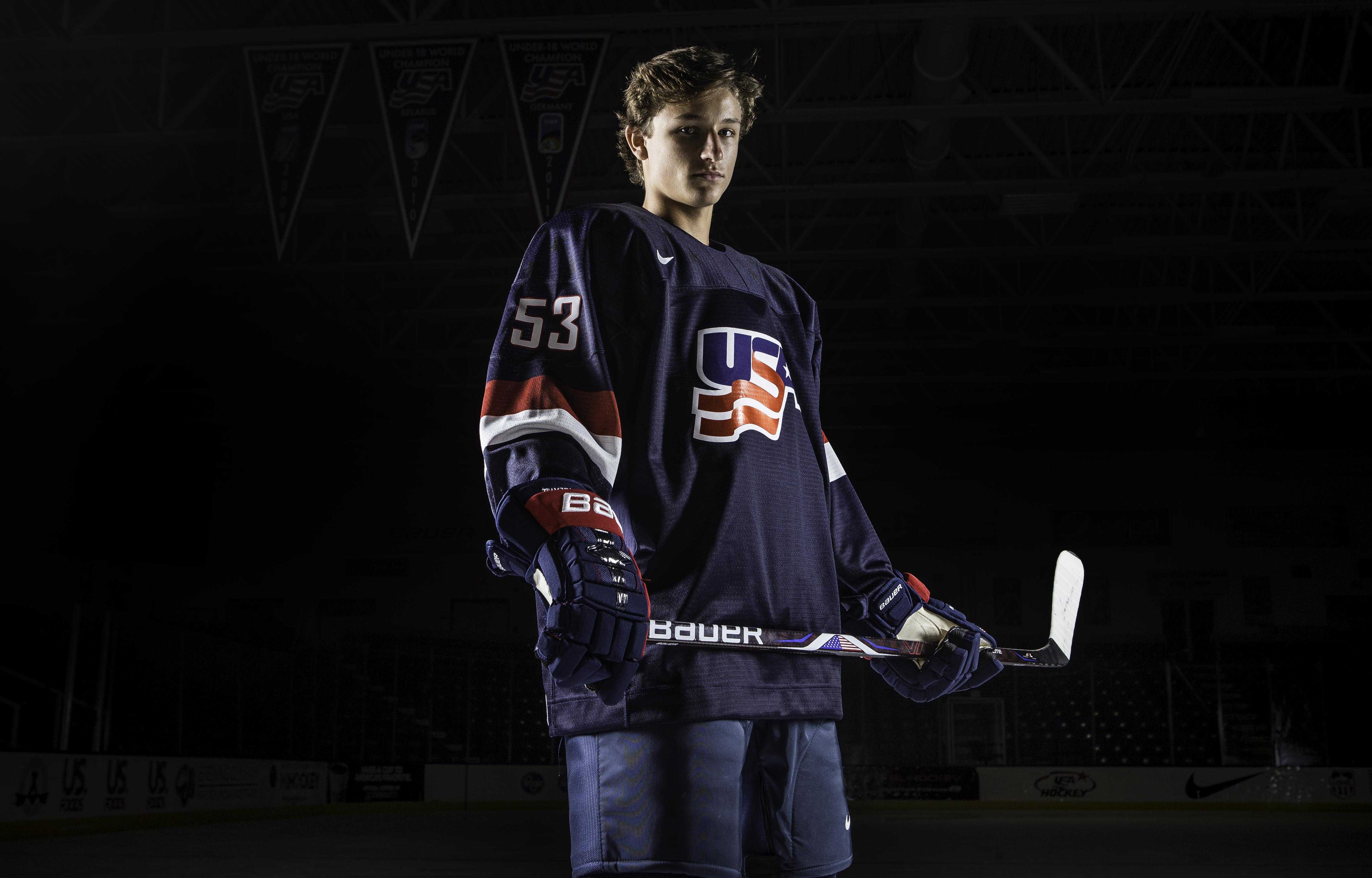 Growing up, Trevor Zegras played just about every sport imaginable. But in the end, there was only one that stole his heart.

“I really liked skating,” he said. “It’s the biggest difference between hockey and other sports. There is something about scoring, playing with a puck and stickhandling that I just fell in love with over time.

“I think I played every sport possible as a kid but as I got older, I had to narrow it down. I mainly played hockey and lacrosse, but finally got to a point where I had to decide, and it was an easy choice for me. The last three years, it has been mainly hockey.”

His hockey-playing days started in his hometown of Bedford, New York, when his dad introduced him to the sport.

“I started hockey when I was about 3,” explained Zegras. “My dad played a little bit as well as his brother. My cousins and I would go out and play in the Rising Stars youth program. We would go a couple days a week and it just stuck from there. I really liked it.”

As he continued his journey in hockey, Zegras set a goal to make USA Hockey’s National Team Development Program when the time came.

“I made this decision in my bantam-major year,” he said. “That is when they started scouting for this team and I knew this was the spot to play. For those two years, that was my main goal.”

He was overwhelmed with excitement when he learned that he had reached his goal of making the NTDP at the top 40 camp in the spring of 2017. The experience was something that he will never forget.

“It was crazy. Leading up to it, there was so much hype about this team,” Zegras said. “The year before, the goal was to make this team. I worked so hard to make this team and then, when we got to camp and we had the meetings, it was fulfilling. My parents and I were here — and it was very exciting. I got the invite at the top 40 camp."

“I had actually gotten scratched for a game and I thought I had done something wrong. My dad and I went into Mr. [Scott] Monaghan’s office and he said, ‘Would you like to play for this team?’ I almost jumped out of my seat and said yes. That was pretty exciting.”

Fast forward a little over a year and Zegras realizes just how much he has learned about himself in his first season with the NTDP. It was actually something small that he carried with him all season.

“It can be hard at the NTDP, skating three days a week and working out two and games on the weekend against older competition. You have to find that steady, even spot where it is what it is.”

The 5-foot-11, 160-pound forward really noticed the growth of his game in his first season with the red, white and blue. He finished the season with 20 goals and 59 points in 59 games.

“Consistency has been my biggest growth,” said Zegras. “At the beginning of the year, I was definitely not as confident with the puck or making plays. Towards the end of the year, I had way more confidence especially playing against the older guys and knowing that I can play with these kids. It really takes a level of confidence.”

That confidence was a big reason behind the Under-17s’ historic success this season.

“Coming to the rink every day, everyone was excited,” said Zegras. “It really started with the coaches and how much energy they brought and how every day at practice, it was exciting. Everyone was to be here and play. Coming into this, everyone is a top player and it is really the opportunity. Every time we needed someone to step up, they did.”

He has several favorite memories from this season, but one stood out among the rest.

I had actually gotten scratched for a game and I thought I had done something wrong. My dad and I went into Mr. [Scott] Monaghan’s office and he said, ‘Would you like to play for this team?’ I almost jumped out of my seat and said yes. That was pretty exciting.

“My favorite moment was when we won the Under-17 World Challenge [in British Columbia],” said Zegras. “That was the best tournament of my life. I don’t think I have ever had more fun or been more excited to play a hockey game, especially against Canada in the finals in Canada.

“It was the most fans I have ever played in front of and we scored so many goals. They came back and that really got us on our toes. Then, the joy of hearing the buzzer go off and knowing that we won, it just made it special.”

One thing never changes for him and that is just how special it is to wear the USA colors, especially when it comes to international play. 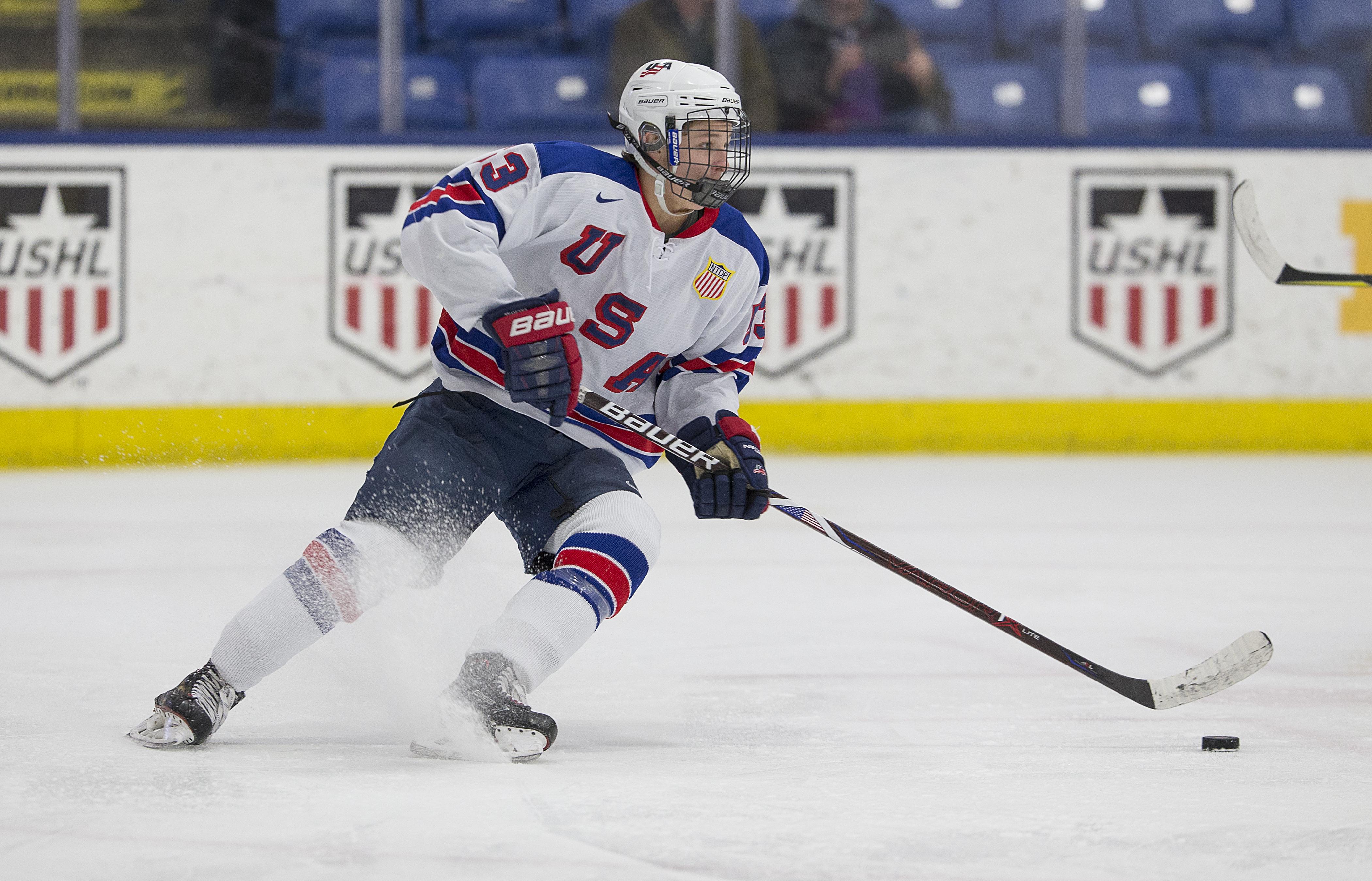 “I think it is everything,” remarked Zegras. “You go from playing tournaments as a kid, playing for youth teams or in spring games. Then, you look down and realize that you are playing for Team USA and you are playing Canada and you just beat them in the finals. It’s something you will never forget and it’s really special.”

That is why he will never be satisfied with where he is at as a player on the ice. He understands how important it is to put in the time this summer so he is prepared for his final season with Team USA.

“Back home, I have a gym that I will train at four days a week and pop into the rink to skate too,” said Zegras. “I think the time that we have this spring will be very beneficial for how we will play next year. We will get stronger and bigger and our goal next year is to win the Under 18 worlds. Whatever I can do to prepare for that, I will.”