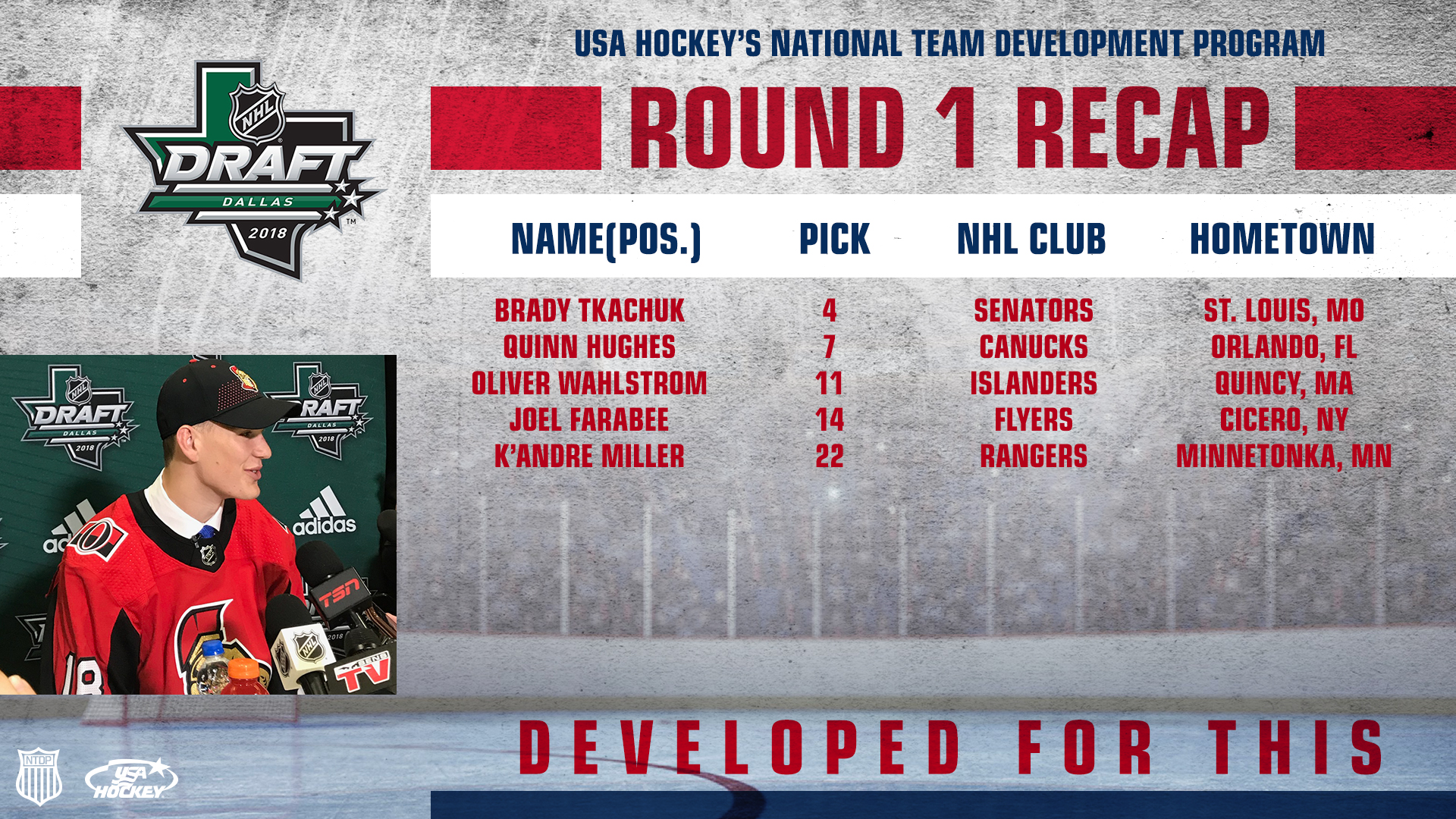 PLYMOUTH, Mich. - Six players with USA Hockey National Team Development Program connections were selected on Friday in the first round of the 2018 NHL Draft, held at American Airlines Center in Dallas, Texas. 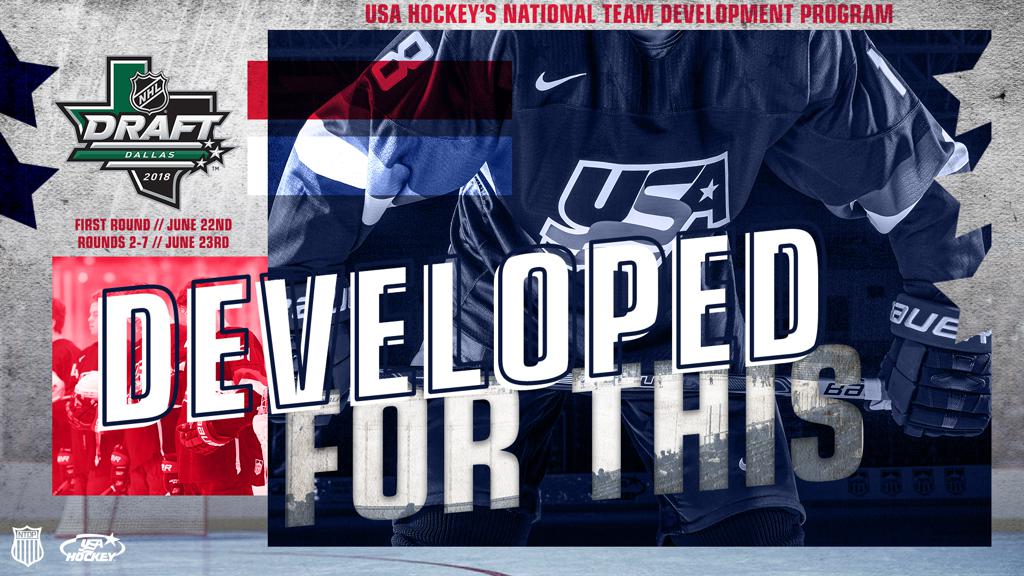 “It’s an awesome feeling,” Tkachuk told NBCSN after being selected.  “I’m shaking right now.  All the credit goes to my parents (Chantal and Keith). It’s a huge goal of mine to get to the NHL as soon as possible, but if not, I’ve got another year to develop.”

Forward Oliver Wahlstrom (Quincy, Mass., NTDP 2016-18) was taken with the 11th overall selection by the New York Islanders.  Wahlstrom led all players eligible for the 2018 NHL Draft in scoring 48 goals with 46 assists for 94 points, and was +37 in 62 games for the NTDP U18s last season.

“I’m so thankful to be in this position.” Wahlstrom said.  “The Islanders are an unbelievable organization.  I am happy and ecstatic.”

“It’s awesome,” Farabee said of his selection.  “I really don’t have any words right now – I’m just soaking it (the moment) in.  I’m just honored to be part of the organization.  It’s a really special time to share this moment with my family.”

Joel Farabee was selected 14th overall by the Philadelphia Flyers

A player with NTDP ties – Jay O’Brien (Hingham, Mass.) - was selected 19th overall by the Philadelphia Flyers.  A center, O’Brien played in seven games for the NTDP U18s early last season and scored a goal and an assist.  He played the bulk of last season with Thayer Academy in the U.S. high school ranks and scored 43 goals with 37 assists for 80 points in 30 games.

Originally slated to selected 26th in the first round, the New York Rangers made a trade with Ottawa to move up to 22nd overall to select defenseman K’Andre Miller (Minnetonka, Minn., NTDP 2016-18).  Miller recorded 9 goals with 20 assists for 29 points, and was +23 in 58 games for the NTDP U18s last season.

“To have an organization like that (the Rangers) come to you to really want you is awesome,” Miller said. “It’s shows all the hard work and dedication pays off in the end. To spend this time with my family and friends is special.”

The draft continues on Saturday with rounds 2-7 in Dallas (11 am, NHL Network).