Injury-plagued Under-17 season has defenseman hungry for more 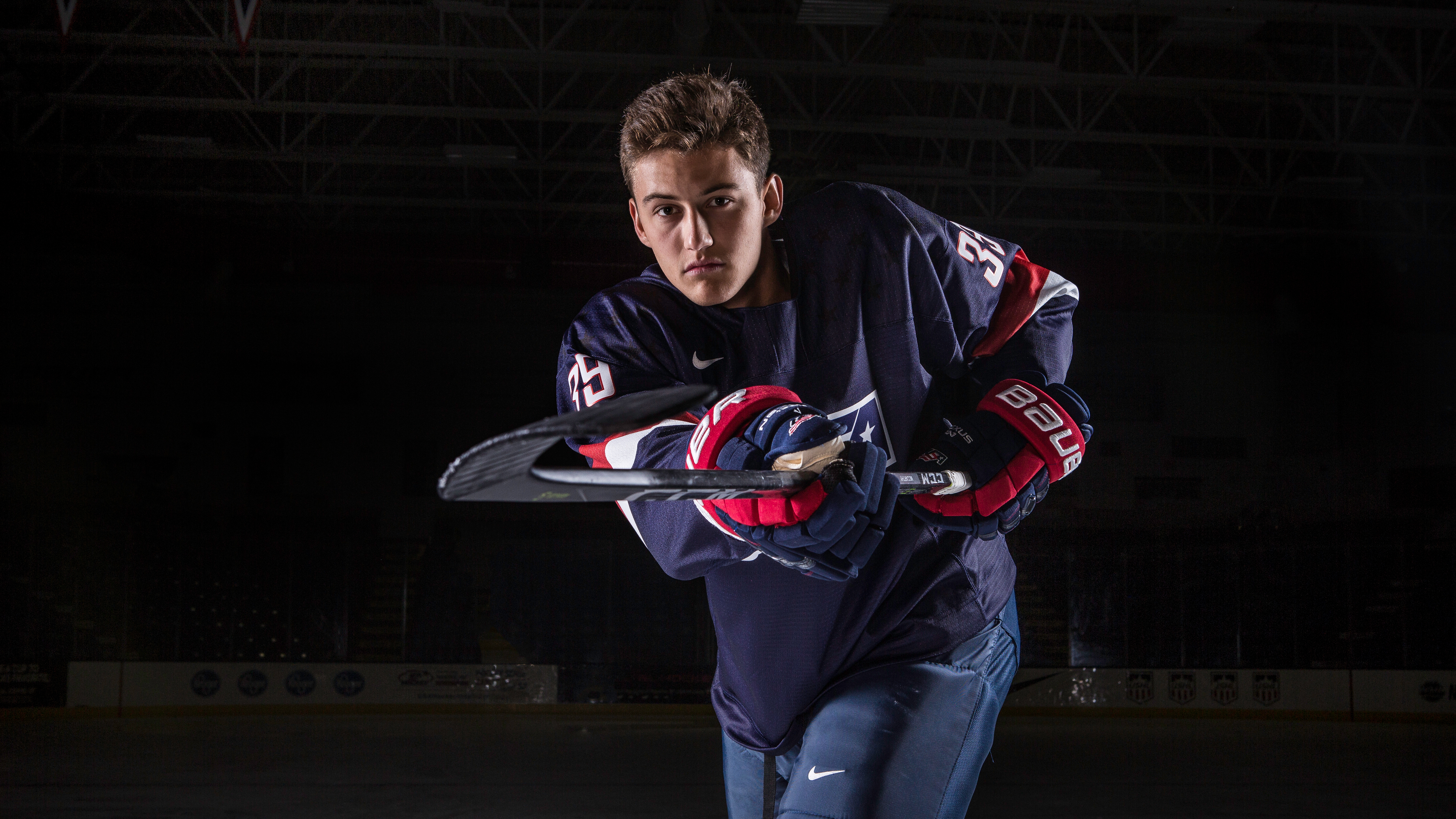 For Case McCarthy, it all started with an outdoor rink in his backyard. It turned out to be love at first sight.

“My dad built a backyard rink and that really got me into hockey, just being outside,” said McCarthy, who started playing when he was 5 years old. “On top of that, my grandpa was always outside with me and he was a big influence. He doesn’t skate very much but he really enjoyed being outside with me and my brothers, especially when we were younger.

Hockey was an easy fit for the Clarence Center, New York, native. He was especially drawn to the team environment of the sport.

“It’s so cool to be part of a team, especially when you are a kid. You have endless friends on the teams you play on and that really got me kickstarted and it carried on from there,” explained McCarthy.

Being a team player was really how he ended up at the blue line in the first place.

“I actually started off as a forward and a coach wanted to try me out at D and I loved the position. It just went on from there,” he said.

McCarthy played for the Buffalo Jr. Sabres 16U team prior to coming to USA Hockey’s National Team Development Program this season. There was definitely an adjustment period to playing in the United States Hockey League against older players.

“The speed was the biggest adjustment. Everything happens quickly at this level and there was a little adjustment period and then, it is just hockey from there,” he said.

McCarthy credits both off-ice training and work in the film room in helping develop his game, as he finished with four goals and 18 points in 41 games.

He especially noticed a burst in speed.

“That really came from the training off-the-ice, two or three times a week, especially in the weight room,” McCarthy said. “You are building as a player, building strength.

“We usually go over video stuff as a team and then, we have individual D meetings which are very helpful. It allows us to work out some of the kinks, what we do well and what we need to improve on, especially as a D core.”

McCarthy was just starting to find his cruising speed on the ice when an injury derailed the final 20 games of his season and he had to watch from the sidelines.

“It was devastating,” he said. “At first, you do not know what is happening and you are angry and have mixed emotions. After that phase, you have to get over it and find a way to motivate yourself so you are ready to get back.”

One thing that McCarthy made sure to do was find ways to stay engaged with his team.

“Hanging around the guys off the ice was a big part of it,” he said. “On top of that, the coaches were very helpful and giving me film to watch and finding ways to help keep me mentally engaged with my position. They allowed me to see some things in different ways than when you are in the game.”

“At first, you do not know what is happening and you are angry and have mixed emotions. After that phase, you have to get over it and find a way to motivate yourself so you are ready to get back.”

The 6-foot, 196-pounder has been back on the ice for almost four weeks now. McCarthy is working hard to get back to where he was pre-injury.

“My rehab going very well” he said. “I’m back finally and skating with the team and working out. It’s great to be back doing everything so that was a big relief. I’ve been back about three weeks and it’s been a big jump in progression since I’ve been back.”

Right now, McCarthy and his Under-17 teammates are in the middle of spring training. It’s a tough couple of weeks, but he understands what they need to accomplish.

“I really want to build. I know we had our spring training cut short because of our long season and playoff run. We are focused on building as players, especially building strength to reach that next level for next year and going forward,” he said. 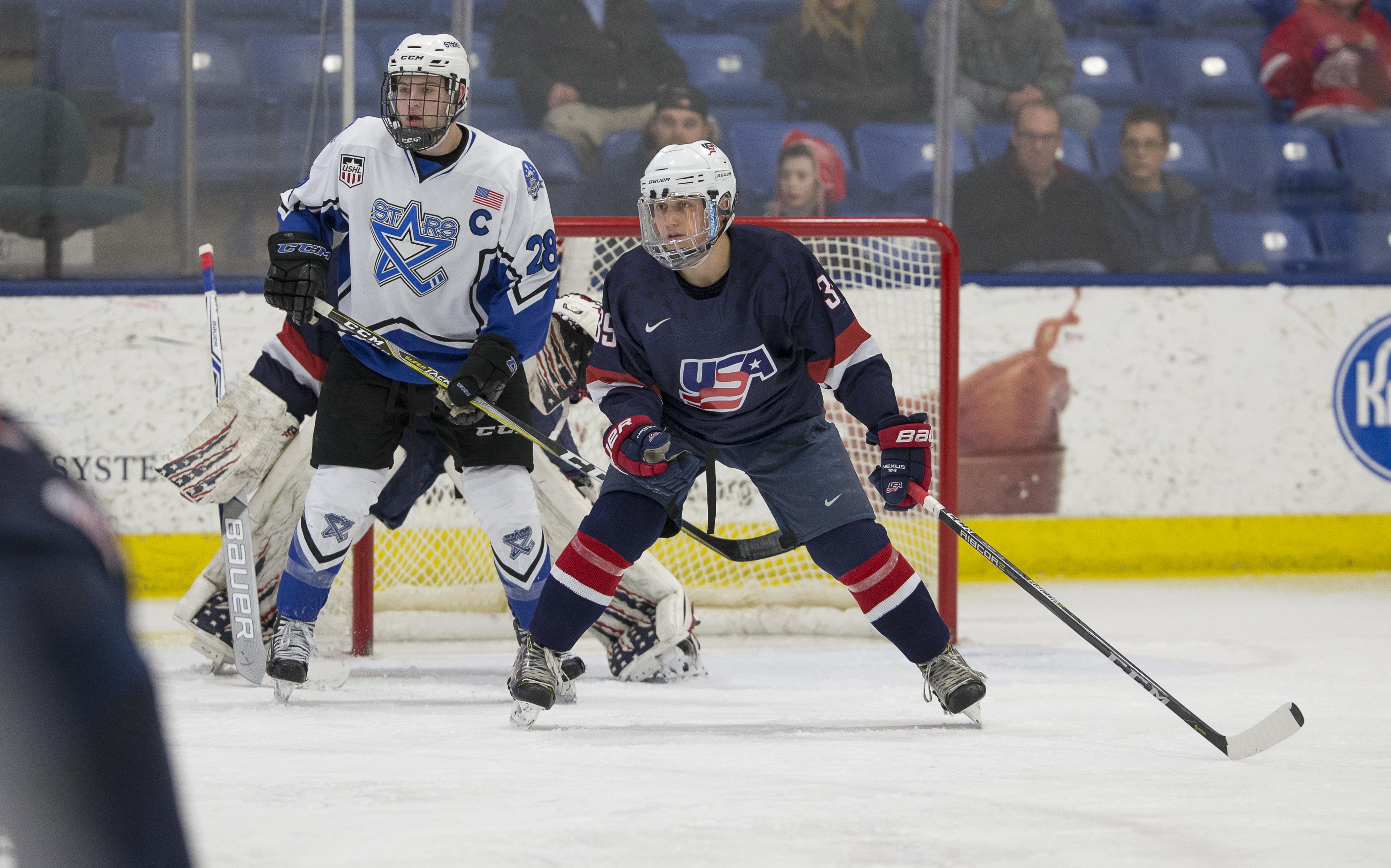 He has plenty of memories from his first season with the red, white and blue. One stands out above the rest.

“I would say the U17 World Challenge,” he said. “That was a big moment for our team to be able to go there and play the best countries in the world. It was very special and it was a great experience to be able to bond with the guys.

“The gold medal game was cool. It was a full crowd and playing against Canada, and we won.”

Any chance a player gets to represent his country his special, and McCarthy relishes the chance to do so each and every day.

“It means everything to be able to represent your country on a daily basis,” he said. “To be able to understand that underlying meaning and play a sport that you love, it is incredible.