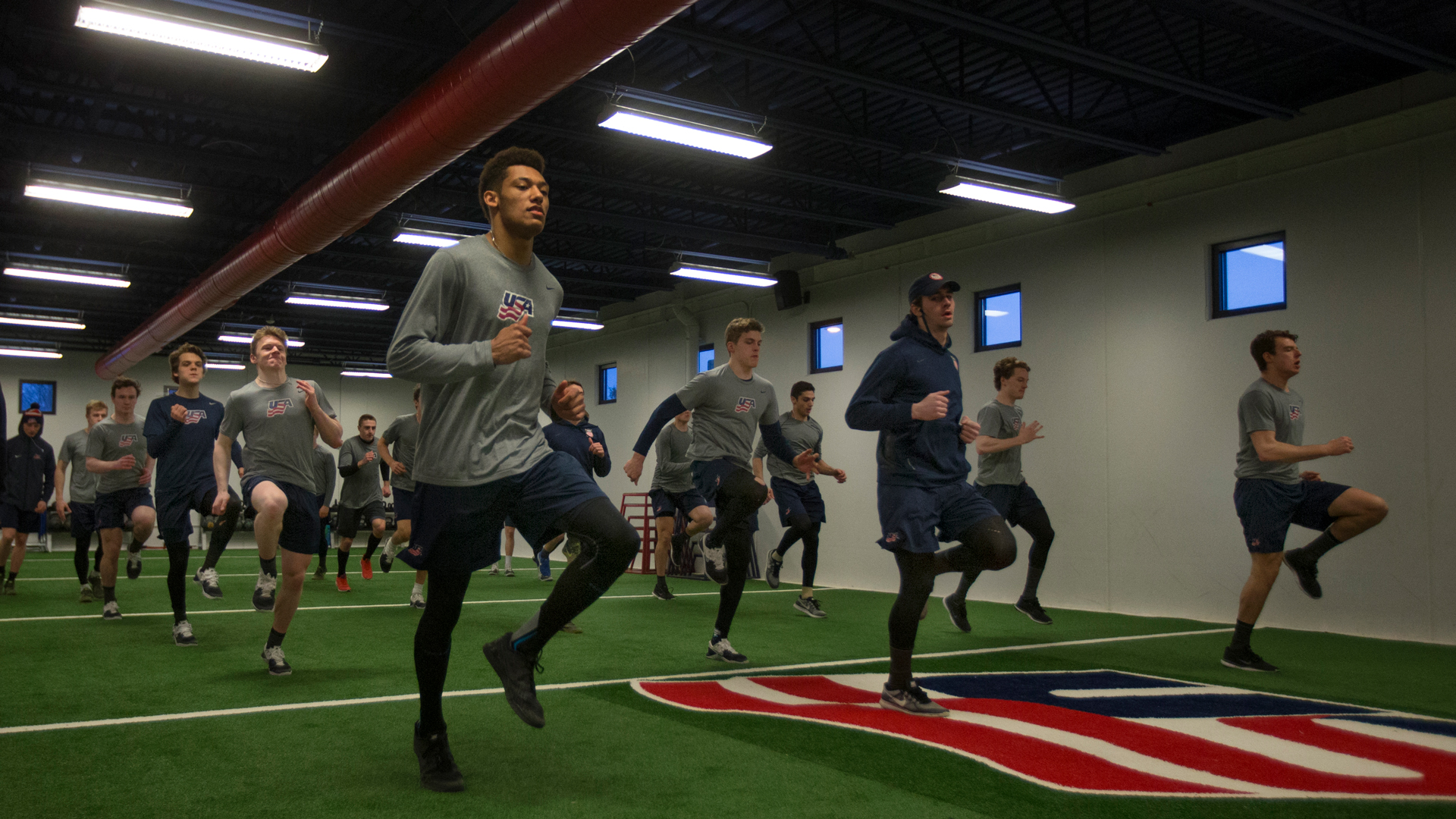 PLYMOUTH, Mich. - Eighteen players with ties to USA Hockey's National Team Development Program will participate in the 2018 NHL Scouting Combine in Buffalo, New York ahead of the 2018 NHL Draft in Dallas, Texas.

According to the NHL, the event consists of player interviews, medical assessments and a series of physical fitness tests. All 31 NHL Clubs have the opportunity to conduct individual interviews with players in preparation for the 2018 NHL Draft.

Eleven members of the 2017-18 U.S. National Under-18 Team were invited. Those players include:

In addition, two members of the 2016-17 U.S. National Under-17 Team, Blade Jenkins and Keegan Karki were invited.

ABOUT THE NTDP: USA Hockey’s National Team Development Program enters its 22nd season of competition and is based at USA Hockey Arena in Plymouth, Michigan. The goal of the full-time development program is to prepare student-athletes under the age of 18 for participation on U.S. National Teams and success in their future hockey careers. Its efforts focus not only on high-caliber participation on the ice, but creating well-rounded individuals off the ice.