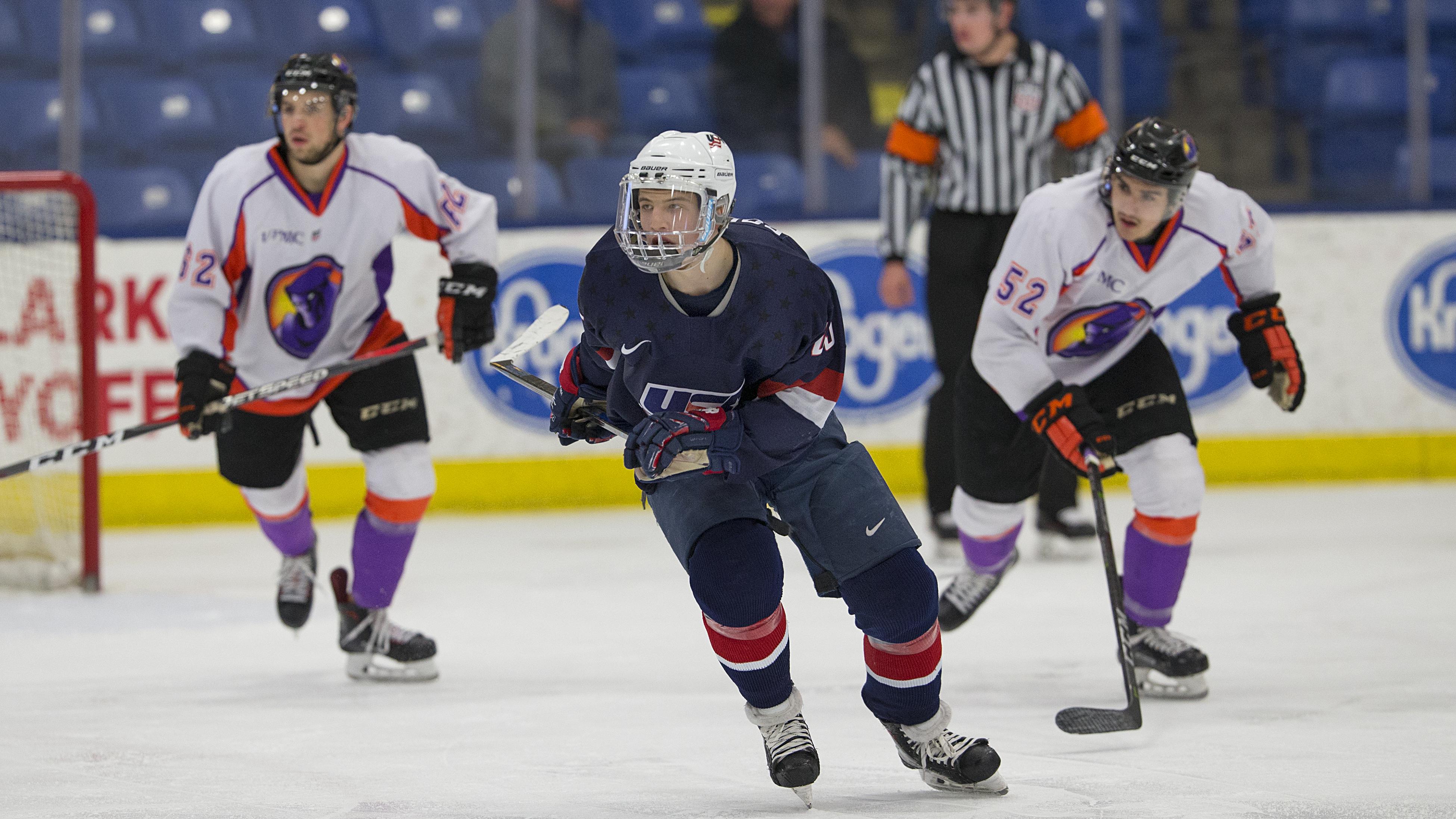 “I thought Youngstown played a great series," head coach John Wroblewski (Neenah, Wis.) said after the game.  "It was well drawn up and executed by their players."

Youngstown wins the series, three-games-to-one, to advance to the USHL's Clark Cup Final.

The U17s got off to a good start, taking on 1-0 lead at 10:25 of the first period on Middendorf's team-leading sixth goal of the playoffs.  Ryan Siedem (Madison, N.J.) pinched with the puck to the right corner in the Youngstown zone and fed the puck in front of the net to Middendorf, who scored on a re-direct.

Dalton Messina - set up on a Max Ellis pass from the right circle across to the left - snapped a high shot past Team USA goaltender Cameron Rowe (Wilmette, Ill.)  at 12:42 to tie the game.  At 14:59, Youngstown's Matt Barry found Mike Regush at the hash marks  to give the Phantoms their first lead of the game.

Barry scored the only goal of the second period, banking a shot from beyond the USA goal line off of Rowe's back to give Youngstown a 3-1 lead at 1:05.

Team USA tried to push the pace, but Phantoms goaltender Ivan Prosvetov stopped all 11 shots he faced in the second period.

Trevor Zegras (Bedford, N.Y.) had two excellent opportunities to score in the third period.  With 6:07 remaining and Team USA trailing 3-1, Prosvetov stopped Zegras at the hashmarks with traffic.  With 3:20 left Zegras rang a shot from the right circle off the crossbar.

With 3:11 left and a face-off in the Youngstown zone, Wroblewski called a timeout and pulled goaltender Rowe.  But Youngstown scored two goals on the empty net to seal the win - Eric Espositio and 18:25 and Chase Gresock at 18:47.

"I thought our guys gave everything they had. If you would’ve told me 12 months ago we’d be in the spot a lot of people wouldn’t have believed it," Wroblewski said.  "I think we set a new bar for the NTDP and that’s something these kids will realize one day; it’s probably not today because they’re all very disappointed but they should be proud."

NOTES:  Both teams went 0-2 on the power play  … Team USA outshot Youngstown, 33-24 ... Team USA won its first ever USHL playoff game in Game 1 of the Eastern Conference Semifinal on Saturday (April 21) defeating the Chicago Steel, 3-0 ... The Under-17 Team went further than any other NTDP in USHL play.