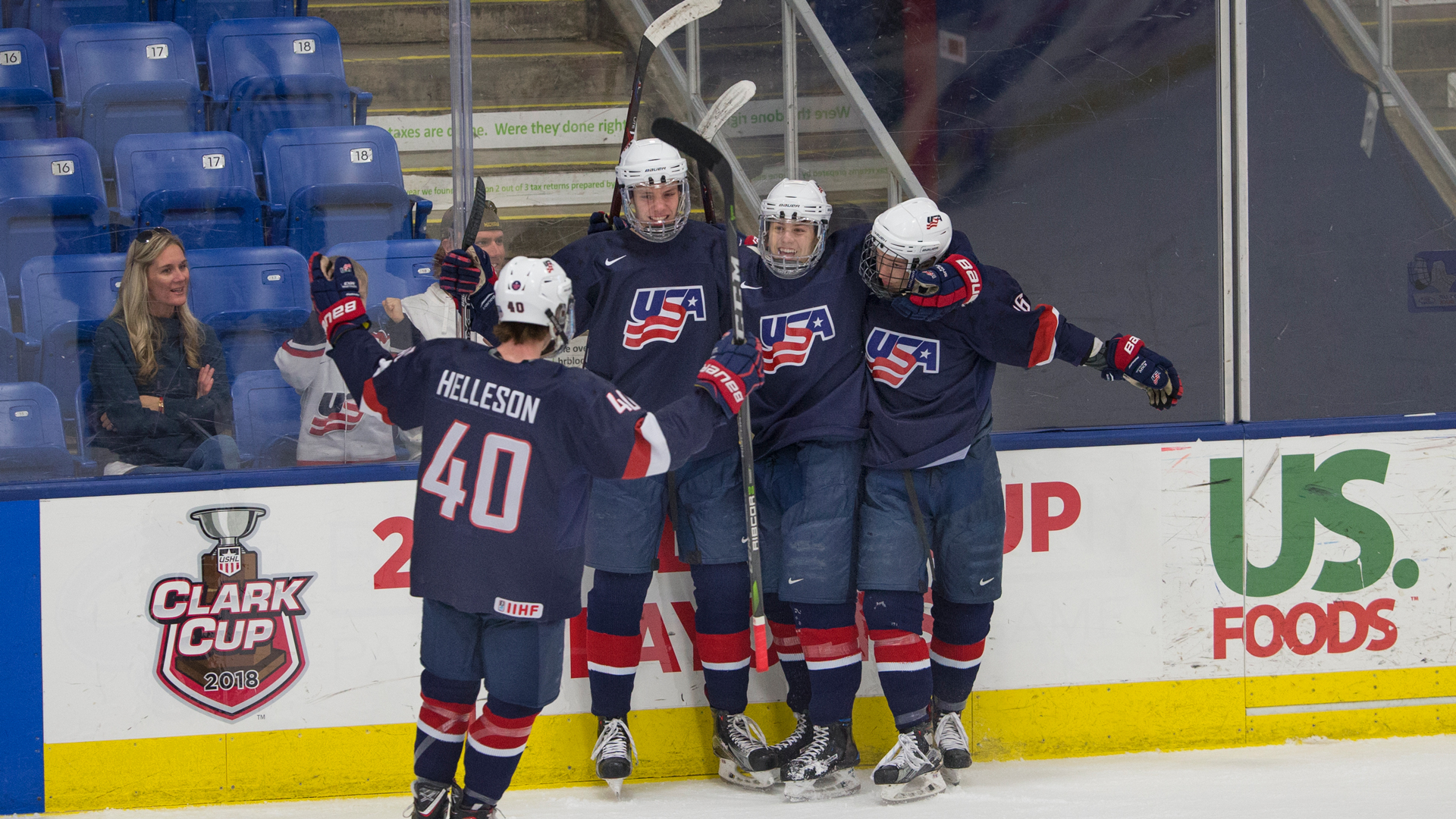 With the win, Team USA ties the series at 1-1 in the Eastern Conference Finals, with game three set for Friday (May 4) night at the Covelli Centre in Youngstown. Puck drop is set for 7:05 p.m. ET and can be seen live at HockeyTV.com.

“These guys have learned a lot of lessons this year on how to win games and they showed that tonight,” head coach John Wroblewski (Neenah, Wis.) said after the game. "In our morning meeting we highlighted chances from last night that we thought we missed and hats off to the players for their response to that today."

Lindmark opened the scoring for Team USA at 3:40 when he knocked in a rebound off a wrap-around shot by Sean Farrell (Hopkinton, Mass.).

Danny Weight (Lattingtown, N.Y.) extended the NTDP lead to 2-0 at 6:21 after firing a wrist shot past the glove of Youngstown goaltender Ivan Prosvetov. Erik Middendorf (Scottsdale, Ariz.) assisted on the tally.

Lindmark tallied his second goal of the period at 14:25 on a shorthanded breakaway after deking to his backhand and depositing the puck five-hole. Farrel earned the assist on the shorthanded tally.

Henry Thrun (Southborough, Mass.) added another tally on the power play with 18 seconds remaining to give Team USA a 4-0 lead heading into the first intermission. Matthew Boldy (Millis, Mass.) and Trevor Zegras (Bedford, N.Y.) earned assists on the goal.

Marshall Warren (Laurel Hollow, N.Y.) opened the second period by widening the U.S. lead to 5-0 :40 into play when he skated around the net and banked a wraparound shot off Youngstown goaltender Wouter Peeters that trickled into the back of the net.

Youngstown answered with a goal at 1:57 before Lindmark netted his hat-trick goal 13 seconds later to make the score 6-1. Farrel earned his third assist of the night on the play.

Youngstown scored twice midway through the second period to cut the lead to before Boldy answered for Team USA by firing a wrist shot high glove side at 12:06 to bring the score to 7-3. Zegras earned his second assist of the night on the goal.

Youngstown added two late goal to bring the score to 7-5 heading into the second intermission.

Youngstown opened the third period with an early goal before Warren and Patrick Moynihan (Millis, Mass.) scored goals :23 apart midway through the final frame to extend the U.S. lead to 9-6.

NOTES:  Youngstown outshot Team USA 35-31 … The NTDP went 1-4 on the power play attempts and shut down Youngstown on its one power play … Team USA won its first ever USHL playoff game in Game 1 of the Eastern Conference Semifinal on Saturday (April 21) defeating the Chicago Steel, 3-0 ... The Under-17 Team have already gone further than any other NTDP team in USHL playoffs ... Tickets for all home games are available by calling 734.453.8400, visiting the USA Hockey Arena Box Office at 14900 Beck Road, Plymouth, Michigan or by visiting USAHockeyNTDP.com/Playoffs.