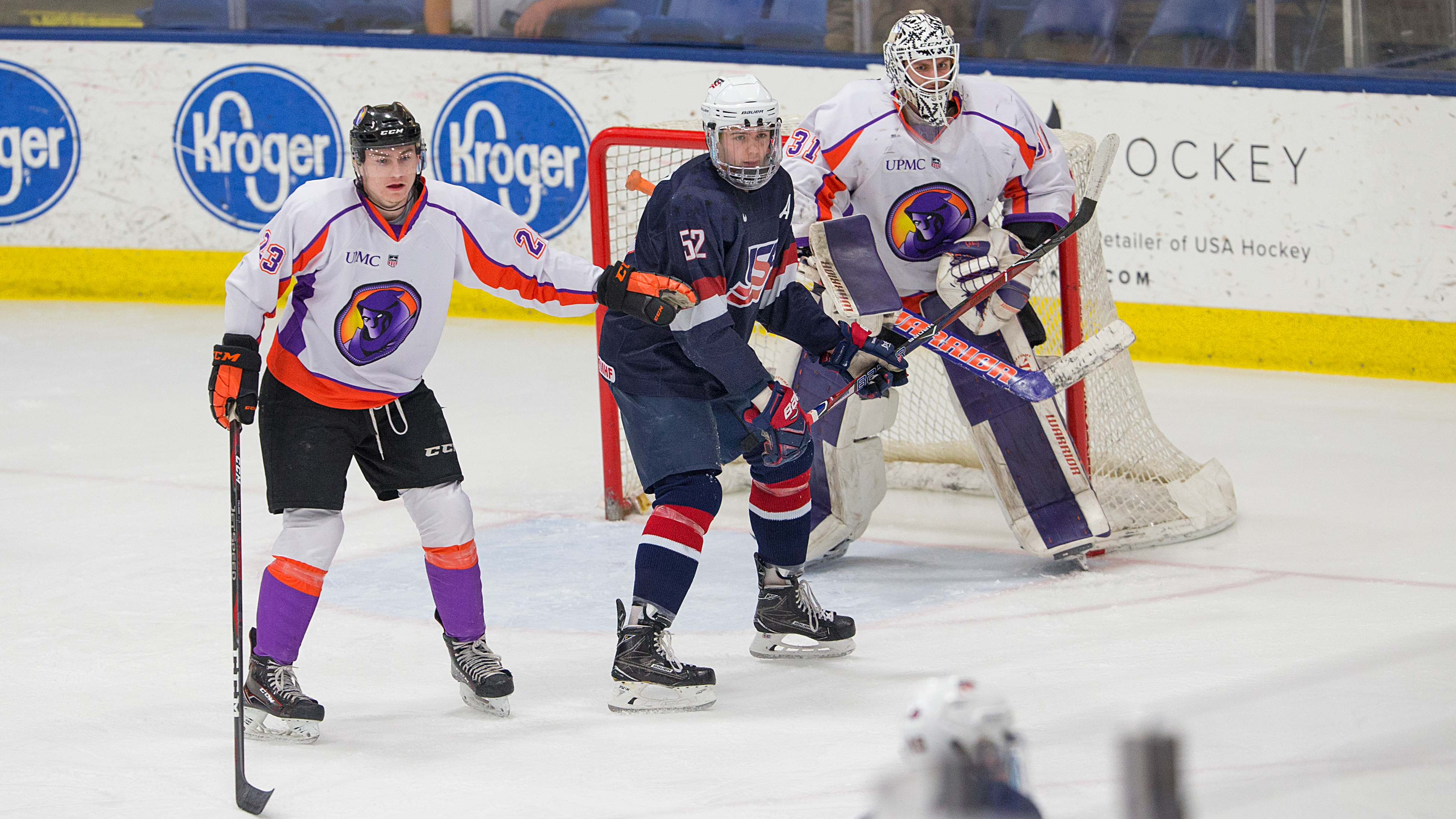 Team USA looks to even the series tomorrow night at USA Hockey Arena in Game 2 of the Eastern Conference Final.

“Our execution wasn’t where it needed to be but I think we answered a very important question tonight,” said John Wroblewski (Nennah, Wis.), head coach of the U.S. National Under-17 Team. “I think we answered the question whether we could compete in this series and that is enormous moving forward.”

Patrick Moynihan (Millis, Mass.) gave Team USA an early 1-0 lead at 3:45 by one-timing a feed from Henry Thrun (Southborough, Mass.) past Youngstown goaltender Ivan Prosvetov. John Beecher (Elmira, N.Y.) also picked up an assist on the play after dumping the puck around the boards to Thrun.

Youngstown knotted the game at 12:31 on a shorthanded tally before taking the lead 3:04 later to enter the first intermission up 2-1.

Erik Middendorf (Scottsdale, Ariz.) tallied an unassisted shorthanded goal on a 2-on-1 rush 4:05 into the second period to knot the game at 2-2.

Team USA took the 3-2 lead at 18:02 of the second period when Matthew Boldy (Millis, Mass.) stripped the puck from a Youngstown defender in the offensive zone, turned and fired a wrist shot high far side past Prosvetov’s glove.

Neither team was able to find the net again until 13:18 of the third period when Youngstown tied the game at 3-3.

Youngstown scored the game-winner at 5:59 to take Game 1.

Neither team was able to find the net again until 13:18 of the third period when Youngstown tied the game at 3-3.

Youngstown scored the game-winner at 5:59 to take game one.

NOTES: Full recap, highlights, interviews and box score can be found here ... Team USA outshot Youngstown 40-35 … The NTDP went scoreless on four power play attempts and shut down Youngstown on its three power play attempts … Team USA won its first ever USHL playoff game in Game 1 of the Eastern Conference Semifinal on Saturday (April 21) defeating the Chicago Steel, 3-0 ... The Under-17 Team have already gone further than any other NTDP team in USHL playoffs ... Tickets for all home games are available by calling 734.453.8400, visiting the USA Hockey Arena Box Office at 14900 Beck Road, Plymouth, Michigan or by visiting USAHockeyNTDP.com/Playoffs.