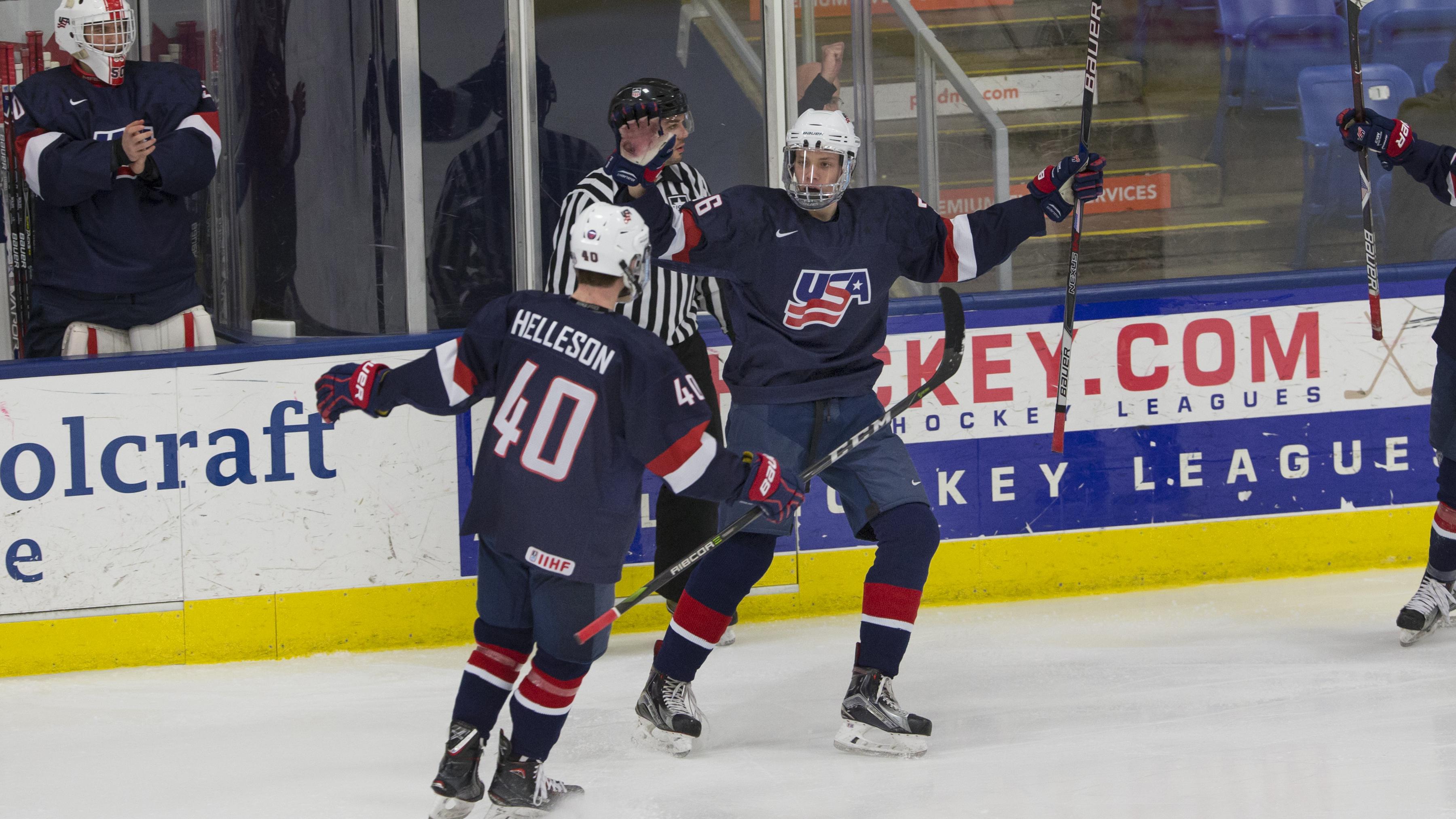 GENEVA, Ill.- The U.S. National Under-17 Team defeated the Chicago Steel, 4-3 in overtime tonight at Fox Valley Ice Arena. With the win, the Under-17 Team advances to the Eastern Conference Final against the Youngstown Phantoms.

“They’re the first team to win a playoff series in NTDP history and I couldn’t be prouder of them,” head coach John Wroblewski (Neenah, Wis.) said after the win.

Marshall Warren (Laurel Hollow, N.Y.) intercepted a pass in the offensive zone and sent it to Erik Middendorf (Scottsdale, Ariz.) who was waiting at the right side. Middendorf sent the puck in on a one-timer past the glove of Chicago’s netminder Oskar Autio at the 6:33 mark of the first period.

Seconds after a Chicago penalty expired, Drew Helleson (Farmington, Minn.) sent a wrister to the net from the right point. The puck deflected off a Chicago defender into the back of the net at the 17:01 mark of the opening frame to give Team USA a 2-0 lead.

Chicago got one back at the 3:03 mark of the second period and tied the game at two at the 5:20 mark.

Trevor Zegras (Bedford, N.Y.) skated the puck to the slot and wristed the puck through Autio’s five-hole at the 14:19 mark of the middle frame.

The Steel tied the game, 3-3 while on the power play at the 6:28 mark of the third period to eventually send the game to overtime for the second straight night.

Alex Vlasic (Wilmette, Ill.) netted the game-winner at 3:48 of overtime to give the U17s a 4-3 win. Vlasic potted the puck, unassisted, after skating it in from the neutral zone one-on-one and sending it over Autio's glove.

Cameron Rowe (Wilmette, Ill.) made 38 saves in the win while Chicago’s Autio had 32.

“I thought that Cam Rowe was just unbelievable the entire series,” Wroblewski said.  “Our guys really battled for each other.”