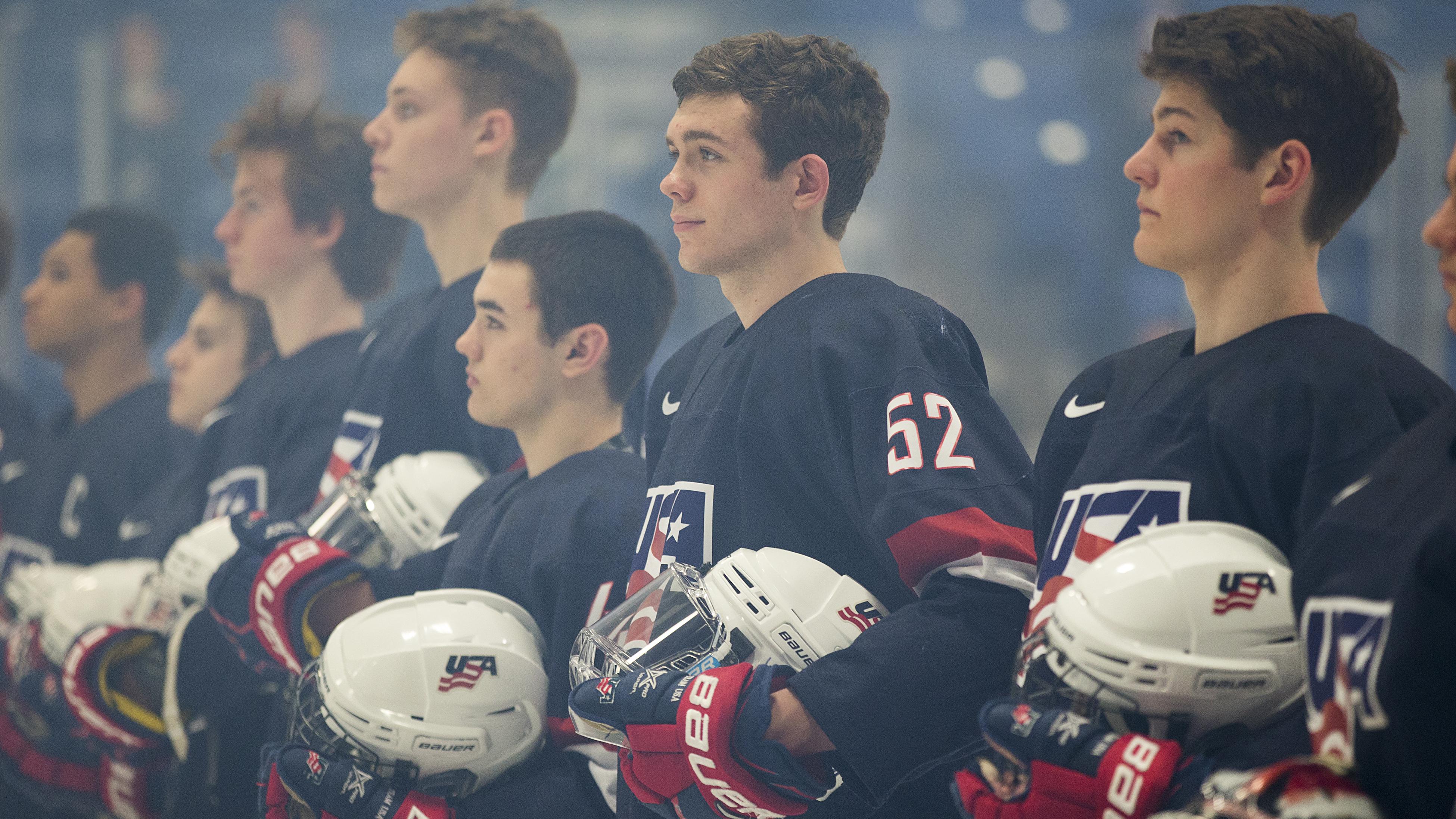 USA Hockey’s National Team Development Program has a 75-30-0-3-0 (W-L-OTL-SOL-T) record after its games this past weekend.

The U.S. National Under-17 Team won their matinee match-up, 6-2, against the Youngstown Phantoms on Thursday, April 12 in Youngstown, Ohio. The U17s hosted the Muskegon Lumberjacks in their final regular season game on Friday, April 13 at USA Hockey Arena and lost 5-4.

Members of the NTDP’s Under-18 Team are in Russia for the IIHF Under-18 World Championship. The 2018 U.S. Under-18 Men’s National Team won its exhibition game against France, 15-0. Team USA will begin the tournament with a game against Canada on Thursday, April 19th at 10:30 a.m. ET. They face Switzerland on April 20 and Sweden on April 22. They conclude round robin play with a game against Belarus on April 24. All games will be live on NHL Network.