Zegras, Boldy, Rolston and Weight all tally two in win 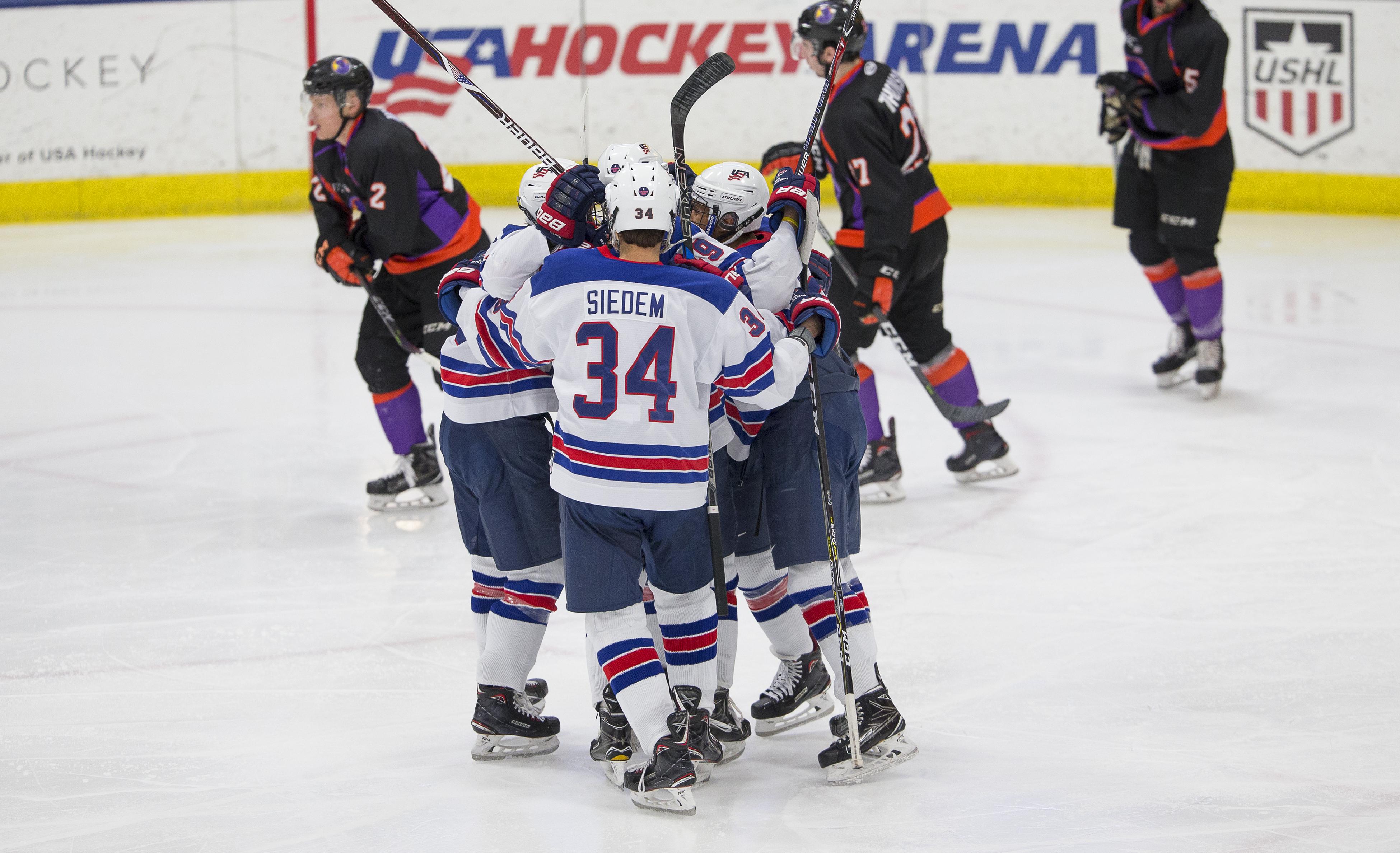 The U.S. National Under-17 Team defeated the Youngstown Phantoms this morning, 6-2 at the Covelli Centre in its last regular season road game.

After a 2-0 deficit after the first period, the U17s exploded in the second, scoring five consecutive goals. Eleven Team USA players tallied at least a point with four tallying two.

The Phantoms opened scoring at 11:16 of the first period.

Youngstown’s Eric Esposito netted his second of the game, on the power play, at 17:41 of the first period.

Ryder Rolston (Birmingham, Mich.) put Team USA on the board at 4:56 of the second period to make it 2-1. Matthew Boldy (Millis, Mass.) shot the puck, on the power play, from the left circle where John Beecher (Elmira, N.Y.) hit the initial rebound before Rolston buried the second rebound.

Trevor Zegras (Bedford, N.Y.) followed his initial shot and sent the puck top corner on his backhand at 10:34 to tie the game, 2-2.

Ryan Siedem (Madison, N.J.) sent a wrister in from the slot to give the U17s its first lead of the game. Boldy and Zegras picked the assists on the goal.

Patrick Moynihan (Millis, Mass.) gave the U17s a 4-2 lead at 11:30 of the second period with help from Henry Thrun (Southborough, Mass.) and Beecher.

At 15:56 of the middle frame Danny Weight (Lattingtown, N.Y.) sent the puck to Michael Gildon (Plano, Texas) in the slot, who put it in top-shelf.

Weight put one in from the doorstep at 15:55 of the third period for his second point of the game and a final of 6-2.

The U17s are back in action tomorrow (Friday, April 13) for its last regular season home game at USA Hockey Arena to take on the Muskegon Lumberjacks. Tickets can be purchased at USAHockeyNTDP.com/Tix.