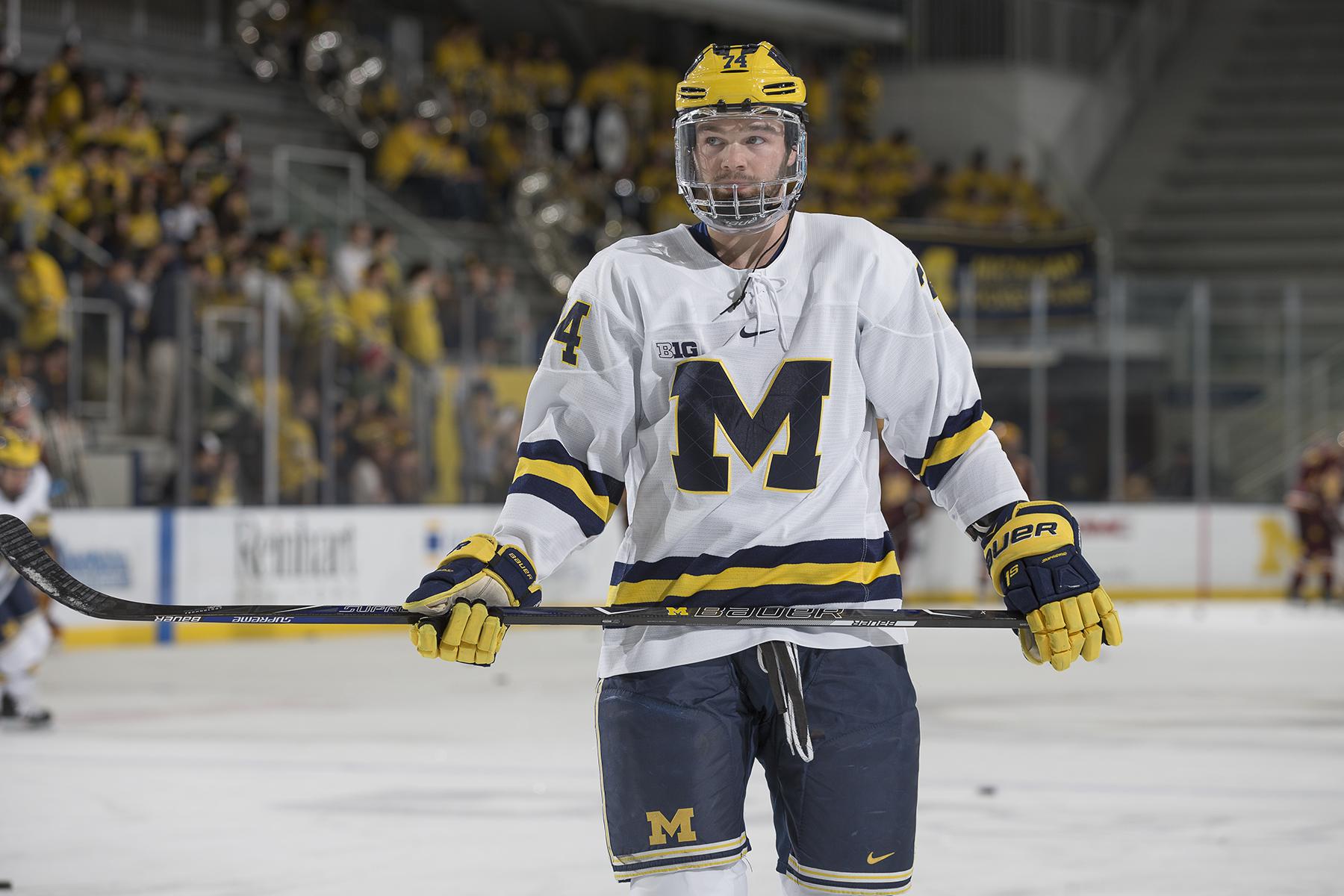 That’s how much time Nicholas Boka bought with an insurance goal for the University of Michigan’s hockey team Sunday night in the NCAA Tournament regional final. With a one-goal lead and Frozen Four berth on the line, Boka netted a goal from the slot for his first of the season.

Three minutes and forty-two seconds later, Boka and the Wolverines would begin their road to their first Frozen Four appearance since 2011 in St. Paul, Minnesota.

Boka, a junior defenseman for Michigan, has been a valuable asset on the ice all season and throughout his career. As a 109-game veteran, Boka has scored three goals — including Sunday’s — and 12 assists for 15 points while with the Wolverines. Back in 2015-16, he was a part of the Big Ten Tournament champion team that beat out defending conference champions Minnesota for the title.

“His assets as a player are he’s very competitive, he’s gonna give you everything he has every night, he’s a tremendous skater,” said Michigan coach Mel Pearson. “He’s a good skater, he can go back and break out the puck because of his skating alone, and that’s a tremendous asset to have as a defenseman. We started using him on the power play and he’s been killing penalties, so we use him in all situations. He’s one of the reasons why our team was able to make the NCAA Tournament this year.”

With roots in Plymouth, Boka has always been grounded in hockey in the state of Michigan, including the Compuware Youth Hockey Bantam teams that play out of USA Hockey Arena from 2010-12 and USA Hockey’s National Team Development Program from 2013-15.

His dad, a high school hockey player, wanted Boka to get into the sport from an early age, but it was his grandparents who really sold him on the sport.

After two seasons with Compuware, Boka joined the U17s and played in 52 games with 19 points from six goals and 13 assists. During the 2014 Under-17 World Hockey Challenge, Boka served as an assistant captain for the team and scored two goals and one assist in six games to help Team USA to a first place finish.

“It was a tough transition, it was kinda nice being close to home. I don’t know how I would have done without my family around,” Boka said. “But it was a tough jump with the expectations there. Hockey-wise, it’s a whole new level playing against guys in the USHL and guys who are much older than you. It’s a big jump, but it was smooth sailing going through it with the guys when everyone is in the same boat.”

From there, Boka moved on to captain the U18s for the 2014-15 season. He notched five goals and six assists for 11 points in 54 games with Team USA. Making an appearance in all seven games of the 2015 Under-18 World Junior Championship, Boka again assisted Team USA to another gold medal with one goal and one assist.

At the end of his U18s year, Boka was selected in the sixth round of the 2015 NHL Entry Draft by the Minnesota Wild. From there, Boka moved down the road to Ann Arbor, Michigan and made his childhood experience of playing hockey at Michigan a reality. 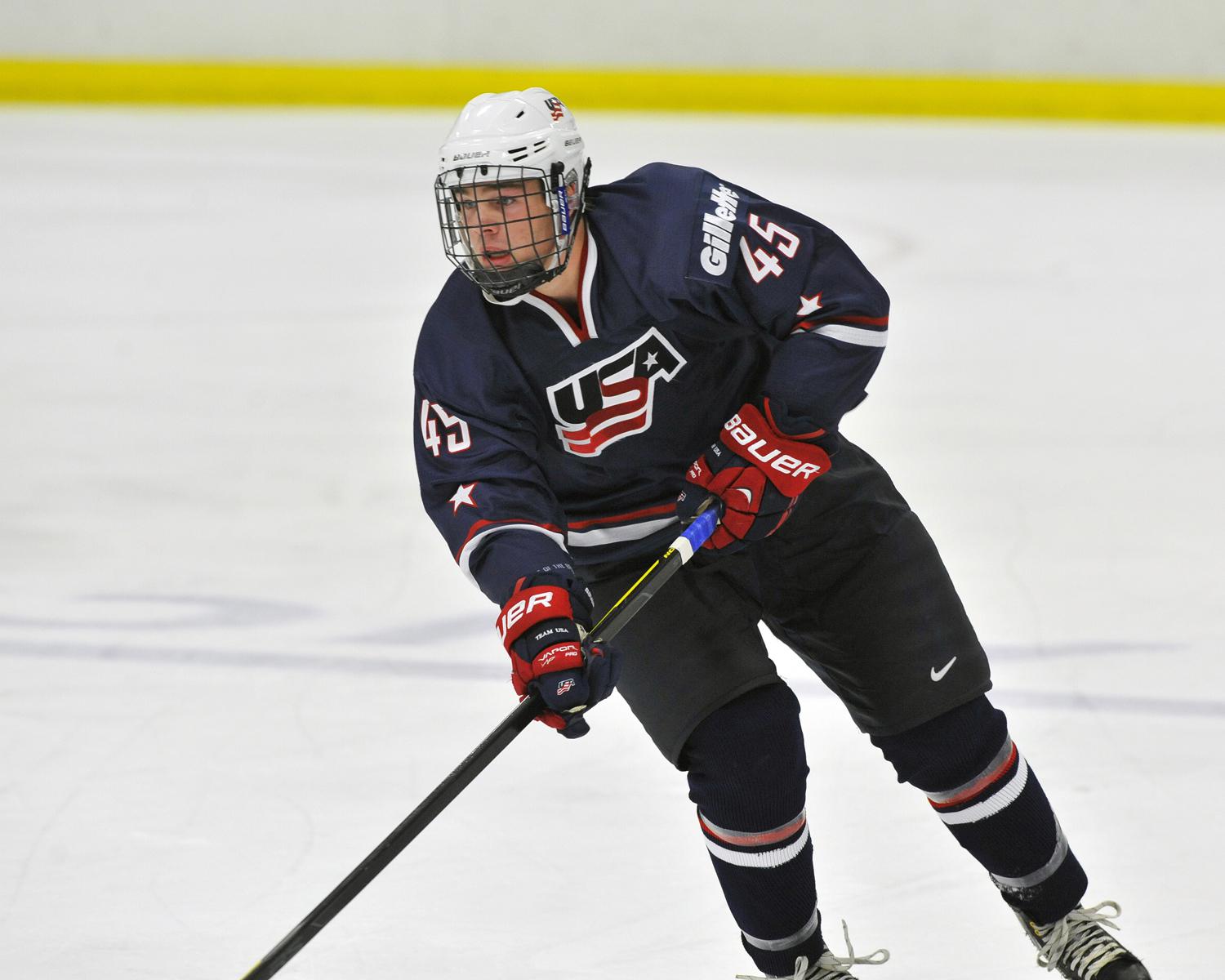 It’s been great, it’s been pretty special to live out my dream and play at Michigan. ... All the guys here have just been so great over the past three years.

“It’s been great, it’s been pretty special to live out my dream and play at Michigan,” Boka said. “It’s special for my family, being so close and they get to spend it with me. All the guys here have just been so great over the past three years. It’s why, when you get closer to the end like this year, it’s tough knowing some guys will be gone, but it’s been special.”

As a three-year returner, Boka has been an invaluable team member both on and off the ice for Michigan. And as the Wolverines head to St. Paul for the first time in seven years, those assets will be important for a team looking to bring home a national title.