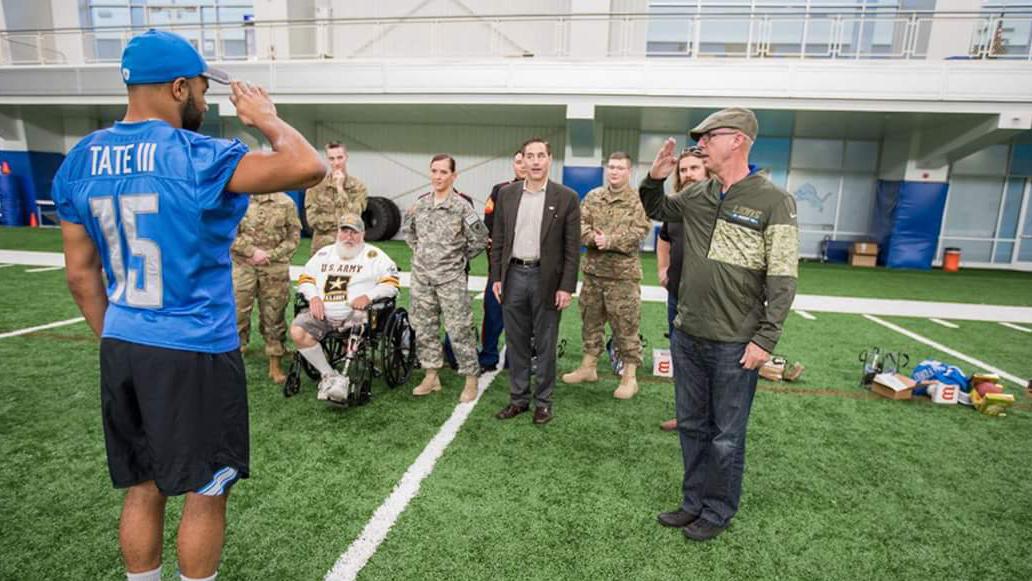 Cyrus works with the Detroit Lions to select the "Hometown Hero" of the game.

The annual event promotes VA services and community resources available to veterans and their families.

On Friday night, Ronnie Cyrus — a retired AGR soldier as of 2017 and current Military Transition Assistance Advisor for the State of Michigan — will drop the ceremonial puck at USA Hockey Arena for the U.S. National Under-18 Team’s game against the Chicago Steel.

Cyrus’ 22-year career with the military officially began the day after his 17th birthday when he enlisted with the U.S. Army as a junior at Fraser High School near Detroit, though he considered it to be more of a family tradition at the time. Military service in his family dates all the way back to 1775, and both his father and grandfather are veterans. 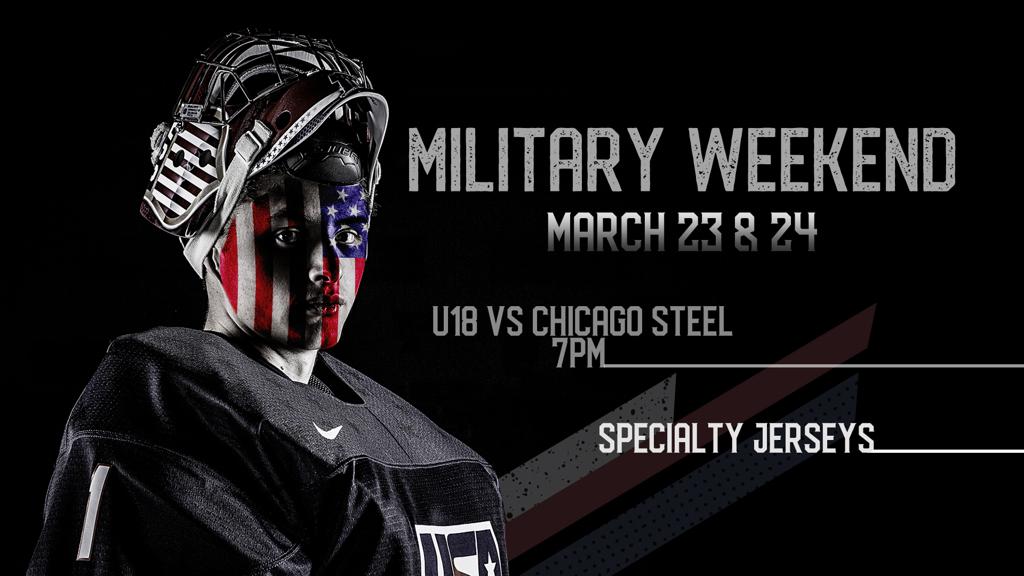 Cyrus began training the summer before his senior year of high school, and began working with the military immediately after graduation.

Cyrus took a break in service during the 90’s, but felt spurred to come back after the 9/11 terrorist attacks. He resumed working with the Michigan National Guard and in 2014, at the height of the Ebola crisis, Cyrus and a unit of 13 soldiers from the state of Michigan ventured to Liberia as mentors in the legal section. 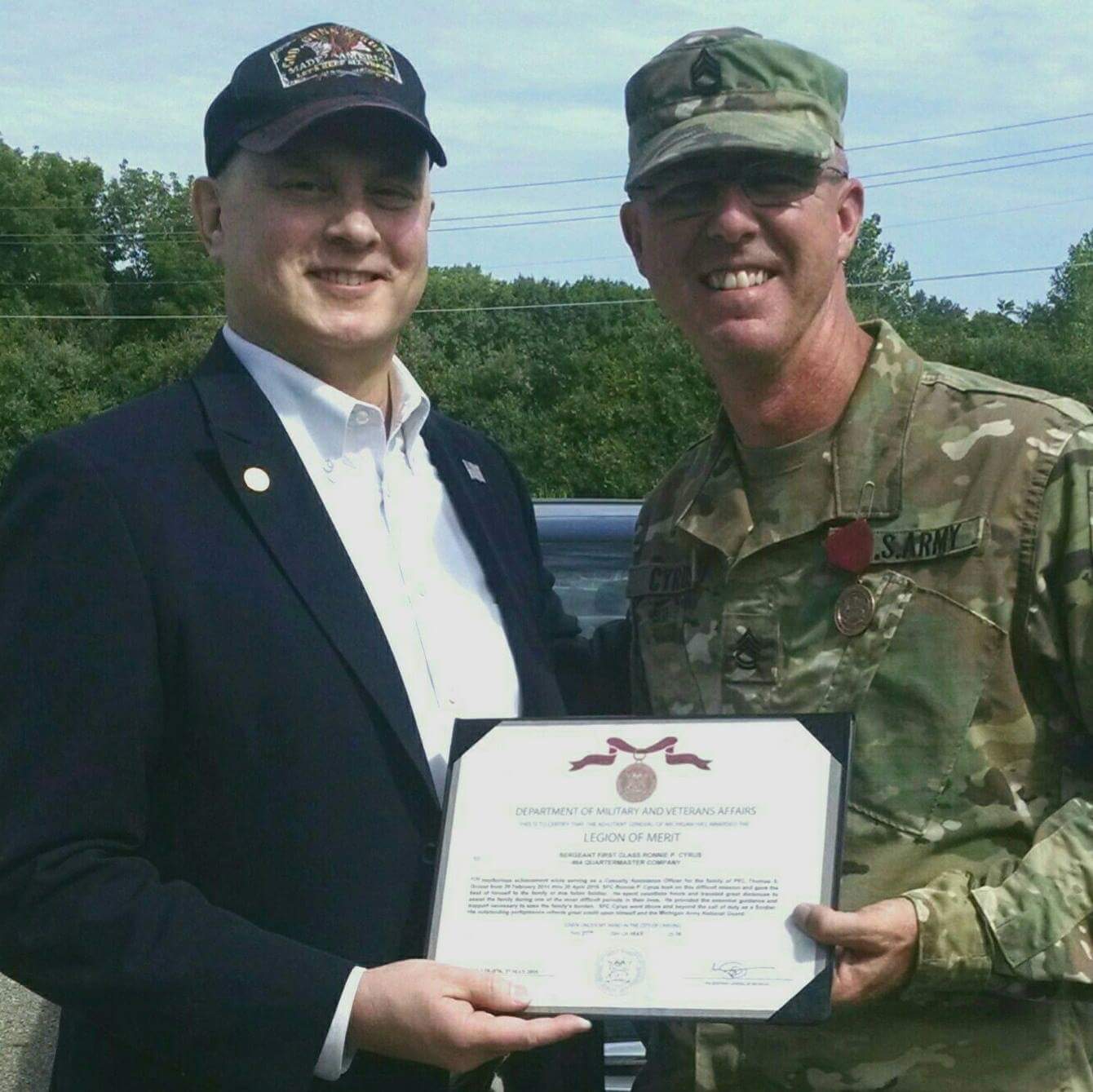 At the time, an S-1 officer was attempting to help build a school in Liberia for children. Cyrus had contacts back in Michigan that worked with the Detroit Lions, and was able to organize donations to help build Bereean Christian Academy for kids. In honor of his efforts, a library was named after him — the Cyrus Library for Kids.

While back home, Cyrus began doing color guard for the Detroit Lions in 2007, where he led a group of soldiers onto the field to present arms during the national anthem. For Cyrus, this opportunity meant making connections with anyone and everyone he could — even the usher by the gate, who he knows prefers hot tea over coffee.

When the time came for someone to replace who chooses the Detroit Lions’ ‘Hometown Hero’ for each game, Cyrus volunteered to help pick military members who are nominated by family and friends to be recognized at games.

“I don’t want to take away from anybody’s service, I never ever want to do that,” Cyrus said. “But to see those who have really gone above and beyond, that are so humble, so deserving, and to be able to give them that little extra show of respect and see the players stop on the field in the middle of a game and turn around and cheer for one guy, standing alone in the end zone, and you see 60,000 people on their feet, they’re just standing and cheering this guy and I tell you, I get really really emotional when that happens knowing I’m a part of that.”

The people that you served are willing to serve you, you just have to let them. There is so much help available... I just know that life isn’t always beautiful, but it’s such a beautiful life and we have so much life left to live after the military.

Cyrus even managed to get his high school choir teacher’s father, Frank Pascoretti — a World War II veteran — recognized at an event with his son, grandson and great-grandson. Though his choir teacher had impacted his life profoundly while in high school, Cyrus managed to repay the favor by allowing all four generations the opportunity to watch as Pascoretti was honored.

In addition to assisting the Lions with the ‘Hometown Heroes’ series, Cyrus currently serves as a Transition Assistance Advisor for the state of Michigan, where he helps retired military members adjust to civilian life.

This job can range from helping veterans claim disability to organizing their education benefits. 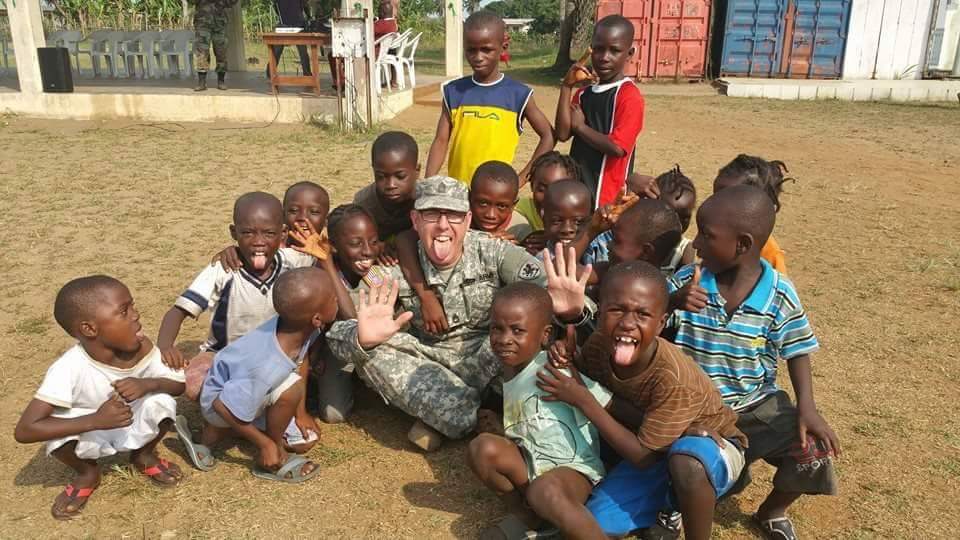 For Cyrus, the job also holds much more significance than filing paperwork and describing opportunities. The adjustment from military life to civilian life can be undeniably difficult, and he hopes that through his position, he can help recently-retired military members make that transition better in any way he can.

“The people that you served are willing to serve you, you just have to let them. There is so much help available... I just know that life isn’t always beautiful, but it’s such a beautiful life and we have so much life left to live after the military.”