Owen Lindmark has a three-point night in loss 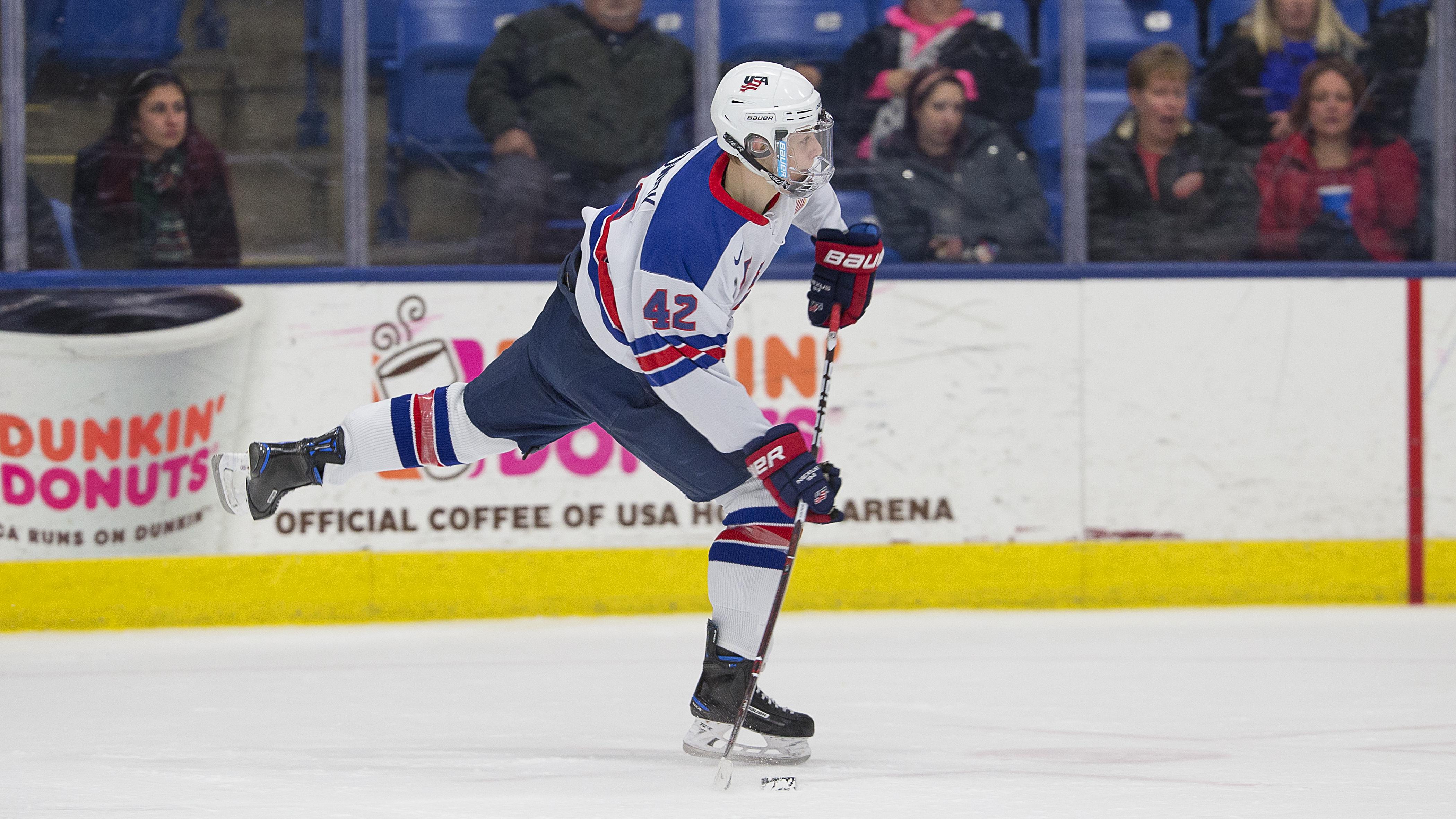 WATERLOO, Iowa - The U.S. National Under-17 Team were defeated, 6-4, by the Waterloo Black Hawks.

Waterloo struck first with a quick goal 46 seconds into the first.

The U17s rebounded quickly with a goal less than two minutes later from John Farinacci (Chatham, N.J.) with his first goal as a member of the NTDP. Farinacci corralled a rebound off a point shot from DJ King (Northport, N.Y.) and put it past the goaltender. Owen Lindmark (Naperville, Ill.) also assisted on the goal at 2:18 in the first to make it 1-1.

The Black Hawks scored their second of the period at 12:36 in the first.

Drew Helleson (Farmington, Minn.) settled a pass and rifled it to the back of the net through traffic. Lindmark and Erik Middendorf (Scottsdale, Ariz.) tallied assists on the goal at 19:46 in the first to tie the game, 2-2.

Waterloo scored twice in the second to take a 4-2 lead.

At 9:49 of the second, Lindmark passed to Middendorf on a two-on-one breakaway who shot the puck past the goaltender’s glove to make it 4-3. Farinacci also assisted on the goal.

Domenick Fensore (Thornwood, N.Y.) made a stretch pass through the middle of the ice to Trevor Zegras (Bedford, N.Y.) who scored at 10:39 of the second, tying the game, 4-4. Ryan Siedem (Madison, N.J.) tallied an assist on the goal.

The Black Hawks tallied two more goals in the second to win, 6-4.

The U.S. National Under-17 Team will be back in action next Friday (March 23) in Bloomington, Ill. as they take on the Central Illinois Flying Aces at 7:00 p.m. CT. This will be the final series between the two teams this season.