U18s Come From Behind to Defeat the Capitols 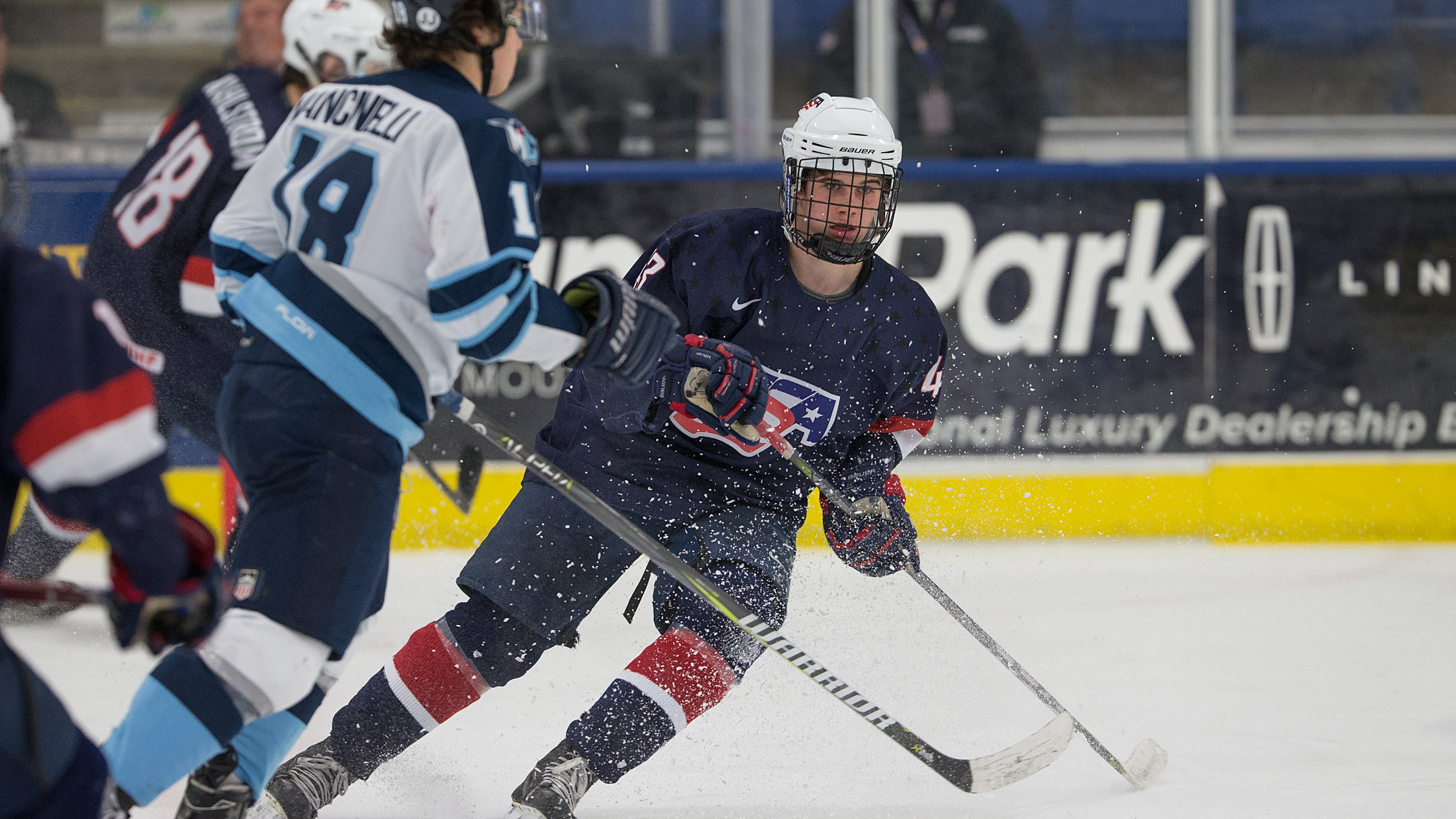 PLYMOUTH, Mich. – Team USA came from behind to defeat the Madison Capitols, 6-4, and sweep the series Friday Night at the USA Hockey Arena.

With the victory team USA improves to 34-12-0-1 in USHL action, and sits in first place in the Eastern Conference.

The Madison Capitols struck first, scoring a short-handed goal 7:46 into the first. Jack Hughes (Orlando, Fla.) answered with his own short-handed goal, 15:12 into the period. Oliver Wahlstrom (Quincy, Mass.) added an assist on the goal.

The Capitols netted two goals in the second period, including one on the power play, giving them the 3-1 advantage heading into the final period of play.

Jake Wise (Reading, Mass.) managed to net a goal for the U18s, 5:42 into the third period, brining the deficit to one goal. Wahlstrom added an assist on the play.

Wise struck again with 5:51 left in the period with assist from Spencer Stastney (Mequon, Wis.) and Joel Farabee (Cicero, N.Y.).

Wise competed the natural hat trick a little over two minutes later at 16:25,  to give the U18s its first lead of the night, 4-3. Farabee added an assist on the goal.

The Capitols answered with a goal of their own to tie the game again, at four apiece with just over three minutes to play.

Hughes netted his second of the night 17:54 into the third, giving the U18s the lead once again, at 5-4. Walstrom added an assist, his third of the night.

Farabee tallied an empty netter from Wise with 47 seconds left to seal the victory for the U18s.

Drew DeRidder (Fenton, Mich.) made 23 saves on the night and remains perfect in USHL play at 13-0-0-0. Madison Capitols’ Joey Lamoreaux made 35 saves.

The U18s will be back in action Friday, March 23 to face off against the Chicago Steel at the USA Hockey Arena at 7:05pm. This will be the final series between the two teams. The U18’s defeated the Steel, 4-3 earlier this season. Tickets are available at USAHockeyNTDP.com/Tix.