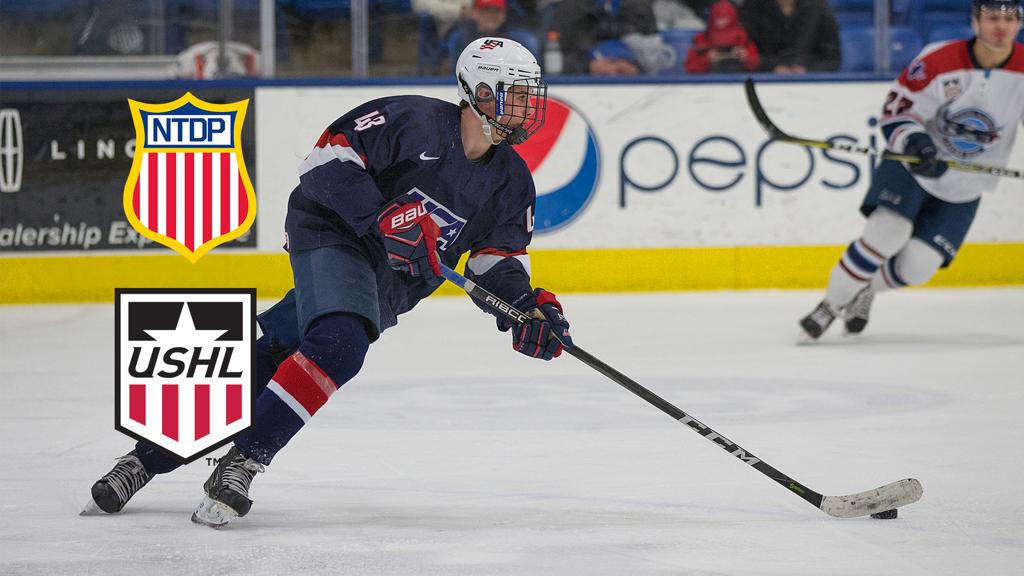 Jack Hughes (Orlando, Fla.) was named the USHL Forward of the Week for this week the league announced today.

Hughes collects the honor after putting up seven points in two games this past weekend.

Saturday night against the Tri-City Storm, Hughes netted four goals and added two assists in the U18s 8-2 win. He added another goal on Sunday in the U18s 9-5 win.

His two points per game is the highest in the USHL and he is tied for the league lead in rookie scoring with Muskegon's Matej Pekar despite having played in 26 fewer games.

On Saturday with his five points, Hughes eclipsed the under-17 year points total previously set at 82 by Clayton Keller (2014-16/ Arizona Coyotes) and Phil Kessel (2003-05/Pittsburgh Penguins). Hughes now has 89 points in 47 games played including 44 points in 22 USHL games.

USHL Cancels Season Due to COVID-19