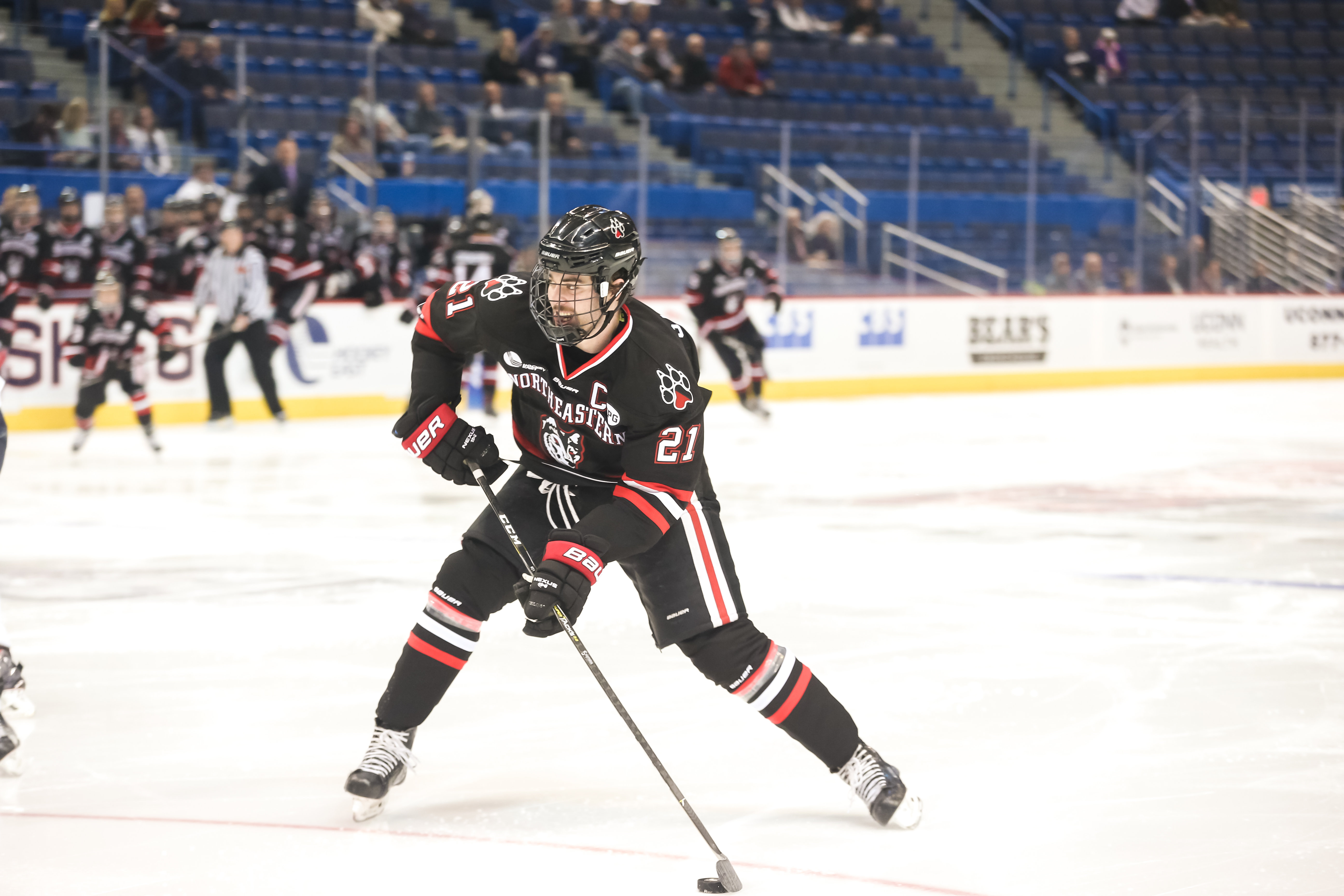 It’s been a pretty historic year for the Northeastern men’s hockey team.

For the first time in 30 years, the team has been named champions of the Beanpot tournament after a 5-2 win over Boston University back in February. The Huskies are currently sitting on a 21-8-5 overall record this season, with 15 wins during conference play for a second-place finish in the Hockey East — their best since the 2008-09 season.

And in the next few weeks, eyes are on No. 7 Northeastern, which has potential to win a second Hockey East championship in three seasons as it advances to conference semifinals this weekend.

Paving the way for that run is senior captain Nolan Stevens, a New Jersey native and forward for the Huskies. He grew up in a hockey family — his dad was still a player when Stevens was younger and has since been named head coach of the LA Kings, while his older brother John now plays with the Bridgeport Sound Tigers in the AHL.

After 15 years of living in New Jersey, Stevens and his family made the move to Los Angeles after his father was hired to the LA Kings coaching staff as an assistant. There, he played on the Los Angeles Junior Kings 16U team for a single season from 2011-12, earning 17 goals and 15 assists for 32 points in 24 games.

As it turns out, though, Stevens would only serve one year in California before making the move back east toward Ann Arbor, Michigan, in order to play for USA Hockey’s National Team Development Program.

During his first year with the NTDP, Stevens suffered an off-ice injury before his season with the U17s during 2012-13. After one surgery and four months of rehabilitation, Stevens finally made his debut for the team and appeared in 25 games with three goals and five assists.

During the 2013-14 season with the U18s, Stevens played in 60 games with four goals and nine assists for 13 points for his final season with the NTDP. The same year, he played in all seven games of the IIHF Men’s Under-18 World Championship, where Stevens scored a single goal and eventually won gold with his team. The same year he committed to Northeastern, following in his older brother’s footsteps who was already a freshman at the university.

Though his senior year has been pretty memorable, Stevens has seen no shortage of accomplishments during his time at Northeastern. His sophomore year — which featured a 41-game campaign with 20 goals and 22 assists for 42 points — was headlined by a Hockey East championship title.

“Any time you win, it bonds you with that group of guys,” Stevens said. “My sophomore year was really unique — we started 1-11, and then we went unbeaten out of 21 of the last 23 games. It was kind of cool to see how things changed from the start to the end of the year, guys coming together and buying in and coming closer as a team.”

In his career at Northeastern, Stevens has racked up 33 goals and 43 assists for 77 points in 94 games. A fifth-round draft pick by the St. Louis Blues in the 2016 NHL Entry Draft, Stevens was selected to captain his team last year for the 2017-18 season, following in the footsteps of his older brother. 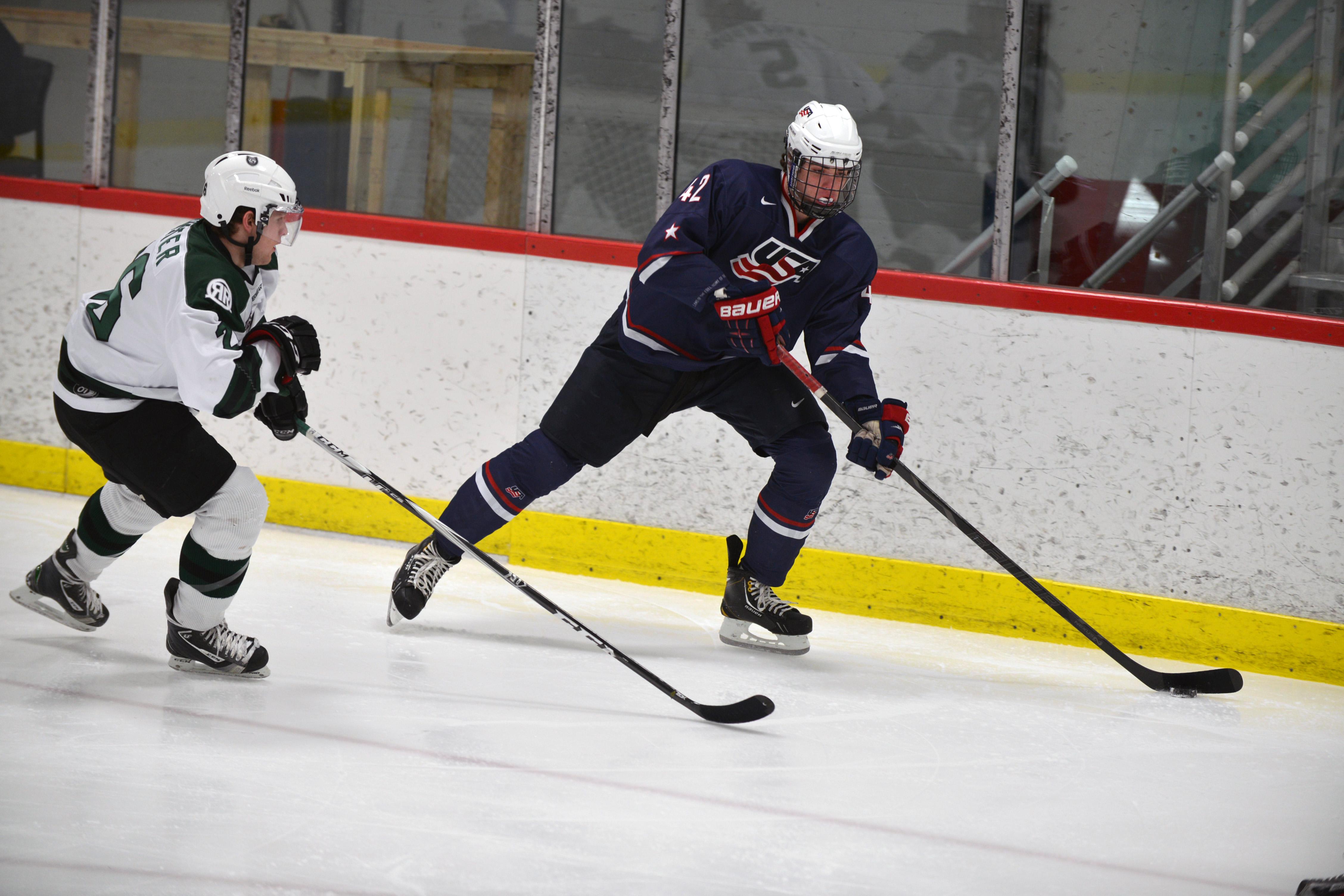 It’s been a blast, it’s gone by a little too fast, but hopefully we can make a long run here.”

This year, with a Beanpot trophy in tow and the Hockey East tournament looming ahead, Stevens is captaining a historic run for the Huskies. And with 34 points this season alone — enough for third on the team with 20 goals and 14 assists — Stevens and the rest of the Huskies are looking to make the most of the opportunities they have left.

“The past few years I’ve been here, we’ve kind of gotten off to a slow start,” Stevens said. “We went on really good runs at the end of the season to make up for it, but this year we hit the ground running. I found really good chemistry in my two linemates, Dylan Sikura and Adam Gaudette, and we’ve been having fun honestly. It’s been a blast, it’s gone by a little too fast, but hopefully we can make a long run here.”

After knocking out a 7-2 win over Massachusetts last weekend, in which Stevens contributed two goals for the win, Northeastern will face Providence this weekend at the Hockey East semifinals.