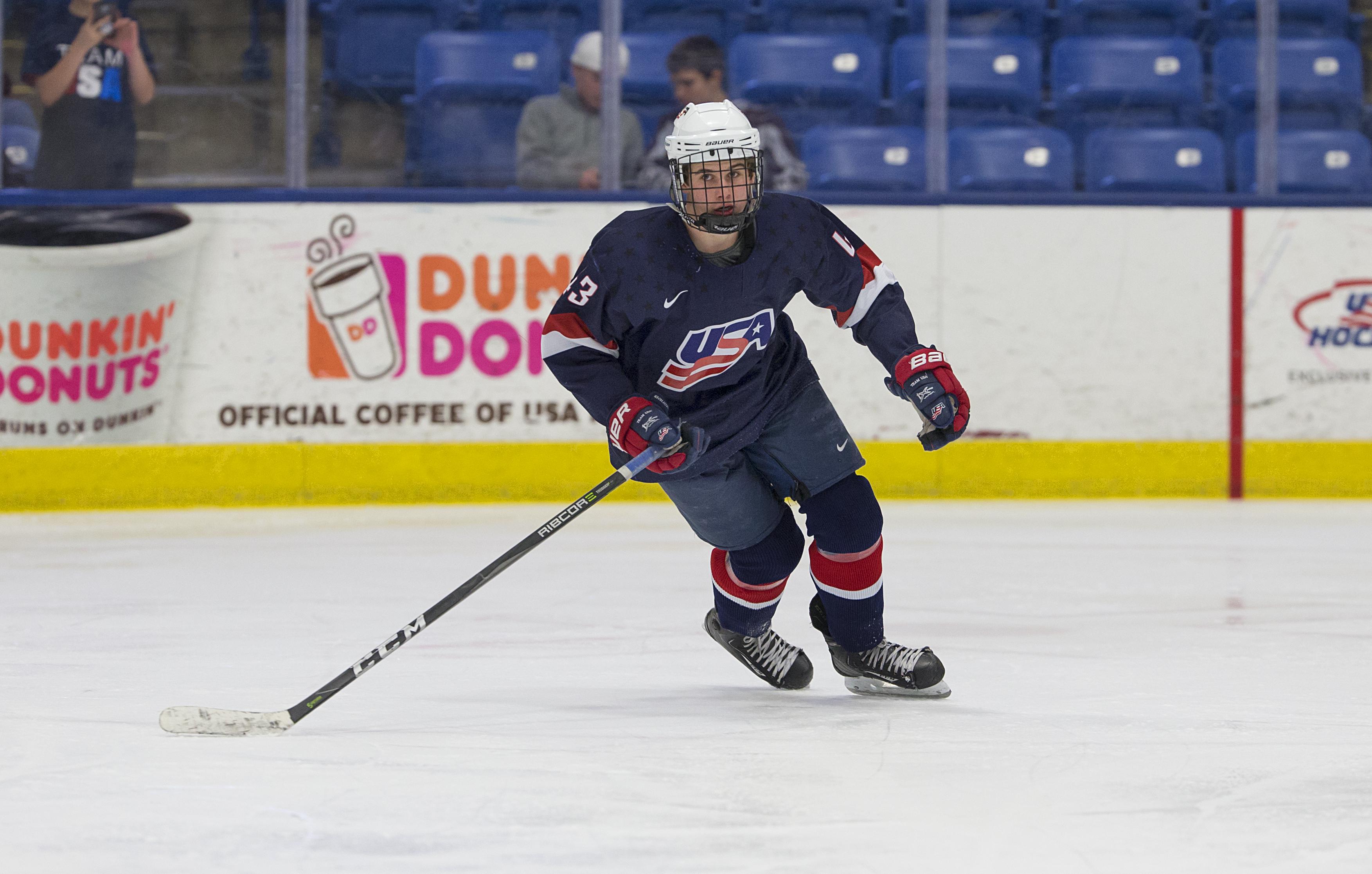 KEARNEY, Neb. - U.S. National Under-18 Team forward Jack Hughes (Orlando, Fla.) scored his 24th goal and 83rd point of the season, setting the Under-17 season points record in Team USA’s 8-2 victory against the Tri-City Storm on Saturday evening at the Viaero Center.

Hughes finished the game with four goals and one assist, bringing his season total to 87 points.

Team USA sits alone atop the Eastern Conference with 61 points.

Hughes opened the scoring the first with just over five minutes left in the first period. The goal was Hughes 83 point of the season, breaking the U17 season record. Oliver Wahlstrom (Quincy, Mass.) added an assist on the play. Jake Wise (Reading, Mass.) added a late goal in the first to give the U18s a 2-0 lead heading into the first intermission.

The U18s added six goals in the second period. Hughes started the offensive attack by scoring his second goal of the night 50 seconds into the second period. Bode Wilde (Birmingham, Mich.) and Jonathan Gruden (Rochester, Mich.) added assists. Gruden extended the U18s lead to 4-0 off a tipped shot from Matias Samuelsson (Voorhees, N.J.) at the 4:28 mark. Hughes also picked up an assist on the goal. Trevor Janicke (Maple Grove, Minn.) scored a short-handed goal with an assist from Jake Pivonka (Naperville, Ill.) Hughes completed the hat-trick, 12:51 into the second, and added his fourth goal of the night just over four minutes later. Wise added an assist on hughes third goal of the game. Joel Farabee (Cicero, N.Y.) scored with 1:01 left in the second, giving the U18s an 8-1 lead at the end of the second period.

The Tri-City Storm scored the lone goal of the third, two minutes into the period, brining the final score of the game 8-2.

The U18s are back in action tomorrow, Sunday, March 11 at 3:35 CT as they close out their series with Tri-City at the Viaero Center.