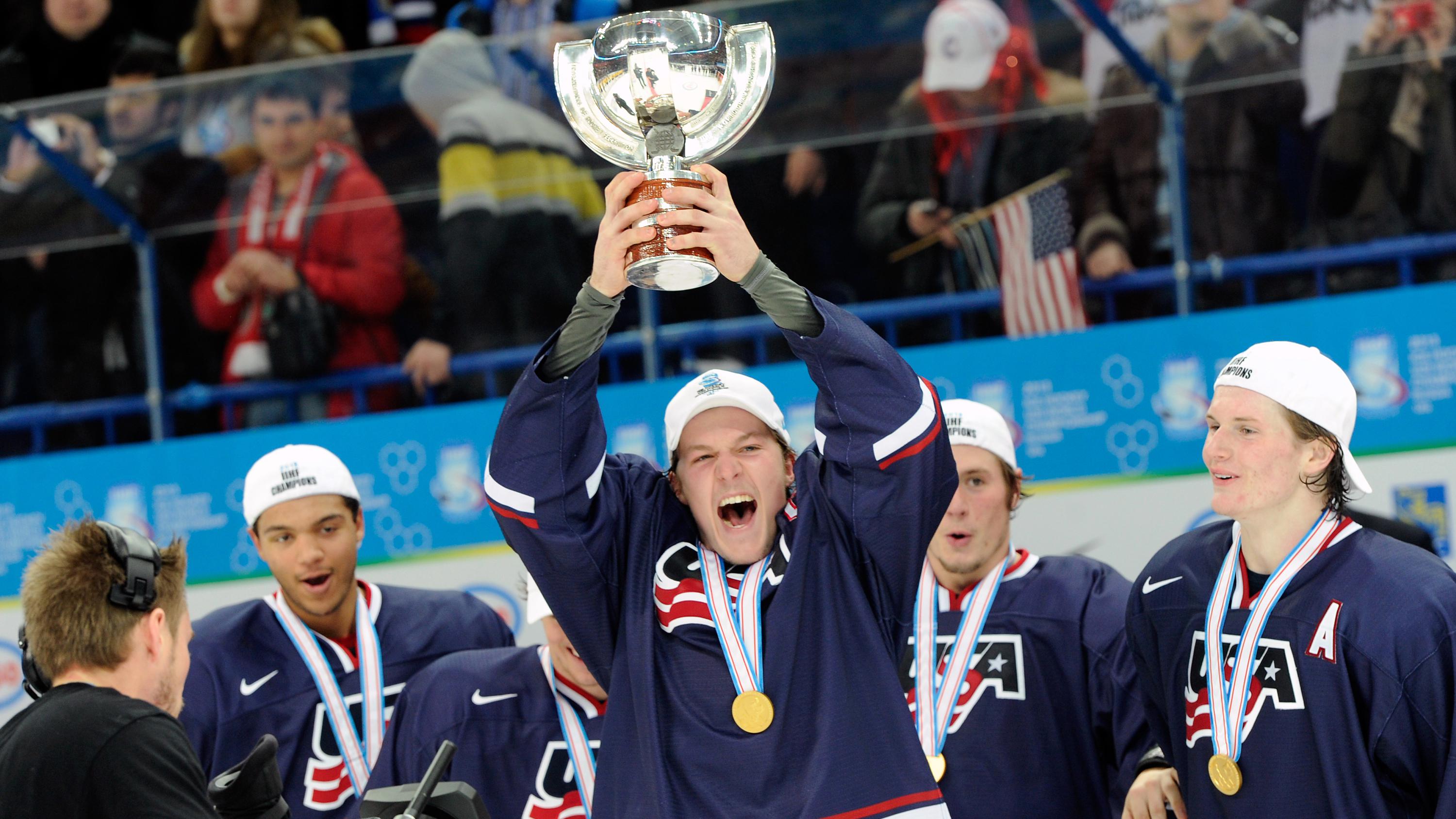 McCabe with the World Junior trophy in 2013

Buffalo Sabres defenseman Jake McCabe (2009-11) said he didn’t know if he would be in the National Hockey League without USA Hockey’s National Team Development Program (NTDP).

A humble beginning brought the Eau Claire, Wisconsin native to the NTDP, sent him on a wild ride through international play, the United States Hockey League (USHL) and the collegiate ranks, eventually landing McCabe in the NHL.

“They really teach you how to be a pro,” McCabe said of the NTDP. “They take care of you there. You’re playing against the best-of-the-best in your age group, and it just kind of sets the marker high of where you need to be and where you need to get to. It was a really good thing for me.”

McCabe, a standout at the University of Wisconsin from 2011-2014, was selected in the second round of the 2012 NHL Entry Draft. He didn’t even think he was on the NTDP radar when he attended a USA Hockey Select Festival in Rochester, New York. But McCabe ended up landing one of the final two roster spots on the team.

“I was going to camp trying to make the Select Team that goes overseas to play in the tournament,” McCabe said. “Then I came out of it making the NTDP. It was really exciting for me. My mom, on the other hand, was in tears for probably about a week, but it all worked out and it was a lot of fun.”

McCabe enjoyed an ultra-successful international run representing the United States. His team captured the gold medal during not just the World Under-17 Hockey Challenge, but also the International Ice Hockey Federation (IIHF) Men’s Under-18 World Championship, and the big one, the World Junior Championship in 2013.

“I don’t think we lost a single game against our age group my whole time there,” McCabe said. “That was pretty cool to see. We won the Under-17 challenge, the Under-18 worlds and the U20 worlds, so looking back it brings smiles and joy.”

McCabe contributed an assist during both the Under-17 Hockey Challenge and the World Under-18 Championships, but he enjoyed a breakout performance on the biggest stage.

McCabe was named to the tournament All-Star Team with three goals and six points in seven games during the gold medal-winning performance. He was also named captain of the team, which earned its third medal in four years at the time.

“It was an honor,” McCabe said of captaining a gold medal-winning World Junior Championship team. “We had a lot of good leaders on that team, so to be named captain and hoist that trophy is one of the best memories of my playing career thus far.”

That U.S. team was certainly loaded with current NHL regulars, such as fellow NTDPers Jacob Trouba (2010-12/Winnipeg Jets) and J.T. Miller (2009-11/Tampa Bay Lightning). McCabe said it has always been a highlight for him to represent his country. He also wore the Team USA jersey during the 2014 and 2016 IIHF World Championship events.

“Anytime you get to represent your country in any tournament, it’s a true honor,” McCabe said. “USA Hockey has done a lot for my career. It’s something nobody can take away from you, so I always have fond memories thinking about that.” 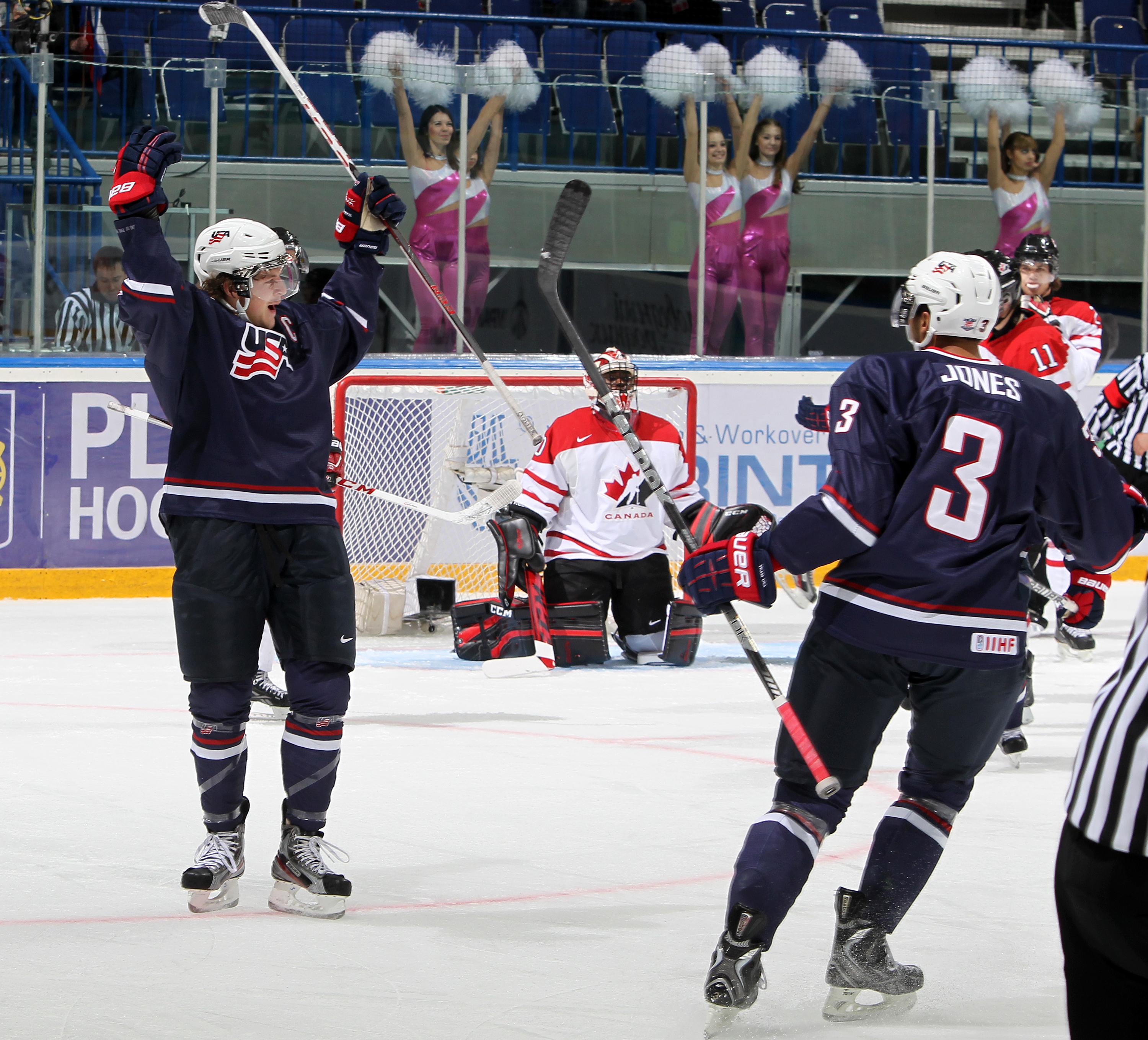 McCabe at the 2013 World Juniors Championship where the U.S. won gold.

...to be named captain and hoist that trophy is one of the best memories of my playing career thus far.”

McCabe’s third full season with the Sabres ended prematurely as he underwent surgery to repair a nagging shoulder injury. Through 53 games, he had recorded three goals and nine assists while averaging close to a career high in ice time.

McCabe has fond memories of high-intensity NTDP training and capturing international championships that set him up for his NHL career.

“You see a lot of guys in the NHL who have gone through the program and that alone speaks to how successful they are and what they want to accomplish with their players,” McCabe said. “It was a lot of fun to win. Learning how to win and embracing that winning culture was fun.”