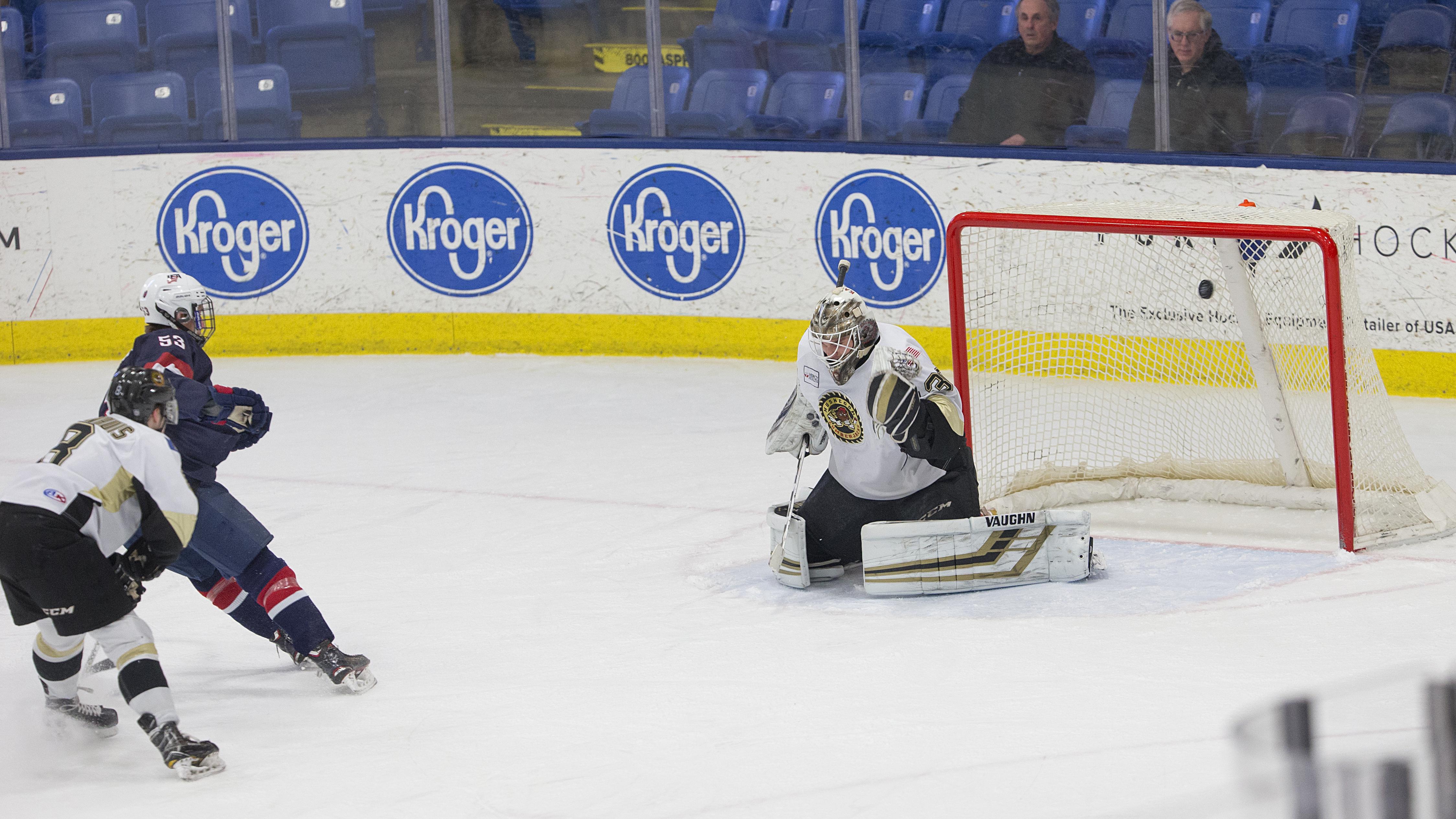 Matthew Boldy (Millis, Mass.) picked up his third goal of the weekend at 7:20 of the first, sending the puck in around Muskegon’s Keegan Karki. Owen Lindmark (Naperville, Ill.) and Henry Thrun (Southborough, Mass.) picked the assists.

Boldy sent the puck to Trevor Zegras (Bedford, N.Y.) at the Muskegon blue line. Zegras shot the puck over the glove of Karki at 13:18 to tie the game, 2-2.

Patrick Moynihan (Millis, Mass.) gave the U17s its only lead of the game with a shorthanded tally at 1:09 of the second period. Erik Middendorf (Scottsdale, Ariz.) and Marshall Warren (Laurel Hollow, N.Y.) picked up assists on the goal.

The Lumberjacks netted three, including a penalty shot, at the end of the second period to lead, 5-3 after 40 minutes.

Michael Gildon (Plano, Texas) put Team USA within one at 8:29 of the third period. Alex Vlasic (Wilmette, Ill.) and Danny Weight (Lattingtown, N.Y.) picked up assists on the power-play goal.

The U17s had chances late in the third, including on the power-play but were unable to capitalize.

With next weekend off, the U17s are back in action when they travel to Waterloo to take on the Black Hawks on March 16 at 8 p.m. ET.