The U17s defeated the USHL-leading Lancers at USA Hockey Arena 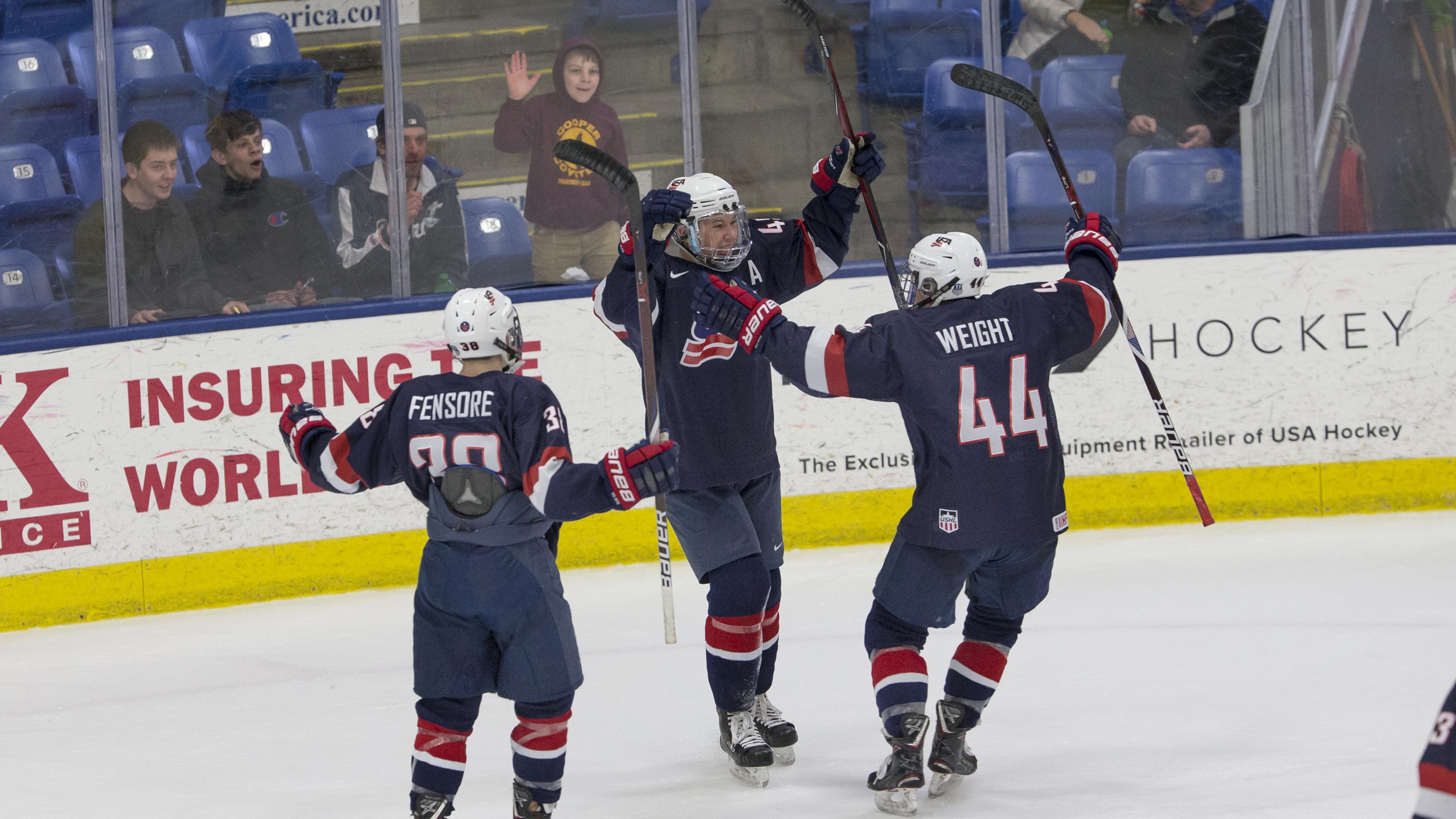 Judd Caulfield (Grand Forks, N.D) opened scoring at 8:20 of the first period. Caulfield knocked the puck in with traffic in front of the net. Henry Thrun (Southborough, Mass.) and John Beecher (Elmira, N.Y.) picked up the assists.

Michael Gildon (Plano, Texas) sent the puck to Alex Vlasic (Wilmette, Ill.) for a short-handed tally at 4:28 of the second period to give the U17s a 2-0 lead.

Boldy broke the tie at 17:40 of the second sending the puck over the glove of Omaha’s Zachary Driscoll. Sean Farrell (Hopkinton, Mass.) picked up the assist on the goal.

Patrick Moynihan (Millis, Mass.) sent the puck between his legs to Farrell who sent a centering pass to Weight. Weight finished the one-timer to give the U17s a 4-2 lead at 4:38 of the third period.

Boldy netted his second goal of the game at 10:51, sending the puck into the top right corner of the net from the left circle.

Beecher netted Team USA’s sixth goal of the game at 13:05 of the third period sending the puck in glove side.

Weight deflected Vlasic’s shot from the point into the net at 18:29 of the third to finalize the win, 7-2.

The U17s are back in action tomorrow (March 4) as they host the Muskegon Lumberjacks for a matinee match-up at 2p.m. ET.