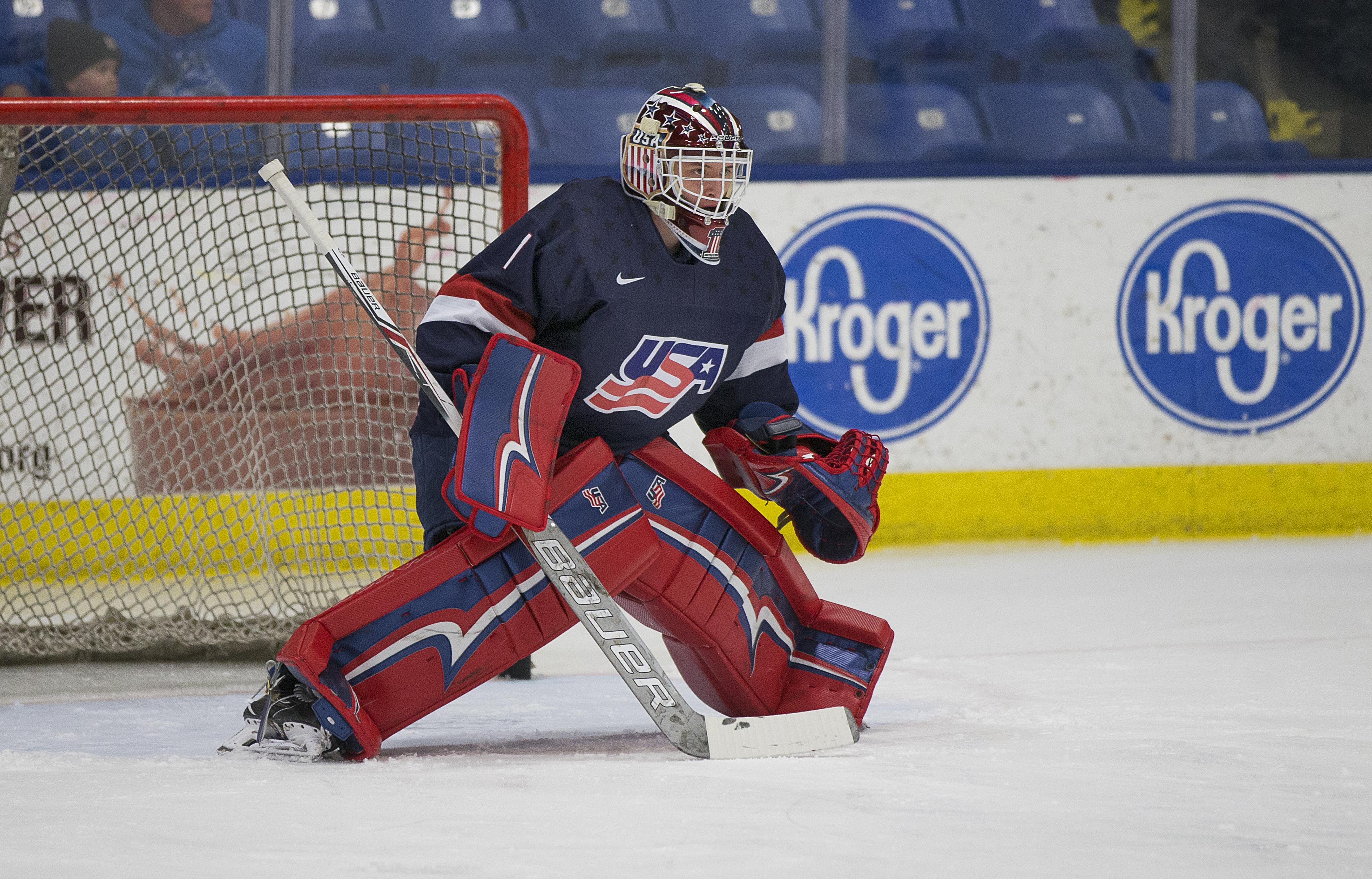 The U.S. National Under-18 Team held on to an early first-period lead Friday night at Resch Arena to defeat the Green Bay Gamblers, 5-2. Five different players for Team USA recorded two points each for the win.

With 3:03 remaining in the frame, the U18s tacked on another goal courtesy of Jonathan Gruden (Rochester, Mich.). After a pass from Caufield, Bode Wilde (Birmingham, Mich.), sent the puck to Gruden to make it 2-0.

Halfway into the second period, Jack Hughes (Orlando, Fla.) cleaned up a shot from Farabee on the power play and stuffed it past Begley for the U18s’ third goal of the game. A secondary assist was credited to Cam York (Anaheim Hills, Calif.).

With just 30 seconds remaining in the second period, Gruden scored his second goal of the game on a one-timer to give the U18s a 4-1 lead. Hughes and Oliver Wahlstrom (Quincy, Mass.) picked up assists on the goal.

Wahlstrom scored a goal of his own at at 10:33 in the final frame to make it 5-1. Wisconsin native Ty Emberson (Eau Claire, Wis.) picked up an assist on the goal.

Caufield scored the Gamblers’ second goal with 1:37 left in the third for the final score of 5-2.

Begley finished the game with 18 saves for the Gamblers.

The U18s will finish the road series with Green Bay Saturday, March 3 at 8:05 ET at Resch Arena.