Joe Wegwerth and the rest of the Fighting Irish look to make second Frozen Four appearance. 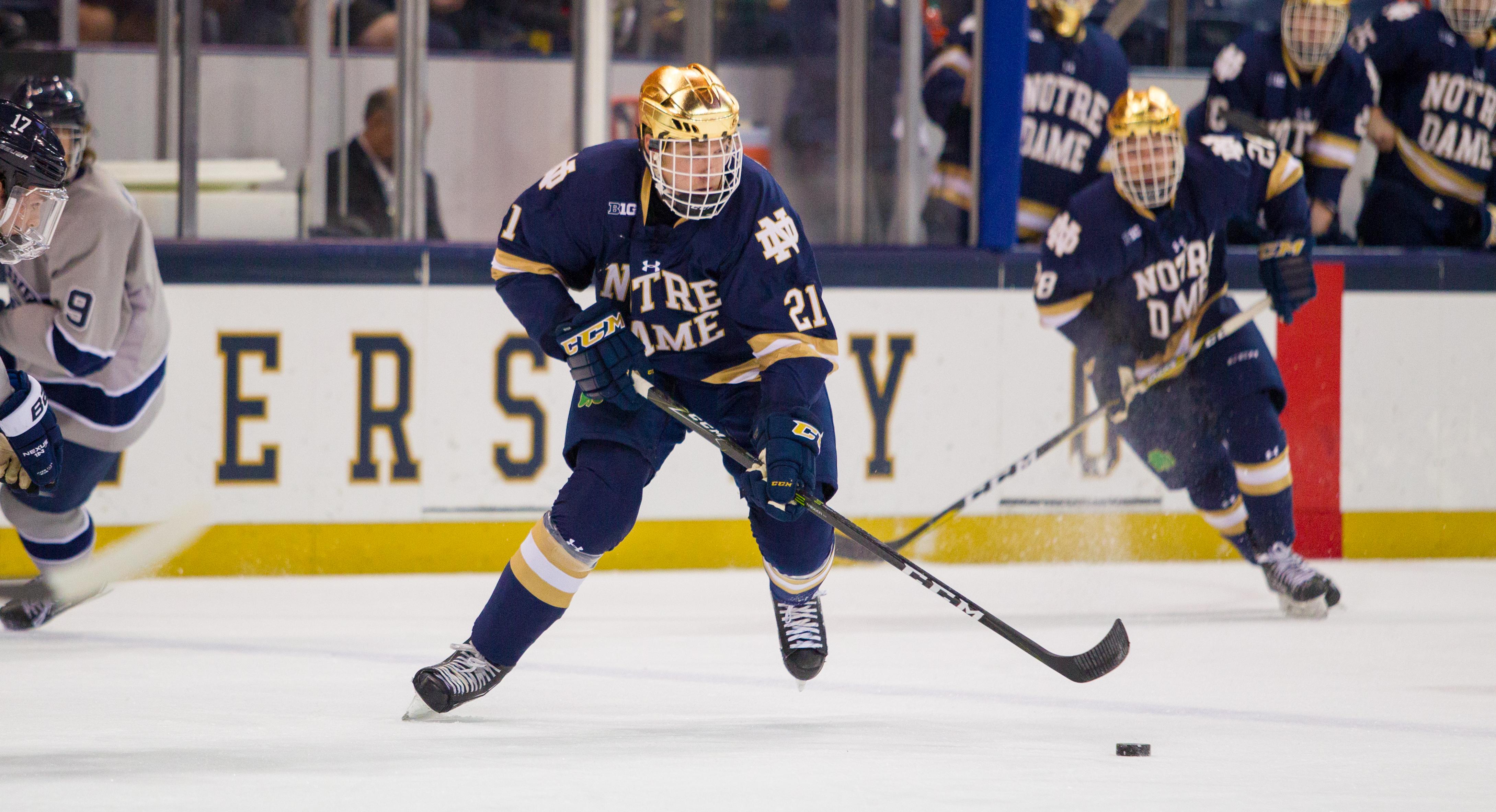 The regular season has come to a close and powerhouse program No. 5 Notre Dame — a team that went on a 16-game win streak this season and even found themselves ranked as the top team in the country at certain points — is preparing to head into the Big Ten Conference Tournament next week after a first-round bye.

On that same team is junior forward Joe Wegwerth, a Minnesota native and political science major. Skating in 25 games so far this season, he’s contributed five goals and four assists to the Fighting Irish and their 22-8-2 record.

“Honestly, going to the Frozen Four (in 2016-17), winning the Big Ten regular season this year and being able to hang a few banners is really cool,” Wegwerth said. “So just being able to be a part of that has been really great.”

Rewinding back to the 2010-12 seasons, Wegwerth got his competitive start playing high school hockey with the Brewster Bulldogs. The forward served as captain for the 2011-12 season, during which he played in 34 games and recorded a career-high 17 goals and 35 assists for 52 points. The same season, Wegwerth received an offer to join USA Hockey’s National Team Development Program in Ann Arbor.

During his first season with the NTDP, the forward made an appearance in 27 games for the Under-17 Team. He finished the 2012-13 season with seven goals and six assists for 13 points, and also committed to Notre Dame.

The following 2013-14 season, Wegwerth played in 60 games recording three goals and six assists for nine points. He was a part of the U.S. Men’s National Under-18 Team that won gold at the U18 World Championship and made an appearance in all seven games of the tournament. He tallied two assists to help the team to gold and was later a fourth-round draft pick by the Florida Panthers in the 2014 NHL Entry Draft.

“I vividly remember running on one of those curved treadmills upstairs after one practice with guys yelling in my ear, thinking ‘Is it worth it?’” Wegwerth said. “And I’m looking right at a picture of one of the teams that has just won a world championship and I’m just like, ‘Alright, alright. This is definitely worth it.’”

After two years with the NTDP, Wegwerth split the 2014-15 season with the Green Bay Gamblers and Cedar Rapids RoughRiders of the USHL. While with the RoughRiders, Wegwerth made an appearance in 24 games, recording four goals and five assists for a nine-point total. He also spent 35 games with Green Bay, recording five goals and 16 assists for 21 points with the program. For the entire season, Wegwerth played in 59 games, with five goals, 21 assists and 30 points total.

Along with Cedar Rapids teammate Andrew Oglevie, Wegwerth then made his transition to college hockey. So far in his career with the Fighting Irish, Wegwerth has played in 88 games. His freshman year, he scored one goal and three assists for a four-point total, and increased both of those numbers his sophomore year to seven and four, respectively, where the team made a Frozen Four appearance.

For the 2017-18 season, Wegwerth is on track to replicate those same numbers, having played in 25 games so far during his junior season with the Fighting Irish. As the regular season comes to a close, Wegwerth and the rest of the Fighting Irish have switched gears to focus on conference and tournament games in the upcoming few weeks.

“The Big Ten Championship is a goal of ours, and obviously last year we went to the Frozen Four and didn’t get the job done,” Wegwerth said. “So getting back there and finishing the job is pretty much it for this year.”

Notre Dame will begin the Big Ten Tournament on Saturday, March 10th, with the NCAA Tournament waiting just around the corner on March 23rd. 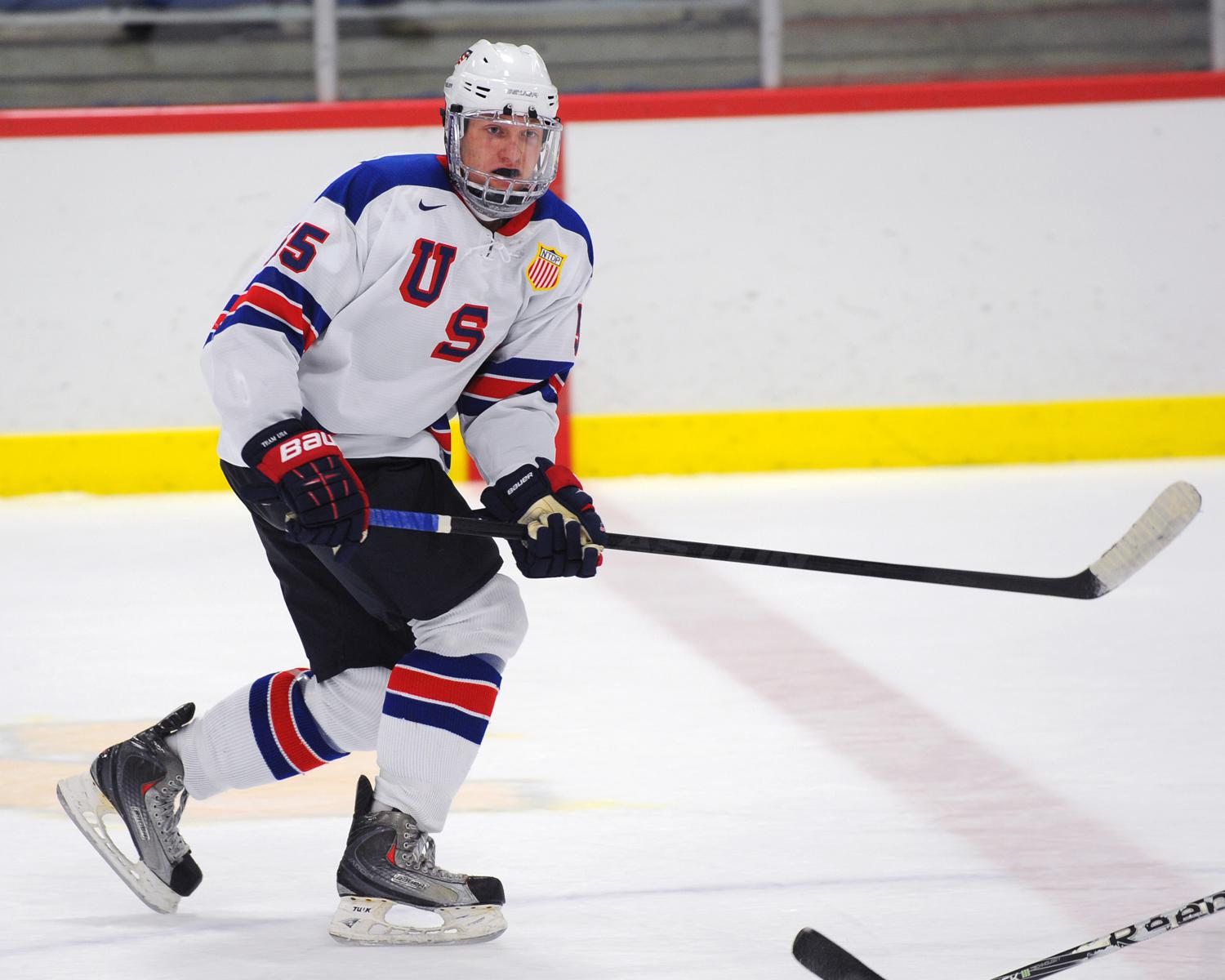 And I’m looking right at a picture of one of the teams that has just won a world championship and I’m just like, ‘Alright, alright. This is definitely worth it.’