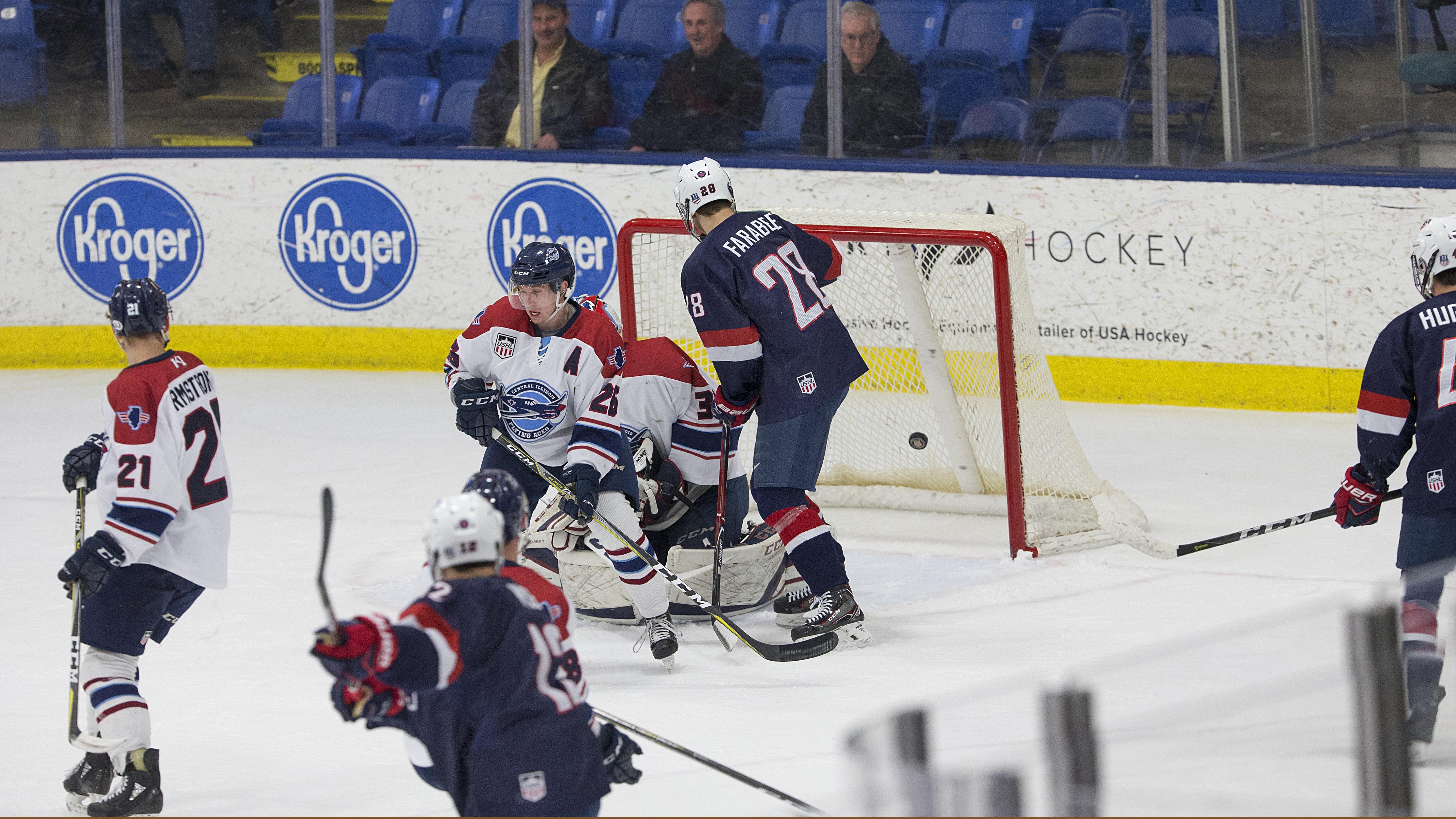 Cole Caufield (Stevens Point, Wis.) opened scoring for the U18s. He skated it in and around Flying Aces goaltender Zach Stejskal at 3:36 of the first period. Jake Wise (Reading, Mass.) and Jack DeBoer (Madison, N.J.) picked up assists on the goal.

Wise picked up his second point of the night sending a wrister into the back of the net on the power play at the 14:28 mark of the first. Jack Hughes (Orlando, Fla.) and Oliver Wahlstrom (Quincy, Mass.) picked up assists on the goal.

Jonathan Gruden (Rochester, Mich.) gave the U18s a 3-0 lead, also on the power play, at 17:35 of the first period. Tyler Weiss (Raleigh, N.C.) and Alex Turcotte (Island Lake, Ill.) picked up the helpers on the play.